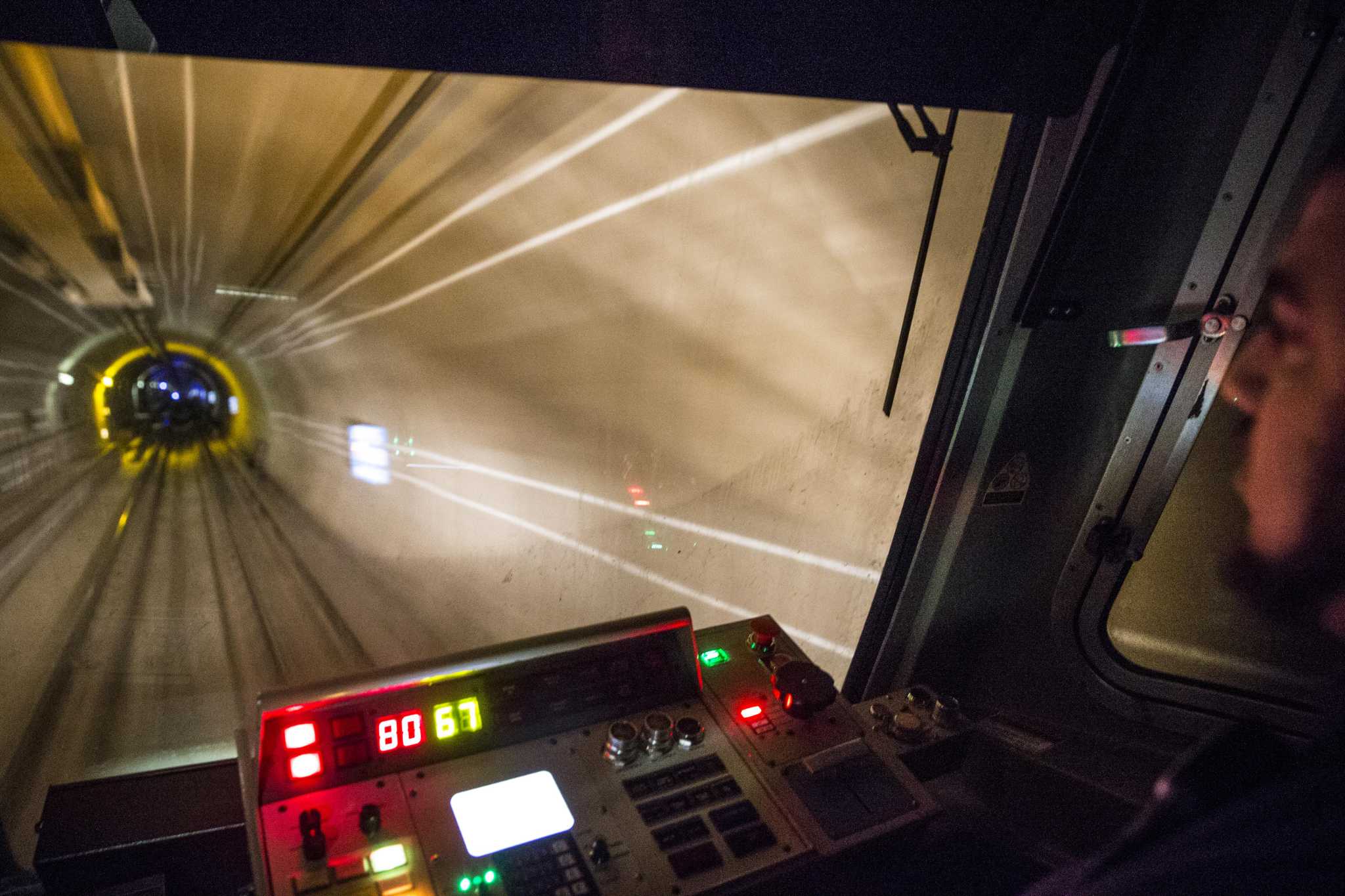 BART told riders to expect “major delays throughout the system” until trains stop running Friday after an early morning electrical problem in the Transbay Tube snarled the transit agency’s operations and at one point stranded a train inside the tube with about 200 people on board.

The train was stuck in the Transbay Tube for just over an hour between the Embarcadero and West Oakland stations after a power problem forced the transit agency to shut down one of the tracks, officials said Friday morning.

The disabled train, which was heading to San Francisco, was stranded on the decommissioned railroad when the problem began shortly before 7:15 a.m. Friday morning.

At 8:35 a.m., another train moved it back to West Oakland, BART spokeswoman Cheryl Stalter said, where everyone got off at the station.

That problem started when an electrical surge tripped a switch, which took a rail in the pipe out of service, officials said. Crews were working to determine the cause of the problem.

Officials added that they would not be able to fix the problem until after service ended Friday night, because that would require BART to stop all service in the tube for crew safety.

A service advisory on Friday urged people to “seek alternative modes of transport.”[ads1]; AC Transit offered free rides on transbay lines, while officials recommended Muni for trips in San Francisco and ferry service across the bay.

It was the second time in less than a week that equipment problems in the tube have disrupted service.

On Sunday, the service was restored after around two hours. Officials did not say what caused the problem at the time.

The problems emerged as the transit agency sought to celebrate its 50th anniversary while facing its biggest drop in ridership in five decades of operation, prompted by the pandemic, which has thrown its financial future into doubt.