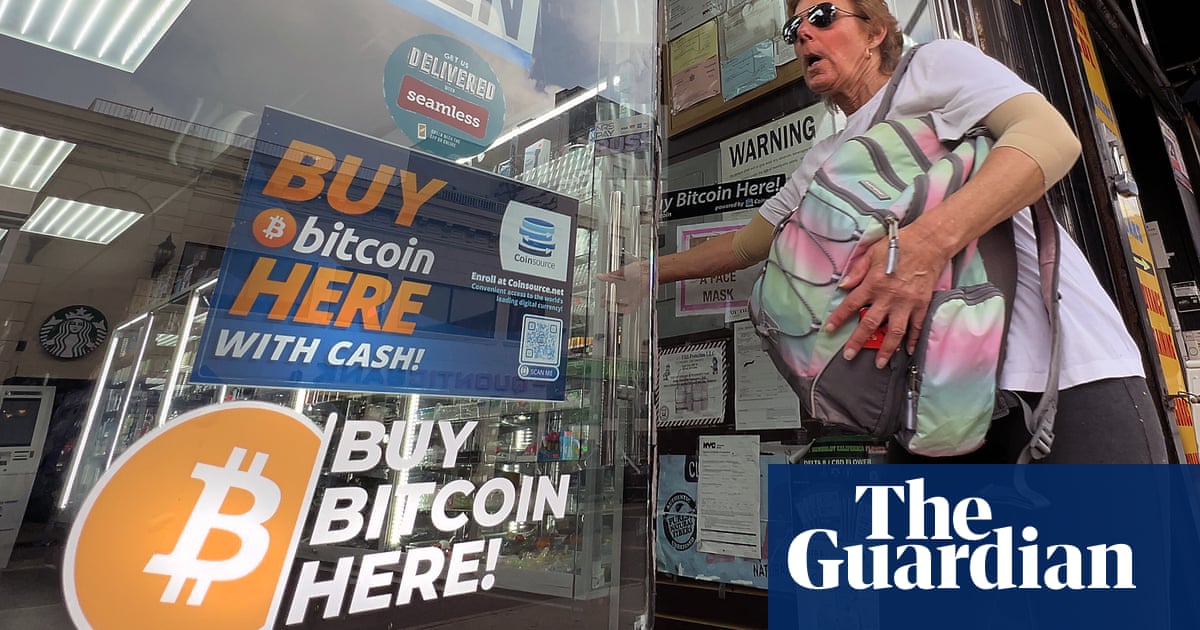 The largest US cryptocurrency companies have the capacity to use as much power as almost every home in Houston, Texas; energy use that contributes to rising electricity bills, according to a survey conducted by Democratic lawmakers.

Cryptomining is a very energy-intensive process that involves the use of specialized computers that are constantly running to solve complex mathematical problems to create new virtual coins.

Energy consumption in industry is greater than in entire countries. The United States has become the center of cryptocurrency mining after it was banned in China. More than a third of the global computing power dedicated to the mining of bitcoin, the largest cryptocurrency, comes from the United States, Senator Elizabeth Warren and five other Democrats reported in a letter to the Environmental Protection Agency.

“The results of our study … are disturbing … and reveal that cryptocurrencies are large energy users that account for a significant – and rapidly growing – amount of carbon emissions,” the letter reads. “It is important that their agencies work together to address the lack of information on the energy use and environmental impacts of cryptocurrencies.”

Congressmen have asked the EPA and the Department of Energy to demand that cryptocurrencies disclose emissions and energy use, noting that regulators know little about the full environmental impact of industry.

Lawmakers requested information from seven of the largest US cryptocurrency companies, including Stronghold, Greenidge, Bit Digital, Bitfury, Riot, BitDeer and Marathon, on their energy sources and consumption and the climate impact of their operations. The data revealed that the industry uses a significant amount of electricity, increases production and creates significant carbon emissions at a time when the United States needs to drastically reduce emissions to combat the climate crisis.

Emission data from three companies, Bit Digital, Greenidge and Stronghold, indicated that their operations generate 1.6 million tonnes of CO2 annually, a quantity produced by almost 360,000 cars. Their environmental impact is significant despite industrial claims about clean energy use and climate commitments, lawmakers wrote.

“Bitcoin miners use huge amounts of electricity that can be used for other priority end uses that contribute to our electrification and climate goals, such as replacing home heaters with heat pumps,” the letter said.

“The current energy use of cryptomination results in large amounts of carbon emissions and other negative impacts on air quality, as well as impacts on the electrical grid.”

The power needs of the industry also come at a cost to consumers, the letter said, citing a study that found that cryptocurrency mining operations in New York State led to an increase in electric bills of about $ 165 million for small businesses and $ 79 million for individuals.

In Texas, which has become a cryptocurrency hub, the industry is expected to continue to expand significantly in the coming years, increasing the amount of electrical load to nearly a third of the network’s current maximum capacity over the next four years and charging the system, according to a report from Verge.

“The more crypto-mining that comes into the state, the higher residents should expect electricity prices to be,” Eric Hittinger, a professor at the Rochester Institute of Technology, told the outlet.

The cryptocurrency market has crashed in recent months, falling in value from more than $ 3tn in November 2021 to less than $ 1tn.