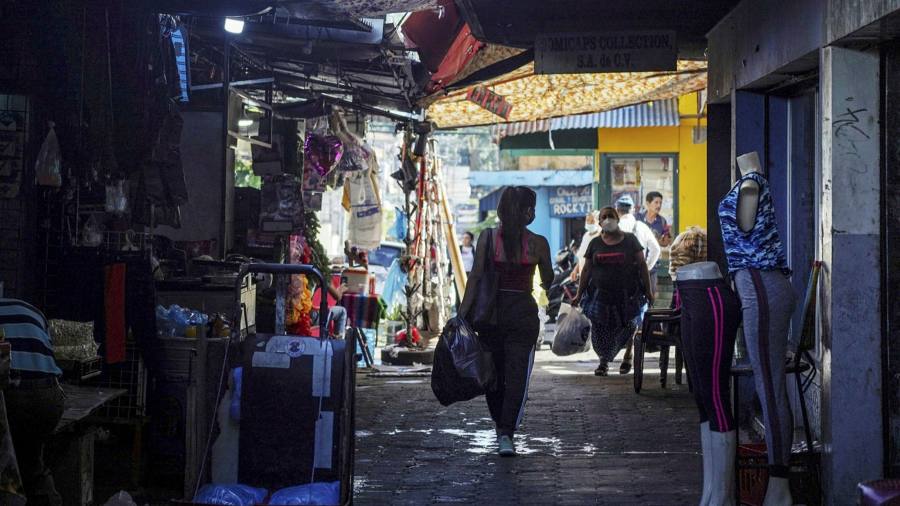 Foreign investors have pulled funds out of emerging markets for five straight months in the longest streak of withdrawals on record, highlighting how recession fears and rising interest rates are shaking developing economies.

Cross-border outflows by international investors in EM stocks and domestic bonds reached $10.5 billion this month, according to preliminary data compiled by the Institute of International Finance. That took outflows over the past five months to more than $38 billion — the longest period of net outflows since records began in 2005.

The outflows risk exacerbating a growing financial crisis across developing economies. In the past three months, Sri Lanka has defaulted on its sovereign debt, and Bangladesh and Pakistan have both turned to the IMF for help. A growing number of other issuers across emerging markets are also at risk, investors fear.

Many low- and middle-income developing countries are suffering from falling currencies and rising borrowing costs, fueled by interest rate hikes from the US Federal Reserve and fears of recession in major advanced economies. The US this week recorded its second consecutive quarterly output decline.

Investors have also pulled $30 billion so far this year from EM foreign currency bond funds, which invest in bonds issued on capital markets in advanced economies, according to data from JPMorgan.

The foreign-currency bonds in at least 20 frontier and emerging markets are trading at a yield more than 10 percentage points above that of comparable U.S. Treasuries, according to JPMorgan data compiled by the Financial Times. Spreads at such high levels are often seen as an indicator of severe financial stress and default risk.

It marks a sharp reversal of sentiment from late 2021 and early 2022, when many investors expected emerging economies to rebound strongly from the pandemic. As recently as April this year, currencies and other assets in commodity-exporting EMs such as Brazil and Colombia performed well on the back of rising oil and other commodity prices following Russia’s invasion of Ukraine.

But fears of global recession and inflation, aggressive increases in US interest rates and a slowdown in Chinese economic growth have caused many investors to withdraw from EM assets.

Jonathan Fortun Vargas, an economist at the IIF, said cross-border withdrawals had been unusually widespread across emerging markets; in previous episodes, outflows from one region have been partially balanced by inflows to another.

“This time the sentiment is generalized to the downside,” he said.

Analysts also warned that, unlike previous episodes, there was little immediate prospect of global conditions turning in the EC’s favour.

“The Fed’s position appears to be very different from that in previous cycles,” said Adam Wolfe, EM economist at Absolute Strategy Research. “It is more willing to risk a US recession and to risk destabilizing financial markets to bring down inflation.”

There is also little sign of economic recovery in China, the world’s largest emerging market, he warned. That limits its ability to drive a recovery in other developing countries that depend on it as an export market and source of finance.

“China’s financial system is under strain from the economic slowdown of the past year, and that has really limited the banks’ ability to continue to refinance all their loans to other emerging markets,” Wolfe said.

A report on Sunday highlighted concerns about the strength of China’s economic recovery. An official purchasing managers’ index for the manufacturing sector, which measures managers on topics including output and new orders, fell to 49 in July from 50.2 in June.

The reading suggests that activity in the country’s sprawling factory sector, a key engine of growth for emerging markets, has fallen into contraction territory. The decline was due to “weak market demand and production cuts in energy-intensive industries”, according to Goldman Sachs economists.

Meanwhile, Sri Lanka’s default on its external debt has left many investors wondering who will be the next sovereign borrower to enter restructuring.

Spreads over US Treasuries on foreign bonds issued by Ghana, for example, have more than doubled this year as investors priced in a growing risk of default or restructuring. Very high debt servicing costs are eroding Ghana’s foreign exchange reserves, which fell from $9.7 billion at the end of 2021 to $7.7 billion at the end of June, a rate of $1 billion per quarter.

If that continues, “suddenly over four quarters reserves will be at levels where the markets are really starting to worry,” said Kevin Daly, chief investment officer at Abrdn. The government is almost certain to miss its fiscal targets for this year, so the drain on reserves is set to continue, he added.

Borrowing costs for major ECs such as Brazil, Mexico, India and South Africa have also increased this year, but to a lesser extent. Many major economies acted early to combat inflation and introduced policies to protect them from external shocks.

The only major EM of concern is Turkey, where government measures to prop up the lira while refusing to raise interest rates – effectively promising to pay local depositors the currency depreciation costs by sticking to the currency – have high tax costs.

Such measures can only work while Turkey has a current account surplus, which is rare, Wolfe said. “If it needs external funding, these systems will eventually break down.”

However, other major emerging economies are facing similar pressures, he added: reliance on debt financing means governments will eventually have to suppress domestic demand to bring debt under control, risking a recession.

Fortun Vargas said there was little flight from the sale. “What’s surprising is how strongly sentiment has turned,” he said. “Commodity exporters were investors’ favorites just a few weeks ago. There is no dear now.”