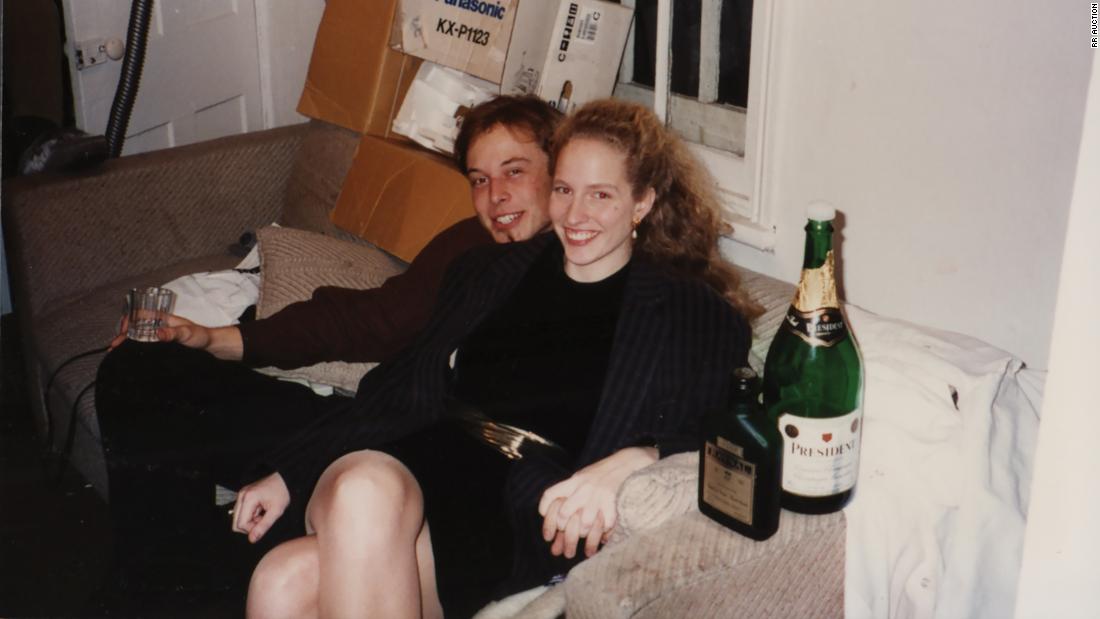 The ex-girlfriend of tech entrepreneur Elon Musk is auctioning off a cache of photos and Musk memorabilia from her relationship with the billionaire. Jennifer Gwynne, Musk’s college sweetheart, is selling the memorabilia through Boston-based RR Auction.

Gwynne and Musk began dating in 1994 when they were both working as resident advisors in a college dorm, according to a press release RR Auction shared with CNN. Shortly after graduating from the University of Pennsylvania, Musk entered a PhD program at Stanford, but dropped out to launch his first startup, Zip2.

The lot includes 18 candid photos of the entrepreneur as an economics student at the University of Pennsylvania, as well as several other memorabilia from Musk and Gwynne̵[ads1]7;s time together.

The glossy photos show the billionaire appearing to be the normal university student before his meteoric rise to success: fooling around in a dorm, hanging out with his fellow advisers and cuddling with his girlfriend.

The item with the current highest bid is a signed birthday card, followed by a necklace that was given to Gwynne on her birthday.

The gold necklace includes an emerald from the Zambian emerald mine owned by Musk’s father Errol, a wealthy South African property developer and engineer.

“When we went to visit Elon’s mother in Toronto during the Christmas holidays in 1994, Elon gave me both the little ‘love, love, love’ note and the necklace,” Gwynne said in RR’s statement. “His mother had a number of these necklaces in a case in her bedroom, and Elon told me they were from his father’s emerald mine in South Africa – he pulled one from the case. And because I hadn’t gotten him anything for Christmas (and (I felt very guilty about it), he said we would consider the necklace as an early birthday present for me.”

“I wore the necklace for a number of years on and off, but it’s mostly been in my jewelry box for the last ten years (always reminds me of Elon, of course).”

Tesla superfans can bid on a piece of Musk orabilia until Wednesday, when the auction ends.