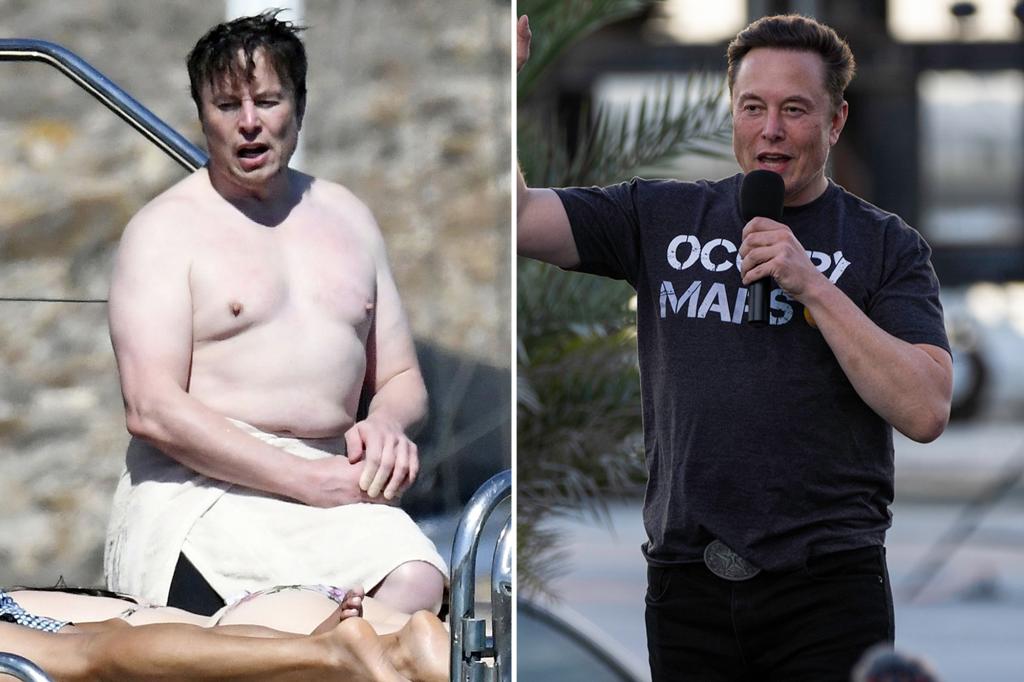 Elon Musk revealed at the weekend that he has embraced intermittent fasting – weeks after the billionaire faced some online trolling after pictures emerged of him relaxing shirtless on a yacht near Mykonos.

Musk, 50, told followers on Sunday that he is “over 20 lbs down from my (unhealthy) peak weight.” He said intermittent fasting has contributed to his recent diet success.

“On the advice of a good friend, I’ve been intermittent fasting and feeling healthier,” Musk tweeted.

Musk referred to his use of the “Zero” fitness app, describing it as “pretty good.” The app bills itself as a resource for users to “unlock the power of intermittent fasting to lose weight and improve your metabolic health.”

In a tweet to another follower, Musk said he also lifts weights “a little.”

Musk caused a stir on social media in July after Page Six exclusively snapped photos of the Tesla chief looking doughy as he relaxed on a luxury yacht with William Morris Endeavor CEO Ari Emanuel and his new bride Sarah Staudinger.

The world’s richest individual poked fun at himself on Twitter when the pictures started popping up in memes.

“Haha damn, maybe I should take my shirt off more often… release the pacifier!! (already back at the factory btw)” Musk tweeted at the time.

Musk made further comments in July in response to a post from the account @WholeMarsBlog, which criticized people for mocking the billionaire’s physique.

“Under new CDC guidelines, anyone who posts a shirtless sample of @elonmusk to make fun of him must also post a shirtless photo for comparison,” the account said.

“Tbh, that’s good motivation to exercise, eat healthier and maybe take my shirt off outside more than once a year haha,” Musk joked in response.

Musk also drew criticism from his father, South African engineer Errol Musk, who said his son was “eating poorly” and suggested he should take diet pills to manage his weight.

In response, Elon Musk admitted that he wanted to start exercising more often.

“I need to work out and get in better shape,” Musk said. “I don’t really like working out, but I have to.”

Intermittent fasting refers to “an eating schedule that alternates between fasting and eating on a regular schedule,” according to a blog post by Johns Hopkins Medicine.

“Research shows that intermittent fasting is a way to manage your weight and prevent — or even reverse — some forms of disease,” the post said.

Musk must balance his training schedule within a busy schedule that includes running several companies, including Tesla and SpaceX.

He is also in the middle of a protracted legal battle with Twitter after pulling out of a $44 billion deal to buy the social media firm. A trial to resolve the dispute is due to start in October.