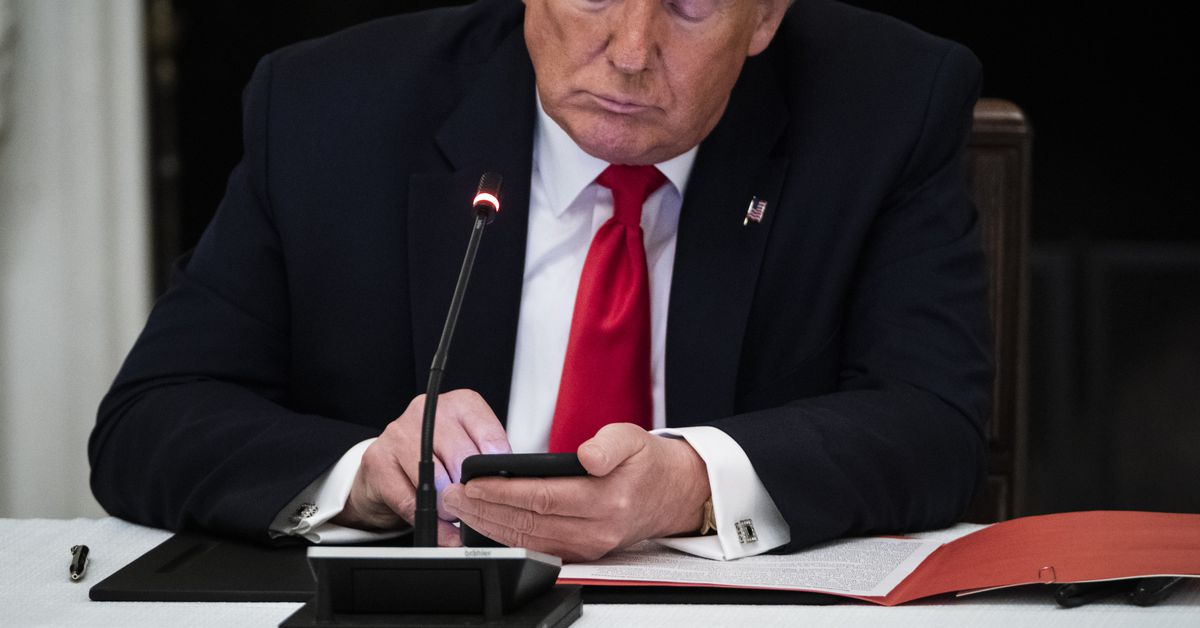 Donald Trump is allowed to rejoin Twitter, Elon Musk has announced that. Musk justified the decision based on the results of his own personal Twitter survey. The @realDonaldTrump the account and its tweets are fully visible again, just days after Trump confirmed he will run for president again in 2024.

Shortly after taking control of the social network, Musk said he would not reinstate any banned accounts until the company had created and convened a content moderation board with “widely differing views.”

Instead, he decided to ask his own followers on Twitter Friday night, as people drifted off for the weekend before Thanksgiving. “Reinstate former President Trump,” he tweetednext to a poll with buttons to choose “Yes” or “No”.

“Vox Populi, Vox Dei,” he added in a follow-up tweet, Latin for “the voice of the people is the voice of God.”

“Yes” respondents won by a narrow margin of 52–48. It is not clear how many of them may have been robots; Musk himself suggested that the poll was attacked by robots. Musk also tried to get out of the Twitter deal by claiming that as many as 20 percent of Twitter’s accounts were fake, and he once suggested that robots were responsible for the results of his controversial poll on Russia and Ukraine.

Above 134 million people watched the vote, according to Musk, although it ended up with just over 15 million responses. It suggests that only about 11 percent of those who saw it clicked on one of the buttons.

We’ll probably never know if Musk actually made the decision based on the poll or if he’s already made up his mind. In November 2021, he sold 10 percent of his Tesla shares after he polled his followers, and the majority said he should. At the time, he wrote: “I will follow the results of this poll, whichever way it goes.” But The Wall Street Journal revealed that he had already made the decision to sell those shares by September, two months earlier, as part of a preset trading plan meant to keep executives from insider trading.

Former President Trump was banned from Twitter on January 8, 2021, “due to the risk of further incitement to violence” following Trump’s role in inciting the January 6 Capitol attacks. Twitter said at the time that Trump’s messages violated its rules against the glorification of violence. From that point until tonight, visitors to his Twitter profile were met with an “account suspended” message, instead of seeing his tweets.

During the long and rocky process of buying Twitter, Musk said he would restore Trump’s account. “I think it was wrong to ban Donald Trump,” Musk said in May. “I think it was a mistake because it alienated a large part of the country and didn’t ultimately result in Donald Trump not having a vote … So I guess the answer is I would reverse the permaban.”

It is not clear whether Trump will return to Twitter, invited or not. After being suspended by Twitter, Trump joined Truth Social, a right-wing social media company developed by a firm founded by the former president. After Musk’s comments about letting him rejoin Twitter, Trump said he would stay on Truth Social regardless of whether he was invited back. “Twitter has become very boring. “They’ve gotten rid of a lot of good voices on Twitter, a lot of their conservative voices,” Trump said at the time.

On Saturday, after being asked about Musk’s polling during a Q&A, Trump suggested he might not join again, saying, “I don’t see it because I don’t see any reason to.” But Trump also told his followers on Truth Social to vote in the Twitter poll on Saturday afternoon, about three hours before the polls closed.

Musk has previously described himself as a centrist, but said in May 2022 that he “can no longer support [Democrats] and will vote Republican.” Right ahead of the US midterms, Musk publicly suggested to his followers to vote Republican as well.

Musk also announced that Jordan Peterson, Kathy Griffin and The Babylon Bee would all be reinstated, without mentioning that the aforementioned content moderation council was created. Musk also did not mention a content moderation council alongside tonight’s decision to reinstate Trump. It’s not clear what happened to his promise that “no major content decisions or account reinstatements will happen until that council convenes.”

If Trump decides to return to Twitter, it could have a significant effect on the 2024 US election, with the former president once again in possession of his favorite megaphone: a Twitter account monitored by the world’s media that he can use to govern both support and abuse – and the implicit support of the owner of that platform to do so.