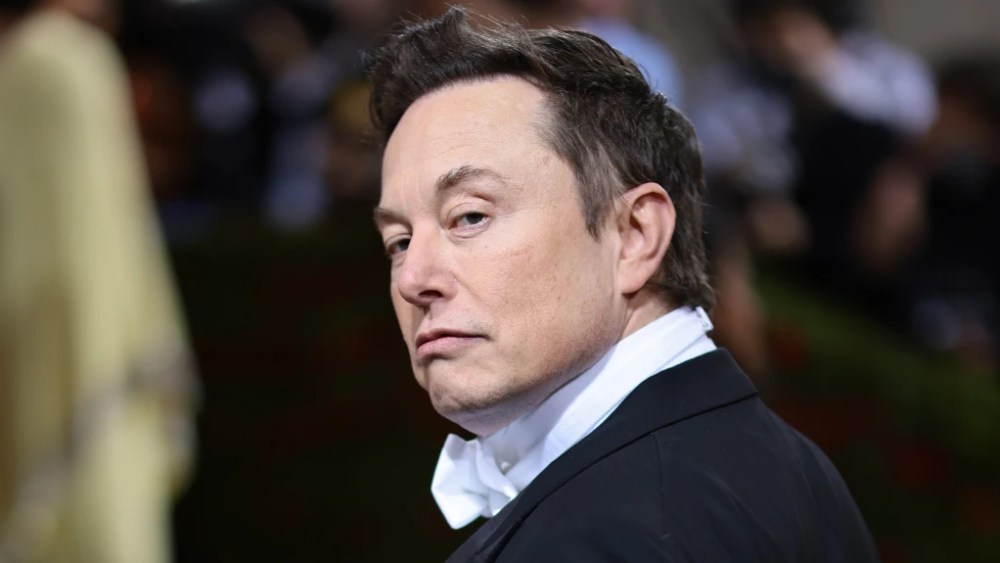 Washington Post technology columnist Taylor Lorenz said her Twitter account was suspended Saturday after she tweeted a request for comment to Elon Musk, the tech mogul who is the social network’s new owner, about a story she was working on.

Lorenz’s Twitter account (@TaylorLorenz), which she activated in 2010, had more than 340,000 followers before it was suspended. “Earlier tonight Elon Musk suspended my Twitter account,” she wrote on Substack. “I received zero communication from the company as to why I was suspended or what terms I violated.”[ads1];

“Super crazy. Elon seems to ban anyone who disagrees with him,” Lorenz said in a TikTok video she shared Saturday night. Lorenz had been tweeting from an alternative Twitter account, @nodreamsoflabor, before it was also banned.

Musk has not publicly commented on Twitter’s suspension of Lorenz. There was no response to a request for comment Variety email to Twitter’s PR mailbox.

Twitter’s ban on Lorenz, who has regularly reported on Twitter and Musk, comes after the mega-billionaire suspended the Twitter accounts of several journalists on Thursday – alleging they had “doxxed” him, after some (but not all) posted links to an account that tracked his private jet — before reposting several of them Friday night.

The deactivation of Lorenz’s account, with no apparent explanation, makes it appear that Musk, who has called himself a “free speech absolute,” is now waging a campaign to keep information and comments critical of him off the platform he bought for 44 billion dollars.

In the Substack post, Lorenz said there were only three tweets live on her Twitter account when it was banned: two promoting her profiles on TikTok and Instagram, and a third asking Musk for comment on a story involving Musk as her and WaPo -colleague Drew Harwell (whose account was banned and then suspended) has worked with.

Lorenz did not give details about what the story was about. Her tweet at Musk said in part: “We have learned some information that we would like to share and discuss with you.”

At least two journalists Twitter banned and then suspended this week, Aaron Rupar and Tony Webster, denied posting information that could be construed as “doxxing,” which refers to sharing someone’s private information online without their permission. “This is not the free speech we were promised,” Webster tweeted Friday night. “To be clear, there was no ‘doxing’ – even if an impulsive, responsible-for-nobody oligarch said so.”

Twitter is demanding that some of the journalists they suspended delete tweets that were deemed to violate Musk’s brand new policy that prohibits the sharing of real-time location information (“regardless of whether this information is publicly available”). Podcaster and political commentator Keith Olbermann Saturday posted from his dog rescue Twitter account regarding the suspension of @keitholbermann, “I’ve been unbanned and then banned and then re-banned and banned until I delete a tweet you can’t see anyway…within two hours. What a clown this @elonmusk snowflake is. »

Journalists whose Twitter accounts were suspended — and have not been restored — include Fox Business correspondent Susan Li (@susanlitv), who said in a segment on the network Friday that she was booted from the social network after posting a link to a plane tracking website to show how Musk’s private jet can be tracked using publicly available sources. Also still banned from Twitter as of Saturday was Insider’s Linette Lopez (@lopezlinette), who has reported on Musk and his companies for years. Lopez told the AP that shortly before her suspension, she had posted legal documents on Twitter that included an email address for Musk from 2018, but which Lopez said was not up to date.

On Friday, Representative Adam Schiff (D-Calif.), currently chairman of the House Intelligence Committee, criticized Musk’s ban on journalists. “Elon Musk calls himself a free speech absolute, to justify turning a blind eye to hate and bigotry on Twitter. But when journalists report unfavorable news, they are banned without warning,” Schiff wrote in one chirping. “The devotion to free speech is apparently not so absolute. But the hypocrisy is.”

Musk black to Schiff: “Fortunately, you will lose the chairmanship very soon. Your brain is too small.”

On Instagram, Lorenz posted a photo of herself Saturday with New York Times reporter Ryan Mac, both posing with their hands over their mouths.