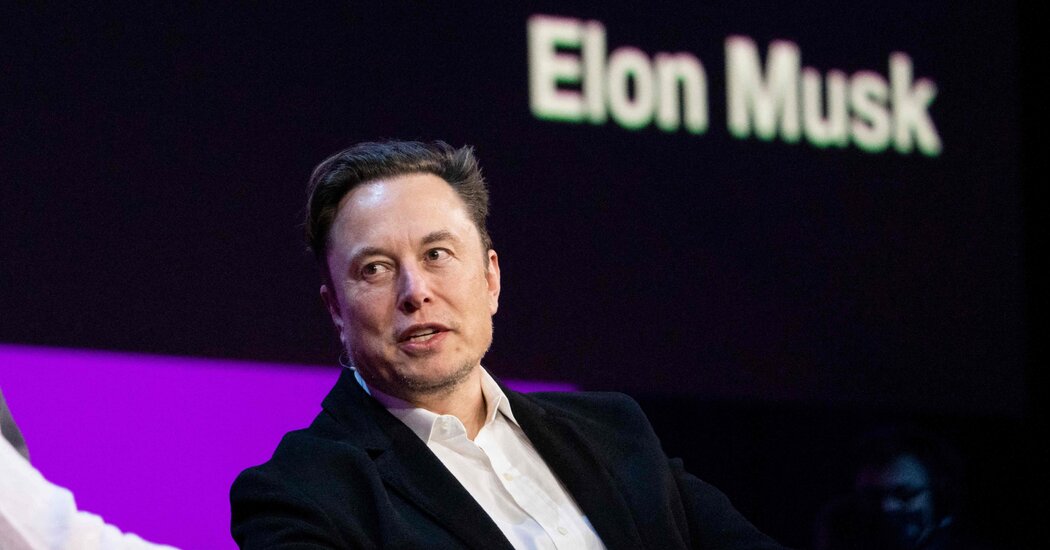 Twitter users on Monday expressed a mixture of excitement, concern and skepticism about Elon Musk’s takeover of the site. And perhaps not surprisingly, the reaction reflected the divided political and cultural character of the ongoing conversation on the platform.

The news generated several trend topics on Twitter, including Mr. Musk’s name and the hashtags #RIPTwitter and #twittersold.

Many asked questions about Mr. Musk’s plans for the company.

Jack Dorsey, a Twitter founder who twice served as CEO and sits on the company’s board, tweeted a link to the Radiohead song “Everything in Its Right Place” and thanked Mr. Musk “for getting the company out of an impossible situation. “

“This is the right way,” he added. “I believe it with all my heart.”

In principle, I do not believe that anyone should own or operate Twitter. It wants to be a public good at the protocol level, not a company. Elon solves the problem of being a company, but Elon is the unique solution I trust. I trust his mission to expand the light of consciousness.

John Scott-Railton, a researcher at the University of Toronto’s Citizen Lab, wrote: “Does Musk have plans to release Trump back on the platform? Will he look at the DMs for suspected enemies? » he asked, referring to Twitter’s private, direct messaging feature.

– Does Musk have plans to put Trump back on Twitter?
– Will he look at the DMs for suspected enemies?

Officials and political decision-makers, in the United States and beyond, shared their views, showing how the site had become a kind of political battleground.

Senator Ted Cruz, Republicans of Texas, has posted a poll for Twitter followers, asking, “Is Elon Musk’s purchase of Twitter a good thing?” The two answer choices – “Yes” and “No, I hate freedom of speech” – seemed to indicate his support for the move.

Governor Ron DeSantis, the Republican in Florida, wrote that Elon Musk’s offer to buy Twitter was “a good deal for shareholders and raises the prospect that the platform will be a place where freedom of expression can thrivenot a tool for narrative enforcement. ”

.@elonmuskits offer to buy Twitter is a good deal for shareholders and increases the prospect that the platform will be a place where freedom of expression can thrive, not a tool for narrative enforcement.

Nigel Farage, the British politician who pushed for a hard line break with the EU, wrote on Twitter: “Good news. Congratulations so much, Elon Musk. Let’s hope this marks a turning point.”

On the other side of the political spectrum, lawmakers were concerned about Mr. Musk’s motives and his wealth. “Treasure the rich,” wrote Representative Pramila Jayapal, a Democrat in Washington. “It’s absurd that one person can afford to buy Twitter for more than $ 40 billion while working families across this country have to choose between buying groceries or prescription drugs every day.”

Senator Elizabeth Warren, Democrat from Massachusetts, divided a similar message: «This agreement is dangerous for our democracy. Billionaires like Elon Musk play by a different set of rules than everyone else, and gather power for their own gain. We need a wealth tax and strong rules to hold Big Tech accountable. “

Robert Reich, a Labor secretary under former President Bill Clinton, touched on the fears of many progressives when he wrote on the website: “When billionaires like Elon Musk justify their motives by using ‘freedom’, beware. What they are actually seeking is freedom from responsibility. “

When billionaires like Elon Musk justify their motives by using “freedom”, beware. What they are actually seeking is freedom from responsibility.

In the business world, Mr. Musk’s allies were optimistic. Keith Rabois, a venture capitalist who worked at PayPal with Mr. Musk, posted earlier on Monday“Okay, now I can finally start tweeting.”

The entertainment world also noticed it. Ice Cube, the rapper and actor, wrote on Twitter: “Finally free!” He tagged Mr. Musk and wrote, “Take off my shadow ban,” referring to a subtle form of restricting a user’s post without notifying them.

Dr. Peter Hotez, a vaccine researcher who has often spoken publicly about receiving threats online after talking about pandemic security measures, has said that he is forced to block two to four people or groups most days “because of their threatening tweets or threats.” He said on Twitter that he would seek an alternative to the site if the hateful responses to him increased significantly.

My view on Twitter: Every day, I block 2-4 individuals or groups on average because of their threatening tweets or threats. It increases X10-20 when FoxNews anchors send out an evening dog whistle / attack. If things under Elon Musk remain as they are, I guess I’ll probably tolerate it, though

And some expressed concern that people would leave the platform. “This is like a season finale on Twitter,” he wrote Jane Manchun Wonga technology blogger and researcher.