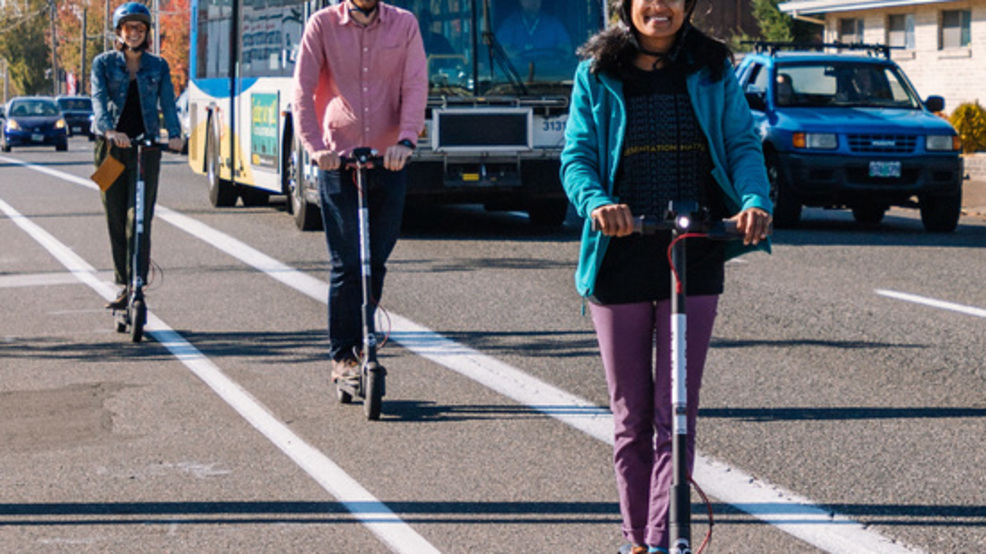 PORTLAND, Ore. – The divisible e-scooters return to Portland and could be back on the streets as soon as April 26, but the city's transport agency said Monday that there will be some changes in how the security rules are enforced.

The Portland Bureau of Transportation (PBOT) made input from thousands of Portlanders after a pilot program last summer, which was the case in the new safety measurements as they rolled out a second, year-round trial called "Common Electric Scooter Pilot Program."

Dotane, a PBOT spokesperson, said that PBOT will monitor high-traffic areas and notify scooter companies of riders who violate rules. He says that scooters will issue warnings, fines and be able to suspend rider's accounts.

"We want to maintain access to the pavements for everyone," said Rivera.

More than 1,600 complaints were filed last year about people driving scooters on the pavement, according to the PBOT's 2018 E-Scooter Findings Report. It represents more than 26 percent of all complaints.

The group, Disability Rights Oregon, had several concerns that led to the transport agency regarding security. It said that e-scooters can be dangerous for the disabled.

Transport Commissioner Chloe Eudaly said the city heard these concerns. PBOTs are encouraging companies to use scooters that can attach to bike locks, which will keep them out of the way of pedestrians and of ADA ramps.

The city will also add on a 25 percent usage fee, and the companies will be charged between 5 and 20 cents for a "right-of-way" fee. All the money generated will go towards making multiple areas for e-scooters to safely drive.

Businesses must also use geofencing technology to prevent riders from leaving scooters in city parks, such as along the footpath of Tom McCall Waterfront Park.

Rivera says the city expects up to 2500 scooters on the streets when the pilot project begins. Companies can gradually expand their "fleets" in the future. Rivera says there may be up to 9,000 scooters on the Portland streets in January if the companies follow all of the city's rules and help the PBOT reach its goals, such as stopping people from riding on the sidewalk, stopping the wrong parking and getting better riders in East. Portland.

"One of the things we heard was that people wanted more scooters, because they couldn't find one when they wanted one," Rivera said. "Even with around 700,000 trips in four months last year, there could be several trips if they were more accessible."

These rides accounted for more than 800,000 miles.

A spokesman for Bird, one of the scooter companies in Portland in the 2018 pilot, sent the following statement to KATU News.

"Bird was proud to have partnered with Portland to serve its residents under the city's first shared e-scooter pilot program. While we are still considering the new rules provided by PBOT, we hope we can return to Portland. streets and again offer our affordable, environmentally friendly alternative to short car trips. "

Jonathan Hopkins, who works in Government Affairs for Lime, one of the other companies in Portland last year said they also look at the applications from PBOT. He said their main concern is that the high costs are being charged by the PBOT, which he says is higher than most other cities they work with.

How many scooters we could see by 2020. It may surprise you: