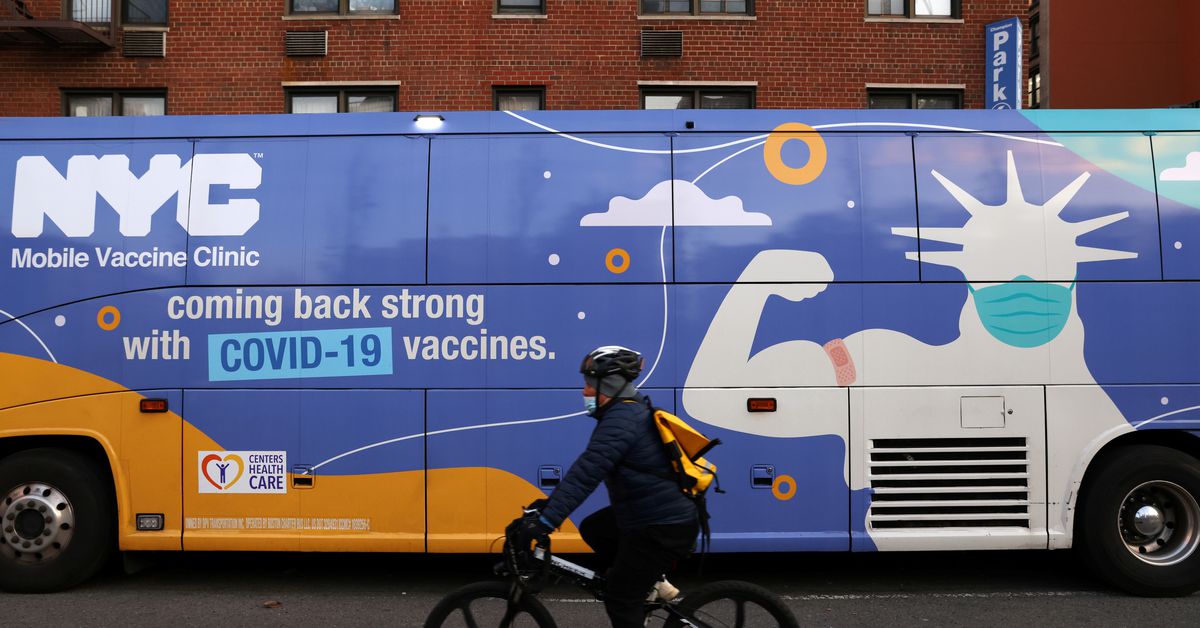 December 8 (Reuters) – The investment bank Jefferies Financial Group (JEF.N) canceled all client parties and most trips on Wednesday, and asked employees to work from home whenever possible due to a wave of COVID-19 cases.

US banks have been more confident than other industries in encouraging employees to return to the office, although these plans have been re-examined due to the rapid spread of the Omicron variant. Jefferies’ revelation raised questions about whether other banks will also consider return-to-office plans, masking mandates and travel and entertainment policies.

Headquartered in Midtown Manhattan, Jefferies recalled its staff in October. The bank has felt the impact of the pandemic acutely, as CFO Peg Broadbent died due to coronavirus complications in March 2020.

“Our priority now is to best protect each and every one of you and your families,” CEO Richard Handler wrote in a note set by Reuters. “With effect today, we are canceling all social events and entertainment until January 3.”

The company has had more than 40 new COVID-19 cases this month, including 10 on Tuesday, the memo said, adding that only very few cases required hospitalization. Handler added that Jefferies reintroduced a mask mandate in all offices, regardless of vaccination status.

The investment bank, which has 3,000 employees worldwide, also has offices in Asia and Europe. More than 95% of Jefferie’s employees have now been vaccinated, and all visitors to Jefferie’s offices must be fully vaccinated, Handler said in the note.

Most major US banks have had employees working in offices since the summer. Senior bankers such as Goldman Sachs CEO David Solomon and Morgan Stanley CEO James Gorman have talked about the benefits of personal interaction, especially for younger employees.

So far, US banks are sticking to their existing COVID-19 policy, although sources at the “big six” companies say they are following developments closely. read more

Goldman Sachs (GS.N), Morgan Stanley (MS.N) and JPMorgan (JPM.N) have had most workers back in offices on a rotating basis since the summer.

Others, such as Wells Fargo (WFC.N), Citigroup (CN) and Bank of America (BAC.N), have taken a more flexible stance.

Wells Fargo pushed plans to return to the office back in January, while Citigroup employees in New York, Chicago, Boston, Philadelphia and Washington, DC have been working from the office at least two days a week since September 13.

Some US banks also choose not to host holiday parties. Wells Fargo said on Wednesday that it had not planned any celebrations in the entire company. Team parties are at the discretion of individual leaders. Citi will not hold holiday parties this year to prevent the spread of COVID-19, said a source familiar with the matter.

In Europe, where Omicron has spread faster, some banks have canceled events such as JPMorgan’s annual Christmas carol reception in London and the year-end party in Paris.

Deutsche Bank (DBKGn.DE) has told its employees in London that they can hold small collections at the sheet level. Asset Manager Schroders (SDR.L) and the City of London Corporation, which runs London’s historic financial district, are asking guests to take quick tests before any festive event. read more

Some large US companies are also pushing back the office return date due to the Omicron variant. read more

Jefferies, which according to the memo had seen an average of as high as 60% many days globally in recent weeks, said it would require booster shots by 31 January.