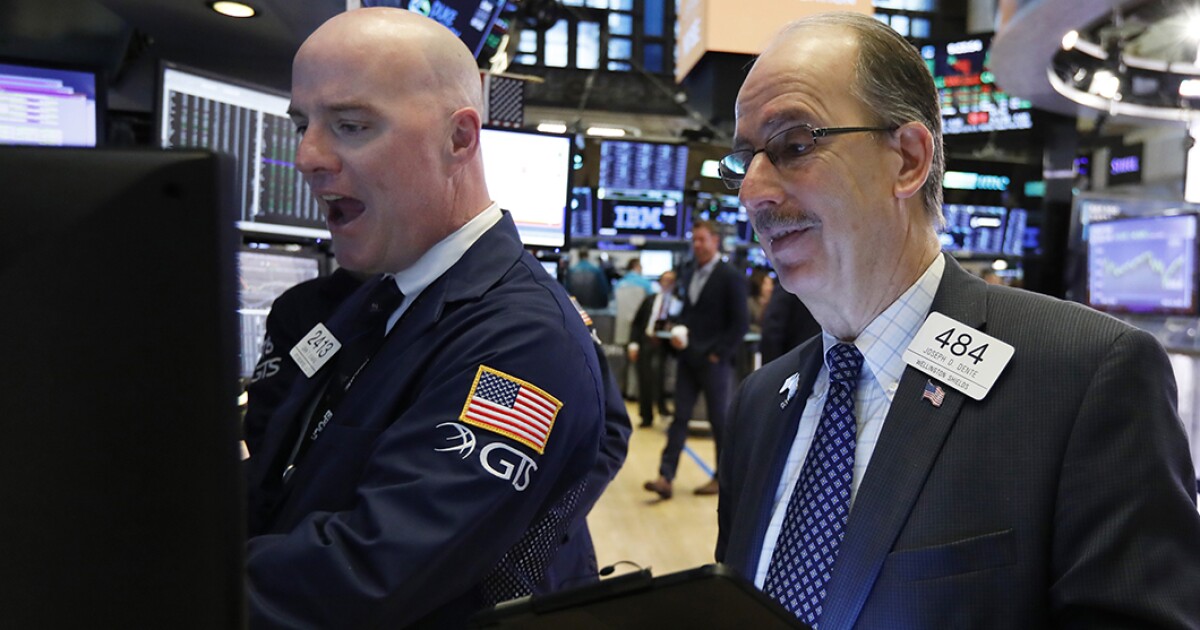 The gains came a week after Dow dropped 800 points, more than 3%, on the worst loss day of the year. However, the market rebounded with an increase of 300 points at the end of the week, but stocks overall ended lower Friday.

0% tariff rates on some of the $ 300 billion in goods shipped from China and excluding others from the duties. While Dow sank after the president announced the relief for products such as electronics, toys, show footwear and clothing, a day later was refueled after the bond market flashed a warning sign of a potential recession.

President Trump has sought to downplay the possibility of an economic downturn, as a thriving economy will be a key to his re-election success in 2020. To secure continued economic expansion, instead the President instead urged the Federal Reserve, while also taking a swipe at Fed Chairman Jerome Powell, to cut the reference rate by a full percentage point and possibly launch quantitative easing.

The president continued his attacks on Powell, his election to succeed Janet Yellen last Wednesday, calling him a "golfer who can't put, has no touch."

"Great American growth if he does it right, BIG CUT – but don't trust him!" Trump tweeted. "So far he has called it wrong and just let us down."

….. We compete with many countries that have a much lower interest rate, and we should be lower than them. Yesterday's "highest dollar in the US. History." No inflation. Wake up the Federal Reserve. Such a growth potential, almost like Never Before!