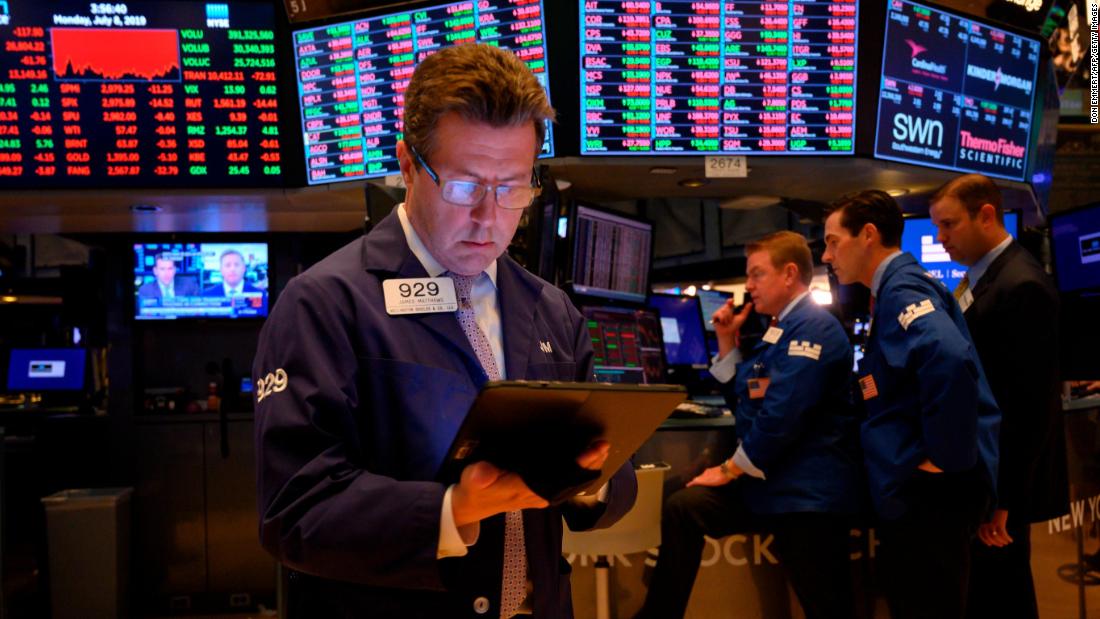 The Dow ( INDU ) is down 0.3%, or 87 points, in afternoon trade having been back some ground since the opening bell. The S&P 500 ( SPX ) is now only 0.1%, having recovered since the morning.
Nasdaq Composite ( COMP ) even turned positive, up 0.3%, boosted by the 35% jump in the shares of Acacia Communications ( ACIA ) after Cisco Systems ( CSCO ) announced it would buy the company for $ 2.6 trillion.

But outside the tech world, sentiment remains stale. Call it Powell paralysis

Market expectations for an impending interest rate cut to boost the economy was upset last week when the jobs report showed a much healthier labor market than expected. The better the economy is doing, the less likely there is to be an interest rate cut. Should the Fed hold off on a cut, stocks would likely suffer, because lower interest rates are better for companies.

Nonetheless, the expectations for the July 31

central bank meeting remain at 100%, according to the CME's FedWatch tool

Powell is due to deliver his annual congressional testimony on Wednesday and Thursday, after speaking at an event on stress testing on Tuesday. Market participants will be parsing his comments for the next policy update.

The ripple effect also impacts other financial assets. The dollar is strengthening on hopes that the Fed will not cut rates, despite the consensus expectation. Higher interest rates generally make a more attractive to investors.

But a stronger greenback also tends to weigh on gold prices. The yellow metal has been rallying over the past weeks, but its gains have been temporarily derailed.

The yield on US Treasury bonds inched slightly higher. The 10-year bond last yielded 2.0613%, according to Refinitive.