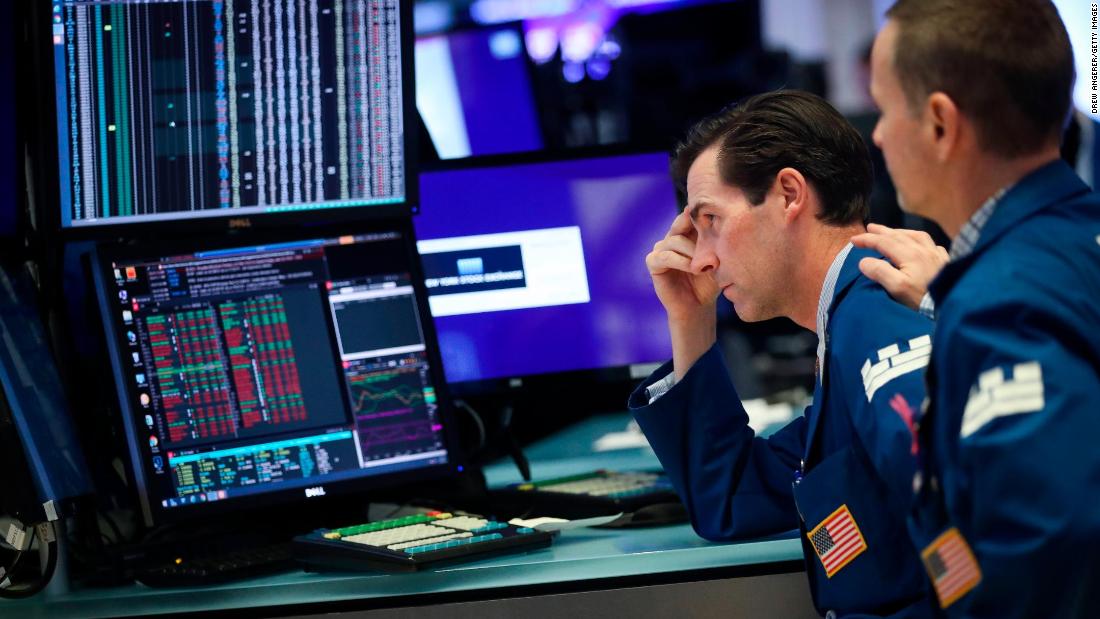 Although Dow ( INDU ) became positive during the last hour of trading, it was unable to hold the gain and lost 91 points or 0.3 %.
S&P 500 ( SPX ) closed 0.7% and Nasdaq Composite ( COMP fell fell 1%.
All three indices also ended the week lower, with the Dow falling 0.8% since last week. By Thursday's close, S&P and Nasdaq had withdrawn the loss earlier this week, but Dow is still lagging behind. Monday was the worst day of the year for the three stocks.

1; and shares with them for most of Friday.

President Donald Trump said Friday that the United States had no choice but to take strict action against China.

"We are not ready to make a deal, but we will see what happens," the president said.

Trump also said that the United States does not "do business with Huawei." The White House has reportedly considered an extension of the ban on Huawei.
China priced the yuan lower again Friday, and the trade war has no end in sight.

Shares were in the red and extended loss following Trump's comments.

The 10-year US Treasury is lower again. The US government bond yield fell to a three-year low on Wednesday as investors bought bonds as a security investment amid market turmoil. This change in risk sentiment pushed the stocks. Yield hit back Thursday.

On the economic data front, the US producer price index for July rose by 0.2%, in line with expectations, and stood at 1.7% year-over-year. This inflation target is still tracking below the Federal Reserve's target rate of 2% and reflects a slowdown in production activity amid weaker global demand.

In Europe, shares closed in red after the UK economy contracted for the first time since 2012 in the second quarter, and Italy's Deputy Prime Minister Matteo Salvini asked for fresh elections.
Stocks completed lower down across, and Germany's DAX ( DAX ) suffered losses of more than 1%. Italian bond yields jumped higher, showing that investors are not sure Rome will solve the problems. In May 2018, problems in Italy's government, along with concerns about the country's economic health and the impact on the European economy, triggered a sell-off in US equities.