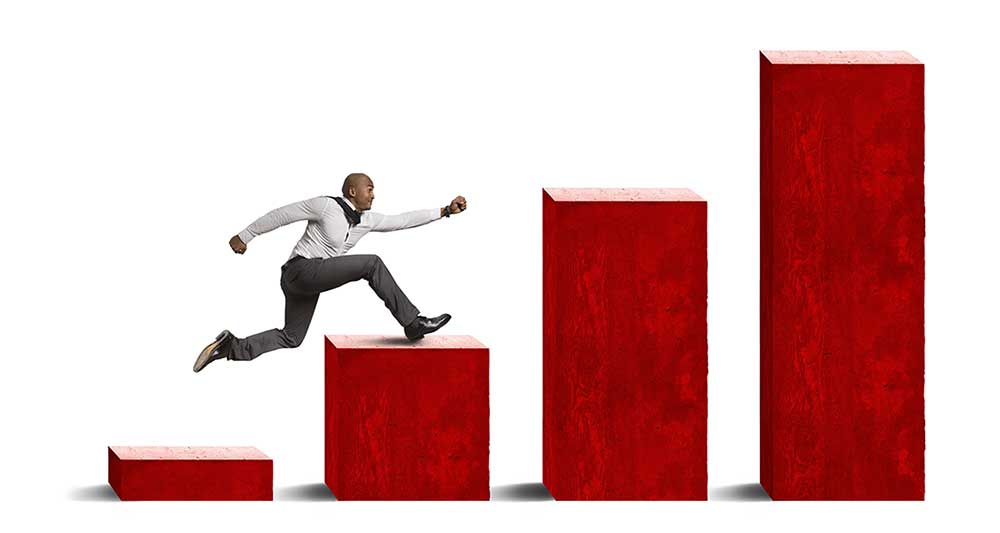 
Stocks rallied on Thursday after a cooler-than-expected CPI inflation report, with the Dow Jones up 1,198 points. Headline and core price gains were lower than expected, strengthening the case for slower Fed rate hikes. Treasury yields and the dollar plunged.

Many of the big moves were in depressed stocks. apple (AAPL), Microsoft (MSFT), Google parent Alphabet (GOOGL), Facebook parent Meta platforms (META), Amazon.com (AMZN) and Tesla ( TSLA ) were all big winners on Thursday, but MSFT stock was the only one to move above the 50-day mark. Nvidia (NVDA), which has a higher market cap than META stock now, rallied after already reclaiming the 50-day line, but still needs a lot of work.

Many crash cloud software stocks boasted double-digit gains on Thursday. Digital turbine ( APPS ) broke out for a 61% gain after earnings, but that’s not even a two-month high.

However, there were not many actionable stocks on Thursday. But GlobalFoundries (GFS), Enphase Energy (ENPH), Griffon (GFF), Builders FirstSource (BLDR) and General Motors (GM) all flashed different buy signals.

GM stock was added to SwingTrader and was Thursday’s IBD Stock of the Day. ENPH stock is on the IBD Leaderboard Watch List and is on the IBD 50 List.

Bitcoin traded above $17,000 on Thursday night after crashing to a two-year low below $16,000 on Wednesday afternoon. Crypto lender BlockFi said Thursday evening that it was halting withdrawals in the wake of FTX’s near collapse. Earlier this year, FTX entered into an agreement to acquire BlockFi.

Beijing reported the most Covid cases in over a year as rising infections across the country spur new lockdowns. China’s new leaders called for more targeted, “decisive” restrictions to control the spread.

The stock rally started strong and remained so throughout Thursday, finishing at session highs.

Dow futures rose ahead of the open on the surprisingly tame CPI inflation report. Consumer prices in October rose 0.4%, or 0.3% excluding food and energy. CPI inflation fell to 7.7%, the lowest since January. Core inflation retreated to 6.3% vs. views to stay at a 40-year high of 6.6%.

Bulls cheered and sighed after finally getting a positive inflation reading.

The 10-year Treasury yield fell 32 basis points to 3.83%, the lowest in a month. The dollar suffered its biggest decline in years, continuing heavy losses over the past week.

Markets now see an 81% chance of a 50 basis point Fed rate hike in December. Before the CPI inflation report, there was still a solid chance for a fifth consecutive 75 basis point increase. In particular, there is now a 50-50 chance of just a quarter-point rate hike at the Fed in February.

Tesla shares jumped 7.4%, but it was still an intraday after falling to a two-year low on Wednesday.

The stock rally had a massive gain on the CPI inflation report. The S&P 500 and Russell 2000 vaulted above their 50-day moving averages, with the former clearing recent highs and the latter just shy of its 200-day moving average. The Dow Jones, which has led this uptrend, jumped from its 200-day line to its best levels since its August peaks.

The Nasdaq, the clear laggard in the market rally so far, jumped above its 50-day line. Amazon and many depressed megacaps and cloud stocks led the way, while Nvidia and other chips continued the recent rally, but mostly below buy ranges.

Thursday’s action was a follow-up day on all the major indexes, with large volume increases on the NYSE and Nasdaq. This gives more confidence in the stock market rise.

The CPI inflation report was just one data point, but it was what the Fed wanted and needed to see. In particular, it will be a few weeks before the next wave of Fed-critical reports is out. That suggests a favorable backdrop for the market rally, at least during that time frame.

A positive follow-up will be that the Nasdaq moves decisively above the 50-day line, and clears its October highs just above 11,200. The S&P 500 pushing above the 200-day would be a very strong signal.

There were not many leading stocks in position on Thursday. Some strong names look extended, while Thursday’s big winners were mostly battered techies like Google that need a lot of repair work.

It is not clear which groups will lead the market upswing. But there are many interesting groups and sectors.

Medical drugs such as biotech and health insurers, which have been market leaders, shied away from Thursday’s big gains or fell back with riskier growth names. Is it just a blip?

Defensive names had a rough play, such as e.g Hershey (HSY) and other food stores.

A wide range of housing-related stocks, including builders, suppliers and retailers, are clearing bases or moving above long-term moving averages or trend lines. It includes DR Horton (DHI), Combat-Sealy (TPX) and BLDR stock.

Some infrastructure firms are in or near shopping zones, incl Quanta services (PWR).

Energy stocks, which didn’t do much on Thursday, could continue to lead.

But for megacaps like Apple stock, Microsoft and Tesla, it may take some time for them to lead. The same goes for cloud software, with the risk that some may not recover for years, if ever.

The share rise showed strength on Thursday, and there is a plausible story that the rise has legs after the inflation report in October. But for now, it’s just a story.

Ultimately, investors should focus on what the market is doing now, by following the action of the major indexes and leading stocks.

It signals that it’s time to increase exposure, but don’t rush in. If this market uptrend has legs, it will be a good time to be heavily invested.

The limited number of actionable shares on Thursday was a reason not to buy heavily. Investors can choose to buy a broad market or sector ETF, such as SPY or SMH.

But there are many stocks and sectors that look interesting. Investors should keep their watch lists up to date.