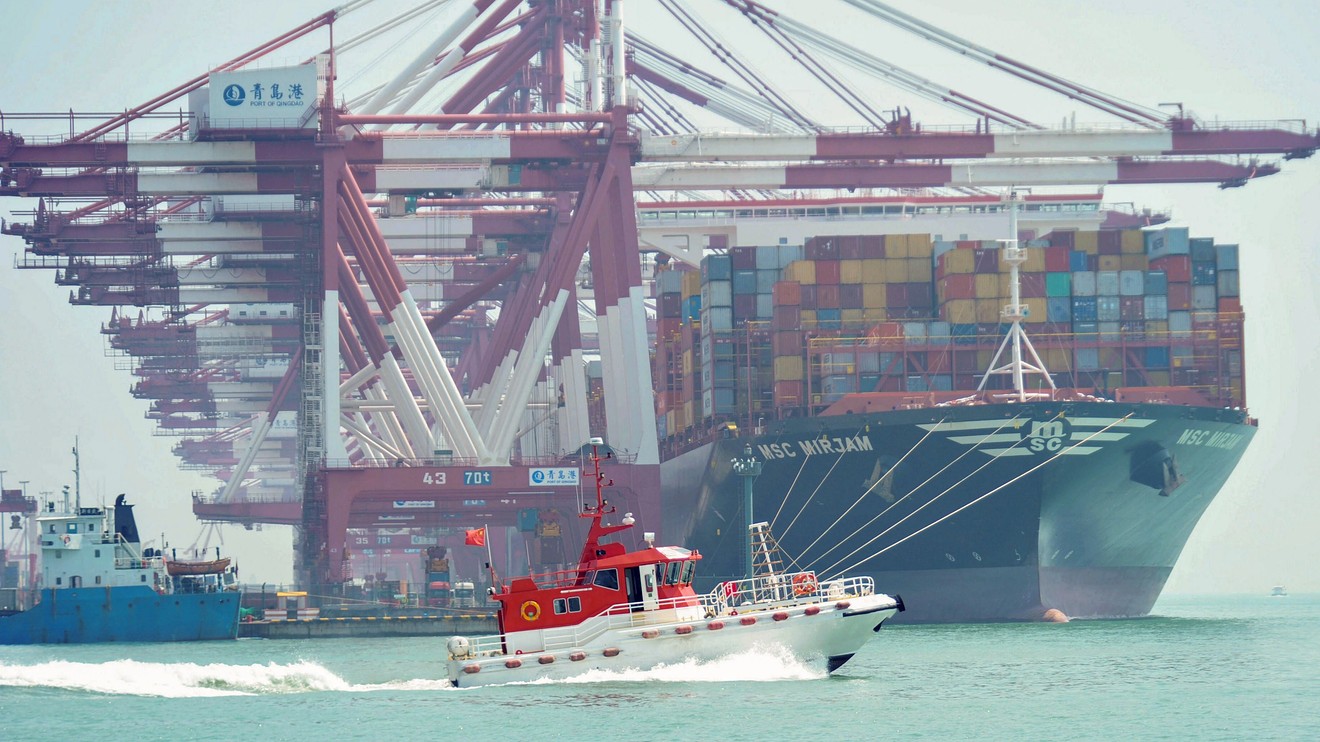 The U.S. stock index futures pointed to a solid higher start for Wall Street after Beijing indicated that it was in no hurry to respond to the latest round of tariffs imposed by Washington.

How are the main reference plans going?

It seems stocks are following Wednesday's rebound, when the Dow

With two sessions remaining in August, the Dow and S&P 500 were both down 3.1% for the month leading up to Wednesday, while the Nasdaq was down 3.9%. All three indices remain higher for the year, with the S&P 500 down about 4.6% from the high all-time set at the end of July, while the Dow is 4.8% from record highs and Nasdaq is 5.7% from the leaderboard.

A spokesman for China's trade ministry was quoted in news reports as saying that the country would not immediately respond to the latest round of tariff increases announced by President Donald Trump on Friday. These increases came after Beijing announced a round of recurring tariffs.

The spokesman, Gao Feng, said "the issue that should be discussed now is about removing the new tariffs to prevent escalation." He also said that both sides were discussing a scheduled meeting with trade negotiators next month.

"The largely hopeful notes in the update from China have lifted the market sentiment, and it aroused buzz this morning," said David Madden, market analyst at CMC Markets UK, in a note. "Relations between the United States and China have been unstable lately, but for now there is a sense that things are moving in the right direction and that has lured some traders back to the market."

Investors also analyzed a number of financial reports, including a revision of GDP growth in the second quarter showing that the US economy grew by a 2% annual rate instead of the previously reported 2.1%. Economists surveyed by MarketWatch had expected the audit to show 1.9% growth. The revised figures also showed that the American consumer played an even greater role in economic growth than before, as personal consumption accounted for 3.1 percentage points of growth, against the original reported 2.9.

New applications for unemployed benefits increased by 4,000 to seasonally adjusted 215,000 during the week ended August 24, slightly above the economist's expectations of 214,000, per a MarketWatch poll.

Stocks have withdrawn in August in sometimes volatile trading as the US and China trade wars escalated with rounds of tit-for-tat toll escalations and increasingly harsh rhetoric from both sides, which have also been blamed for raising concerns about the global economic outlook and staggering fears of a possible US recession.

Analysts also pointed to the calendar as the reason for higher stock prices in recent days as investors rebalanced their portfolios towards September. "There is much to suggest that the square of the book is the end of the month, as many of the sectors that have performed poorly this month outperformed yesterday, despite the lack of a clear catalyst," wrote Tom Essaye, president of Sevens report, in a Thursday card for clients.

July commodity deficit is projected to shrink to $ 72.3 billion from $ 74.2 billion a month earlier, lower than the $ 75 billion expected by economists polled by MarketWatch. At 10am, a pending home sales index for July expires.

tumbled 6.4% in the premarket action after the retailer reported sales in the second quarter that fell below analysts' expectations, even though it beat earnings per share forecasts.

was up 8.1% in trading on the premarket after the discount retailer quite easily beat analysts' sales and profit estimates in the second quarter, raising its outlook for the full year 2019. [19659007] Tech Data Corp . & # 39; S

share rose 10% ahead of the clock, after reporting fiscal results for the third quarter.

rose 3.2% before the start of trading, after the retailer beat its sales estimates for the second quarter, even though it fell below expectations of profits and released full-year earnings below the analyst forecasts.

was flat to about $ 1549 per ounce. Meanwhile, the value of the US dollar ticked 0.1% higher, according to the dollar index