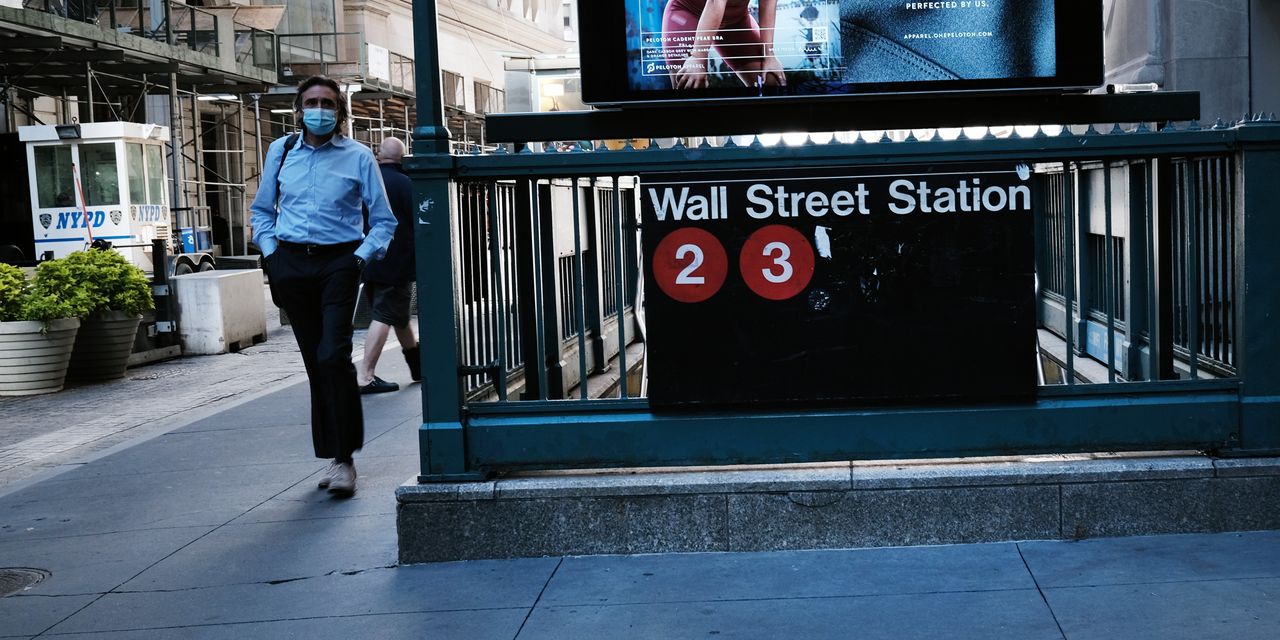 U.S. stocks traded lower on Thursday, erasing most of their gains from their biggest gain in three weeks after a round of upbeat economic data and a warning from hedge fund titan David Tepper that he is “leaning short” against both stocks and bonds on expectations The Federal Reserve and other central banks will continue to tighten in 2023.

Positive economic news can be negative for stocks by underscoring expectations that monetary policymakers will remain aggressive in their efforts to stem inflation.

A day earlier, all three major indexes posted their best gains in three weeks as the Dow advanced 526.74 points.

What drives the markets

Investors saw another round of strong economic data Thursday morning, including a revised third-quarter gross domestic product reading that showed the U.S. economy expanded faster than previously thought. Growth was revised up to 3.2%, up from 2.9% from the previous revision released last month.

See: The economy grew by 3.2% in the third quarter thanks to strong consumption

The number of Americans who applied for unemployment benefits in the week before Christmas rose slightly to 216,000, but new claims remained low, signaling that the labor market remains quite strong. Economists polled by The Wall Street Journal had predicted new claims would total 220,000 in the seven days ending Dec. 17.

“Job claims ticking up slightly but coming in below expectations may be a sign that the Fed’s desire for a slowing labor market will have to wait until 2023. While weekly jobless claims are not the best indicator of the overall labor market, they remain in a robust range over the past two months, suggesting that the labor market remains strong and has resisted Fed tightening, at least for now,” Mike Loewengart, head of model portfolio construction at Morgan Stanley Global Investment Office, said in an emailed statement.

“While weekly jobless claims are not the best indicator of the overall labor market, they have remained in robust territory over the past two months, suggesting that the labor market remains strong and has resisted Fed tightening, at least for now,” he wrote . “It’s no surprise to see the market take a breather today after yesterday’s rally as investors analyze earnings data, and despite some beats this week, expectations that earnings will remain as robust in 2023 may be overstated.”

Stocks felt pressured after Appaloosa Management’s Tepper shared a cautious outlook for markets based on the expectation that central bankers around the world will continue to raise interest rates.

“I would probably say that I’m leaning short on the stock markets right now because the upside doesn’t make sense to me when I have so many people, so many central banks telling me what to do, what they want to do, what they expect to do,” Tepper said in a CNBC interview.

Keywords: Billionaire investor David Tepper would “lean short” on the stock market because central banks say “what to do”

Volumes begin to dry up as the year winds down, making markets more susceptible to larger moves. According to Dow Jones Market Data, Wednesday was the least overall volume on major exchanges since November 29.

Read: Is the stock exchange open the Monday after Christmas Day?

In other economic data news, the U.S. leading index fell a sharp 1% in November, suggesting the U.S. economy is headed for a slowdown.

Many market strategists are positioned defensively as they expect stocks to fall to fresh lows in the new year.

See: Wall Street’s stock market forecasts for 2022 were worst since 2008: Will next year be different?

Katie Stockton, a technical strategist at Fairlead Strategies, warned clients in a Thursday note that they should prepare for more downside ahead.

“We expect the major indices to remain stable next week, helped by oversold conditions, but will brace for more downside in January given the recent downturn,” Stockton said.

Others said the latest data and comments from Tepper have simply refocused investors on the fact that the Fed, the European Central Bank and now the Bank of Japan are preparing to continue tightening monetary policy.

“Yesterday was the short-covering rally, but the bottom line is the trend is still short and we’re still fighting the Fed,” said Eric Diton, president and CEO of Wealth Alliance.