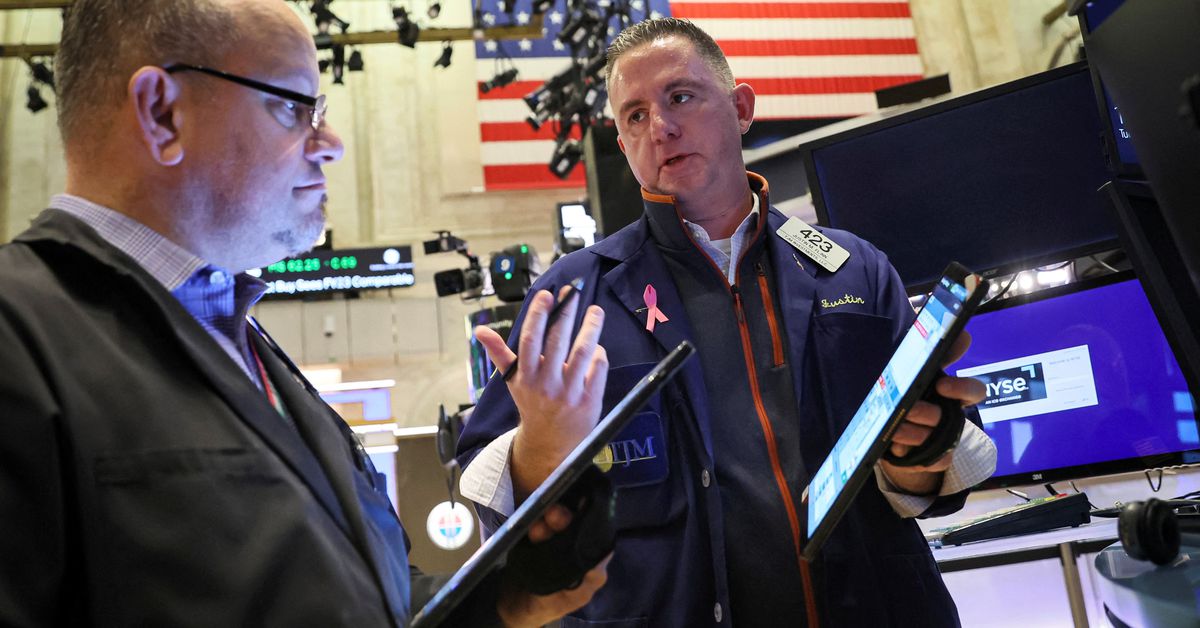 Nov 30 (Reuters) – Wall Street was mixed on Wednesday, with the Dow and S&P 500 down and heavyweight growth stocks boosting the Nasdaq as focus shifts to comments from Federal Reserve Chairman Jerome Powell later in the day.

Powell’s speech will be closely watched for signs of a slowdown in the pace of rate hikes by the central bank, as well as to assess the overall health of the US economy.

“The market is expecting him (Powell) to say we might not want to do the 75 bps hike … when people listen to the Fed chair talk, they’re waiting for that little hint,” said Joe Saluzzi, co-manager of trading at Themis Trading in Chatham, New Jersey.

Hopes that the Fed will now raise interest rates in smaller intervals and recent data pointing to a mild cooling in prices have positioned the benchmark S&P 500 (.SPX) for its second consecutive month of gains.

“After the gains we’ve seen, you have some investors taking some money off the table here today,” said Paul Nolte, portfolio manager at Kingsview Asset Management in Chicago. “Again, nothing dramatic.”

Traders expect the Fed to raise interest rates by 50 basis points in December, with rates peaking in June 2023. FEDWATCH

Data for the day were mixed as the ADP National Employment report showed private employment rose 127,000 in November, below expectations for 200,000 jobs, suggesting labor demand cooled amid high interest rates.

The Labor Department’s closely watched nonfarm payrolls data is due Friday. A report showed that the number of job vacancies in the US fell to 10.334 million in October, from 10.687 million the previous month.

Another reading showed that the US economy rebounded more strongly than first thought in the third quarter.

“A mixed bag this morning. So I’m not really making too much of it, I’d like to see what Powell has to say,” Saluzzi added.