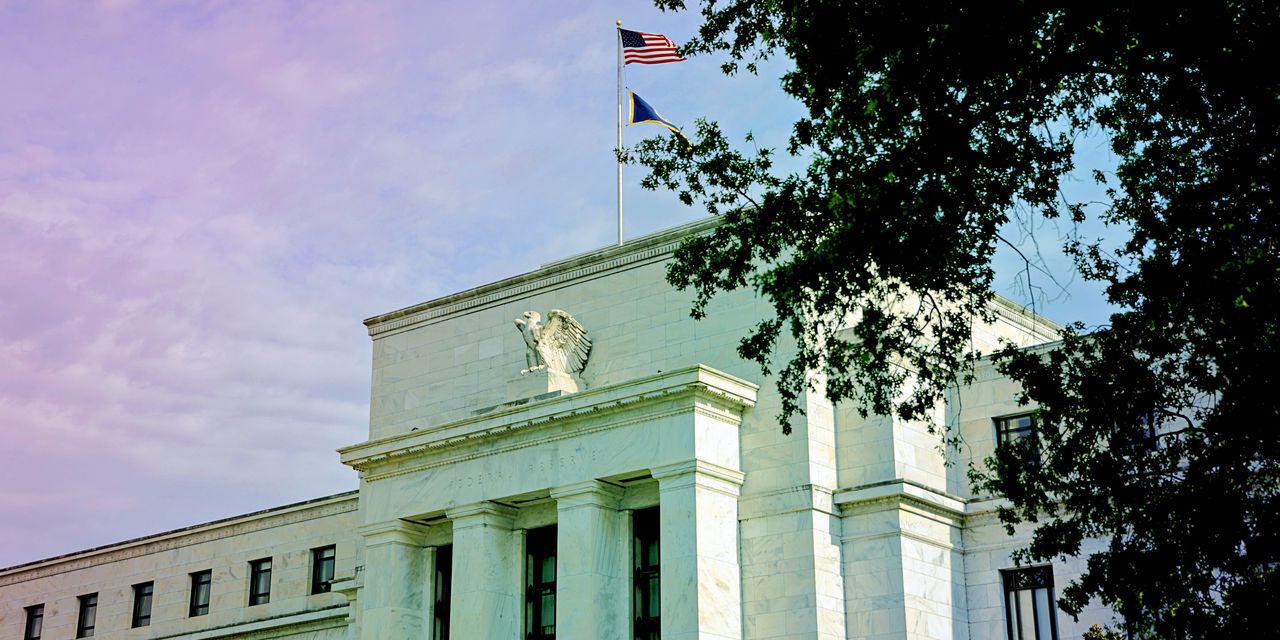 
2:50 p.m. The
Dow Jones industrial average
falls after the Federal Reserve cut interest rates by a quarter, but Fed leader Jerome Powell hinted that there would be no more cuts.

The early response to the interest rate cut was quite muted. Then Powell said he was looking at today as being in the midst of cycle correction, something the market seems to have meant as no more interest rate cuts. "It's this commentary about prices that have stocks at the lowest and short rates at today's peak … [and] thus not the intended beginning of multiple cuts in Powell's mind, right now," writes Bleakley Advisory Group's Peter Boockvar. [19659006] The market had priced in a quarterly cut, and that's what it got, but the Fed left its view on the economy relatively unchanged, which means that another interest rate cut isn't necessarily on its way, and those hoping for a bigger cut are certainly disappointed.

"Today's interest rate cuts should give markets more room to breathe in a macroeconomic environment that is still overshadowed by uncertainty about trade war, Brexit and global growth," writes Richard Flynn, CEO of Charles Schwab. "There is still a chance for a disappointment for those hoping for an aggressive easing program. "

For others, the disappointment was not in the cut itself, but in the messages behind it." Changes in the language of the policy statement were ambiguous and do not give a strong message as to whether the FOMC will follow up on further interest rate cuts, keep steady or continue rising, "writes Jefferies & # 39; Ward McCarthy. "In our opinion, the Fed will gain nothing of today's action, but only temporarily saturate market expectations and possibly saturate the twitter account in the White House. Both will want more."

And they may not get it.

Markets Now is a quick grab of what's going on with the Dow Jones Industrial Average and other major market indices. Don't forget to check out the rest of Barron's market coverage.