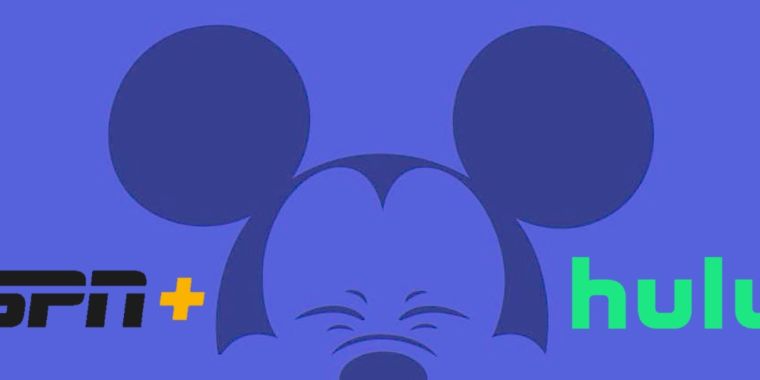 The bundle will see three wholly owned Disney services – Disney +, ESPN + and "ad-supported" Hulu – available as a combined online streaming package when Disney + launches in November. Separately, the service's pricing rates add up to $ 17.97 ($ 6.99, $ 5.99 and $ 4.99, respectively), thus marking a 27% discount for the entire shebang.

The $ 12.99 price corresponds to Netflix's "standard" service level (which includes 1080p resolution and support for up to two simultaneous streams). Only one of Disney's combined services, Disney +, includes higher resolution video support, but it comes as a free upgrade for supported streaming devices. Netflix 4K deals require upgrading to $ 15.99 / mo. plan. If Netflix subscribers want to save money, they can downgrade to an $ 8.99 "basic" plan, which peaks at 480p resolution and only one device at a time.

By the way, these Netflix prices increased about $ 2 / mo. for each team in January.

In its announcement of the planned package, Disney CEO Bob Iger did not state whether a more expensive package will be available to fans of Hulus' more expensive, ad-free streaming option ($ 11.99 / mo), let alone Hulus live video option ($ 44.99 / mo). Iger was clear that this bundle is limited to US consumers – which serves as a firm reminder that ESPN + and Hulu are currently difficult for consumers in the rest of the world, especially our neighbors in Canada. ("We have designs on growing Hulu outside the US, but no update on that right now," Iger said during Tuesday's call.)

The aggressive pricing announcement comes as the video streaming sector heats up, what with NBC Universal and HBO preparing their own standalone products (and aggressively reclaim content through corporate ownership along the way). The prices for the two companies' upcoming services have not been announced.