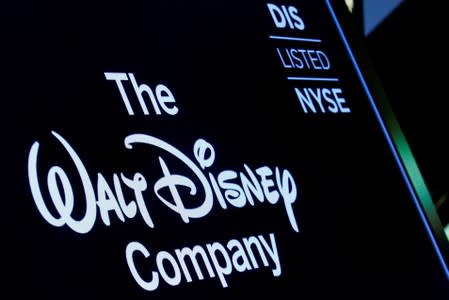 Disney said in a statement that the "shop-in-shop" would contain a number of more than 450 products from the company, including more than 100 products previously available only at its locations.

Disney stores will launch in Target in major cities such as Philadelphia, Denver and Chicago. The company has independent stores, but has closed its locations in West Virginia and Florida this year.

Target said in a separate announcement Sunday that it would open a store in Flamingo Crossings Town Center in Florida at the western entrance of Walt Disney World Resort in 2021.

"We believe that the combination of Disney's unmatched entertainment and storytelling with our omni-channel retail platform will create inspiring and unique experiences for our guests, "Brian Cornell, chairman and CEO of Target, said in a statement.

"This collaboration reflects the strength of our platforms and assets to create value for guests and growth for both companies beyond the traditional retail model," he added.

The Disney store at Target will be run by the latter, with a 750-square-foot "shop-in-shop" layout located inside Target stores next to children's clothing and toys.

The Target announcement came after the company beat revenue expectations and raised its outlook for the entire year, as investment in delivery services and same-day pickup increased traffic to the site and stores.

Led by retail veteran Cornell since 2014, Target has jumped back from a slide three years ago that caused margins to fall, prompting a new review that has seen it renovate hundreds of stores each year.

Disney reported a steeper decline in revenue than Wall Street expected, as the company poured money into the ambitious plunge into streaming media and began to fold in assets purchased from Twenty-First Century Fox.