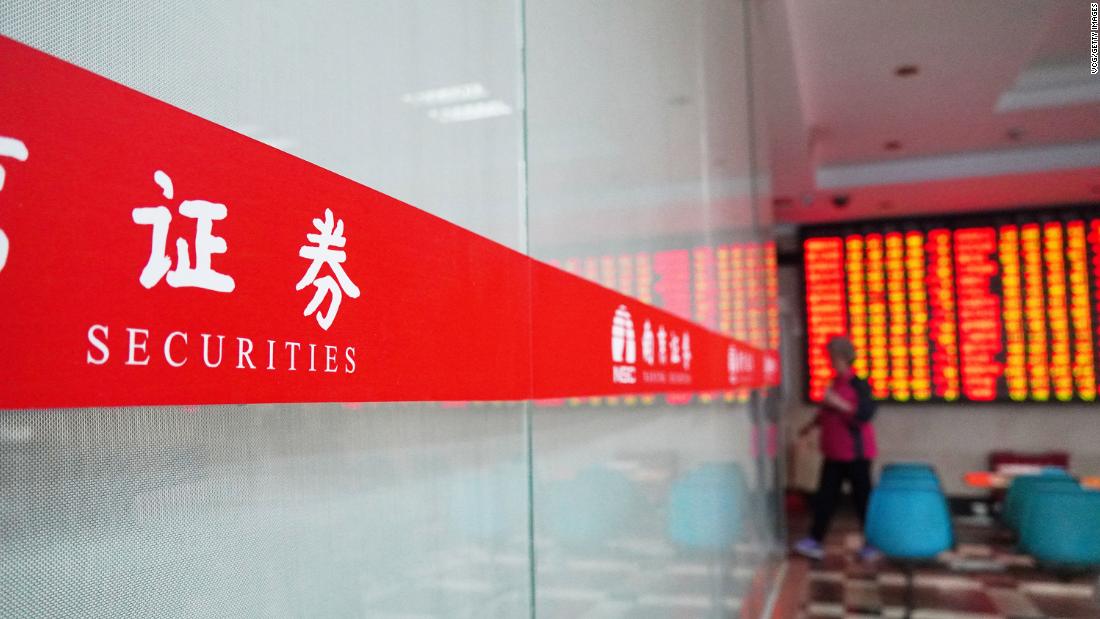 The largest Asian market indices were mixed in early trading on Tuesday after CNBC reported that Beijing's sentiment was pessimistic. The news organization, citing an anonymous government source, reported that President Donald Trump's reluctance to return tariffs dampens China's view on trade talks.
Japan's Nikkei 225 ( N225 ) fell 0.3%, while South Korea's Kospi index ( KOSPI [19459007)]) drops 0.5%. China's Shanghai Composite ( SHCOMP ) fell by 0.2%, but recovered the losses and last traded up 0.4%.
Hong Kong's Hang Seng Index ( HSI ) started in the red, but last traded up about 1%. Hong Kong stocks have been trying to recoup some losses since last week, as the index recorded its worst stretch since the beginning of August amid worsening protests in the city.

"Without significant data releases in Asia today, attention in the region will remain focused on trade and Hong Kong," Jeffrey said Halley, a market analyst with research firm Oanda, in a note. "None of them is likely to inspire market players' confidence."

US stock futures were last traded slightly positively during Asian trading hours after recording small losses earlier.
A breakthrough in the US-China trade agreement has only remained out of reach for quite a long time. Trump and Chinese leader Xi Jinping were expected to sign a partial trade deal for about a month, but negotiations hit another drawback last week.
On Monday, the US government extended a temporary general license to allow US companies to sell to Huawei, the embattled Chinese technology company that has become a symbol of tensions between the two countries. It is the third 90-day extension of the license, which will now expire in February.