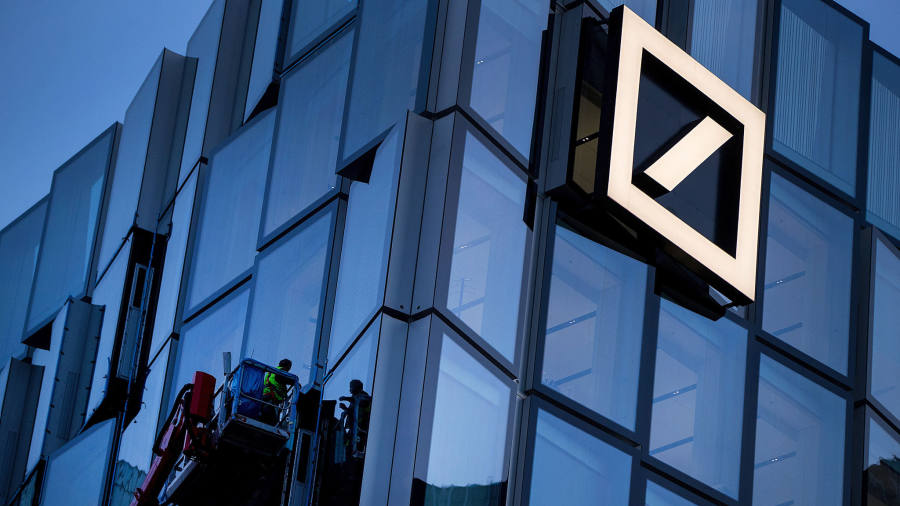 The The 49-year-old leader is the second prominent victim of a threatening shake-up that will provide up to 20,000 job cuts and sales of risk-weighted assets of over € 50 billion

The bank will announce the management changes and the new strategy as early as Sunday afternoon after a board meeting.

A person near the board said that deputy chairman Karl von Rohr, the bank's chief administrator, was seen as a likely successor to Mr. Strauss, whose contract runs until next summer.

Another person suggested that Mr. Von Rohr could take Mr. Strauss's role on the board, while the operational responsibility for retailing could be delegated to a board member. Mr Sewing wants to make the board, which has nine members, considerably less.

A formal decision on Strauss's retirement has not yet been made, but people who are familiar with the discussions said that it was very unlikely that Mr. Strauss or Sewing would change before Sunday's board meeting.

Sewing plans to move the corporate lending business to a new corporate bank that will also include Deutsche's global transaction bank.

This unit will be led by 39-year-old Stefan Hoops, who is currently managing the global transaction bank, said two people who are informed of the case. The division will combine all the services that a financial manager needs from lending to securing trade, payment, liquidity and cash handling.

The lender's corporate financing activities will be gathered in a division that will focus on the needs of Group executives and CFOs. It is likely that it is run by Mark Fedorcik, a London-based investment banker.

Neither Mr Hoops nor Fedorcik want to have room on the board. They will report directly to Sewing, who assumes Ritchie's responsibility.

Deutsche's remaining trading activities – bonds and currencies, European equities and a significantly smaller investment – will form a new, smaller capital market unit with a focus on institutional customers. It is not yet clear who will lead this unit.

The remaining retail unit will undergo further structural changes, including a centralization of IT features that Strauss rejects, a person familiar with details said.

Mr Strauss joined Deutsche Bank as an apprentice in 1989 in the Westphalian town of Iserlohn and spent his entire career with the lender. He became CEO of Postbank, the retail bank Deutsche purchased from Germany's postal service in 2011.

Since 2017, he has been responsible for Postbank's integration into Deutsche Bank's retail business – a complicated transaction that Deutsche Bank's managers describe as the largest bank merger monitored by the ECB.

Integration is a flagship project for Deutsche Bank, which seeks to reduce its exposure to volatile capital market activity. Deutsche hopes the final merger will reduce annual costs by 900 million euros by 2022.

The division generated a return on equity of 4.8 percent in 2018 and is targeting more than 12 percent by 2021. "We are absolutely committed to the goal [this]," Strauss told the FT in May.

He then said that the integration of Postbank was ahead and some plans planned for 2020 would be implemented in 2019.