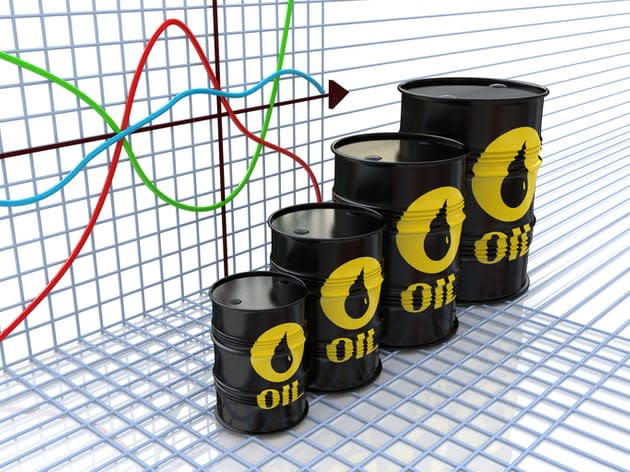 The strong US dollar weighed on the dollar-denominated commodity markets last week with crude oil and gold that felt in sales of sales pressure. Natural gas futures tumbled as investors gave up hope for a late winter rise in prices. Crude oil was directly affected by renewed concern over trade relations between the US and China. Gold was under pressure from lower foreign demand. Natural gas fell on forecasts for lower demand.

While OPEC-led production shoots continued to support prices because of their ability to trim the global transition, the shift in traders focused on demanding problems was clearly offsetting their influence.

Crude oil prices rose at the beginning of the trade last week and beat their highest ratings since November 21. Support rates early in the week were US sanctions against Venezuela, which helped keep the investor focused on tighter global supplies. The prices were also supported by the news that OPEC's oil supply fell in January with the largest amount of two years, according to a Reuters survey.

Prices began to tip and became weaker during the week after the European Commission lowered its outlook for the euro area economy and renewed its concern over a US-China trade agreement.

Later in the week, Brent crude oil received a boost on reports that the United States would not extend the exceptions to the countries that were allowed to buy Iranian crude.

The weakness in gold prices was driven by two factors last week. Early in the week, gold was pushed by spillover sales in response to last Friday's rugged US non-farm Payrolls report and ISM Manufacturing PMI data. These reports raised questions about the Fed's assessment of the economy. Treasury yields rose on the news as traders priced in the possibility of at least one interest rate increase in 2019. This made the US dollar stronger while driving down demand for dollar-denominated gold.

Gold was further pressured as the dollar continued to rise at the safe haven buying tied to the problems of US-China trade negotiations. Safe buyers returned to gold late in the week, which helped to close the week as investors reduced their demand for risky assets.

Natural gas prices were squeezed all week by the return of warmer temperatures, which reduced the need for heating. The sale was prolonged late in the week following the release of a bearish government storage report. Traders also responded to a change in weather forecasts, which now says the return of a weather system in mid-February will not lead to extremely cold temperatures that were previously expected.