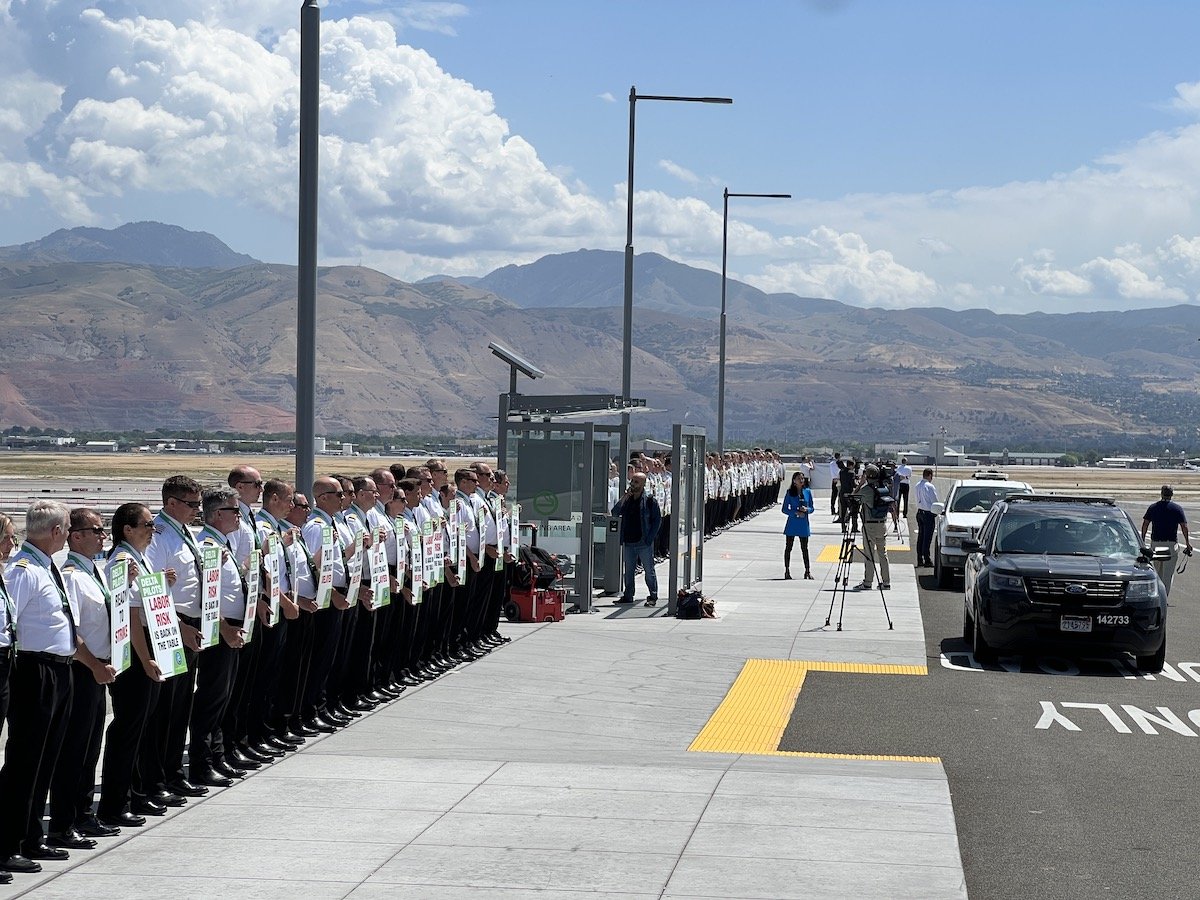 Pilots are usually quite easy to identify at airports, given the distinctive features of their uniforms. Their uniforms usually have three or four stripes (outside the United States you will sometimes see two stripes), in addition to the easily identifiable pilot hat.

Well, as noted by @xJonNYC, if you see Delta pilots at airports in the coming days and weeks, you may notice that someone is not wearing hats. It’s not a fluke.

Delta pilots express frustration at taking off their hats

Pilots are one of Delta̵[ads1]7;s few professional working groups, and they are represented by the Air Line Pilots Association (ALPA). Pilots have wanted a new contract for a while, but have not progressed much. The enmity between pilots and management continues to grow as pilots feel that leaders are pulling their feet.

On Thursday, hundreds of Delta pilots picked up off-duty at airports around the country, in an attempt to get a new contract.

Pilots have a subtle new way of expressing their frustration with management, and it comes in the form of a “Hatt Off for a New Contract” campaign. It seems that the association encourages pilots to no longer wear the hat, as a small way to indicate that they want a new contract.

Now, just because the union recommends this does not mean that all pilots will agree to it. For that matter, you may be able to see where pilots stand on things based on whether or not they are wearing their hats when walking around airports.

But in the end, this seems like a polite way to express dissatisfaction, and I’m a fan of it.

In the past, we have seen pilots at some airlines have very different approaches to expressing frustration with management. For example, in the late 2000s, many United pilots were angry, and some would “hit the brakes” while driving, to increase fuel economy. So yes, not wearing the hat pales in comparison.

Why do Delta pilots want a new contract?

It goes without saying that it has been a couple of tough years for the aviation industry, but at this point it is looking upwards. There is also a continuing shortage of pilots, so pilots have quite a bit of bargaining power.

We have seen several regional airlines increase wages massively. Admittedly, regional pilots did not get paid much before these changes, as the goal is always to work for one of the “big” carriers, where the salary has always been quite good.

At this time, virtually all the major airlines are going through contract negotiations with pilots, as pilots want more pay. United pilots have a preliminary new contract that will see them receive wage increases of up to 14%, and the pilots will vote on it in mid-July. Meanwhile, it is rumored that American pilots are in the process of voting for a contract that could lead to them receiving wage increases of up to 17%.

Pilots in Alaska, Delta and Southwest are all also fighting for new contracts, but are not as far advanced as American or United. I’m curious to see how this works. Depending on your financial prospects, I can certainly not blame the pilots for wanting to lock in something ASAP, because I think some darker days are ahead, and pilots will have much less influence then.

Delta pilots are fighting for a new contract. In addition to the picket around the country, you can also expect that many pilots will not wear their hats at airports. This is something completely subtle that most people probably would not have noticed or thought about. But as someone who finds this kind of thing interesting, I would certainly be curious to observe this.

If you are flying Delta in the next few days, please report back if you see Delta pilots wearing or not!