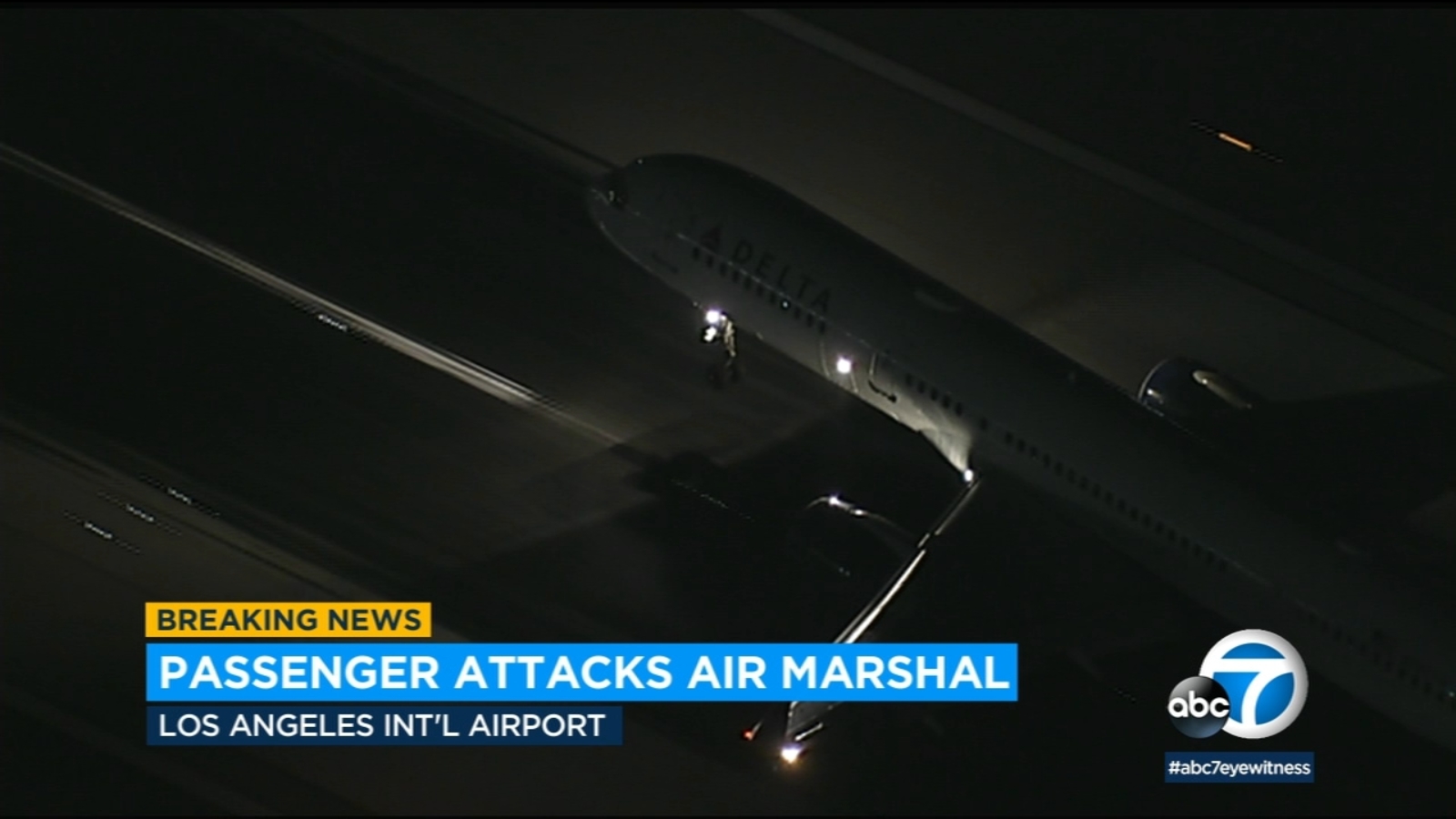 According to an Oklahoma City police chief who spoke to ABC News, a “combative passenger” on the plane attacked a flight attendant, although it is unclear what led to the quarrel.

At one point, an air marshal tried to intervene and was also attacked by the passenger.

The plane landed at Will Rogers World Airport around 7.40 pm, where the police took the suspect into custody.

Footage from the incident showed the unruly passenger, who was not wearing a mask, arguing with another person on the plane. The video also showed that he was held back and started shouting while sitting.

His hands were behind his back in plastic handcuffs when authorities boarded the plane to take him into custody.

Delta made the following statement to Eyewitness News Thursday night:

Delta applauds the swift action and professionalism of the crew and Federal Air Marshals on the Delta flight (342) from Washington, DC to Los Angeles, which was diverted to Oklahoma City after a customer became unruly and was removed from the flight by local police. We apologize for the inconvenience to our customers. “

The incident is still under investigation.

In September, Delta Air Lines asked other US airlines to share lists of passengers who have been banned during the pandemic due to their behavior.

SE: The calls to crack down on unruly passengers are growing

During a congressional hearing at the time, the head of the House Transportation Committee, Peter DeFazio, called for more prosecution of unruly passengers.

He also said that airports should stop licensees from selling alcohol. Prosecution is rare, and usually left to local authorities.