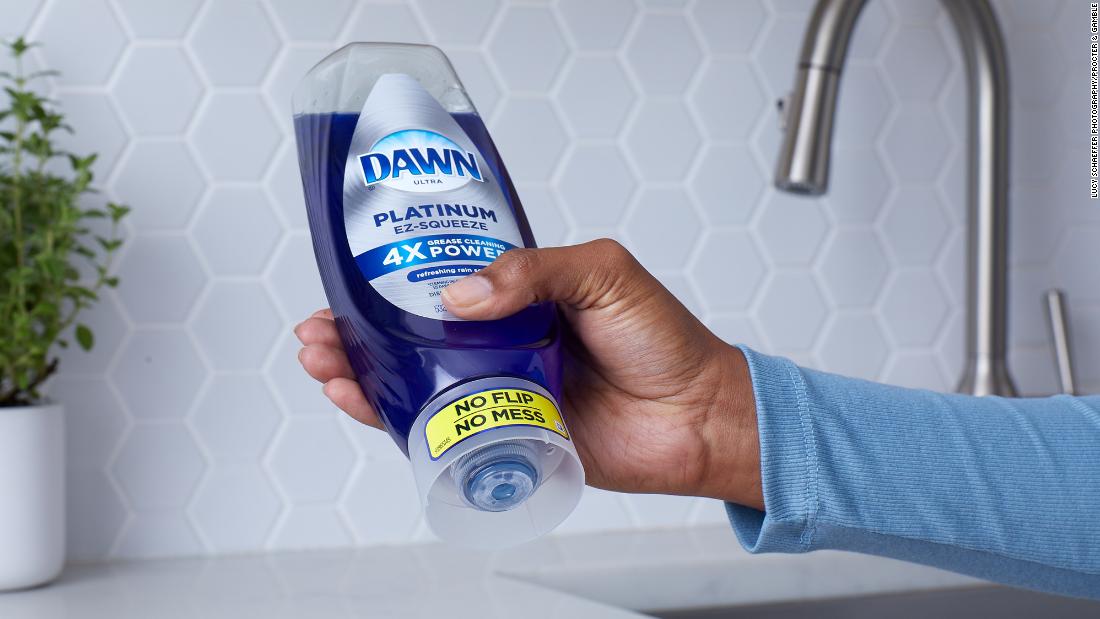 Dawn, the best-selling dishwashing detergent brand, has unveiled a redesigned bottle with “patented no-flip cap technology.” This means that the bottle stands upside down on the cap and dispenses from the bottom. A self-sealing valve prevents the soap from leaking.

Dawn EZ-Squeeze, now on sale at major retailers from $ 2.84, took more than five years to design with “hundreds” of prototypes before the bottle hit the shelves. EZ-Squeeze customers no longer need to put down the sponge, turn the dishwashing detergent and open the lid.

P&G (PG), Dawns̵[ads1]7; producer, said in a press release that EZ-Squeeze is one of the “most researched and rigorously tested products” in its 50-year history.

The company’s research found that the new bottle design created a “spill-free experience” and the elimination of a traditional cap “improved the usability of populations that had challenges with existing bottle designs since it could be easily dispensed with one hand.”

Not only has the bottle been upgraded, but so has the formula. Dawn said the soap has been updated to help cut grease and other spills more “quickly and easily,” said Guerin McClure, vice president of North American dishwashing at P&G, in a statement. “You’ve probably spent time shaking, turning and knocking the dishwashing liquid on the counter in a messy attempt to get the most out of every drop.”

More people wash one or two dishes during “cooking time”, instead of letting them pile up and take a big wash when everything is done. P&G said that the traditional Dawn bottle was not meant to be used that way, so it also created the dishwashing spray.

P&G does not break out of Dawn sales, but the brand is part of the home care department, which accounts for a tenth of the company’s more than $ 76 billion in annual sales.

Correction: An earlier version of this story stated the wrong lowest price for Dawn EZ-Squeeze. It starts at $ 2.84.