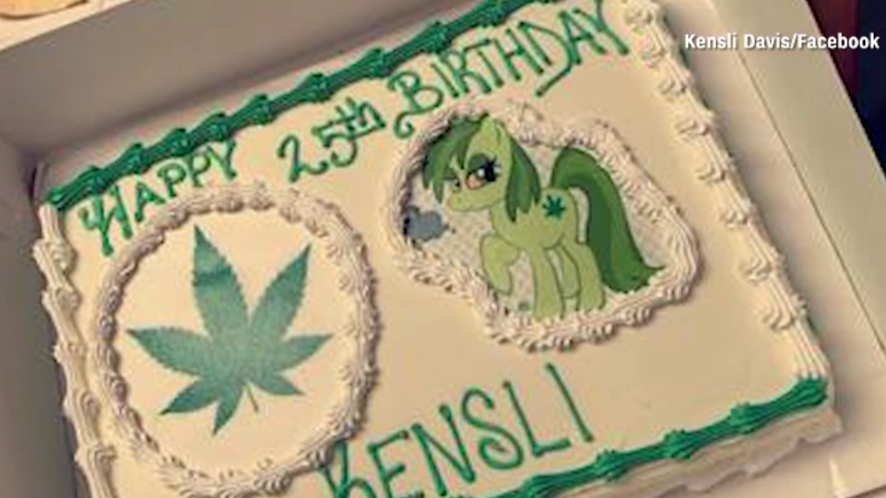 MILLEDGEVILLE, Georgia (KXAN) – A Georgia woman says she lost her job at the Dairy Queen after being told to make a marijuana-themed cake when the customer ordered a "Moana-themed cake".

According to the USA Today, Cassandra Walker says her former leader misheard the customer's order and okay a cake decorated with pictures of weed, instead of Disney's Polynesian princess.

Walker says her manager was behind her as she drew pictures from the internet and went when she decorated the cake and added: "When I laid the cake up, she was the one who went it up to the front."

She says that she was then told by Al Autry, one of the restaurant's owners, that she could no longer work there. This also happened to be her birthday, she says.

The incident attracted national attention after the customer, 25-year-old Kensli Taylor Davis sent a picture of the error cake on Facebook.

Davis thought the mistake was funny, Walker, who had been employed by the Dairy Queen for about a year, had said it was not fun for her.

"This is time for school. I have two little girls here," she said. "I have a car that needs fixing. It's not fun for me."

Autry issued a statement of the incident, which did not confirm or denied Walker's report of being fired, and said:

"Our cake decorator made a cake based on what she thought she heard customer order. When the customer picked it up and said it was not what she ordered, we promptly asked for the error and offered to redesign it as intended. it was okay, paid for the cake and again. "