Cuomo and N.Y. Senate Head for Showdown Over Amazon Deal 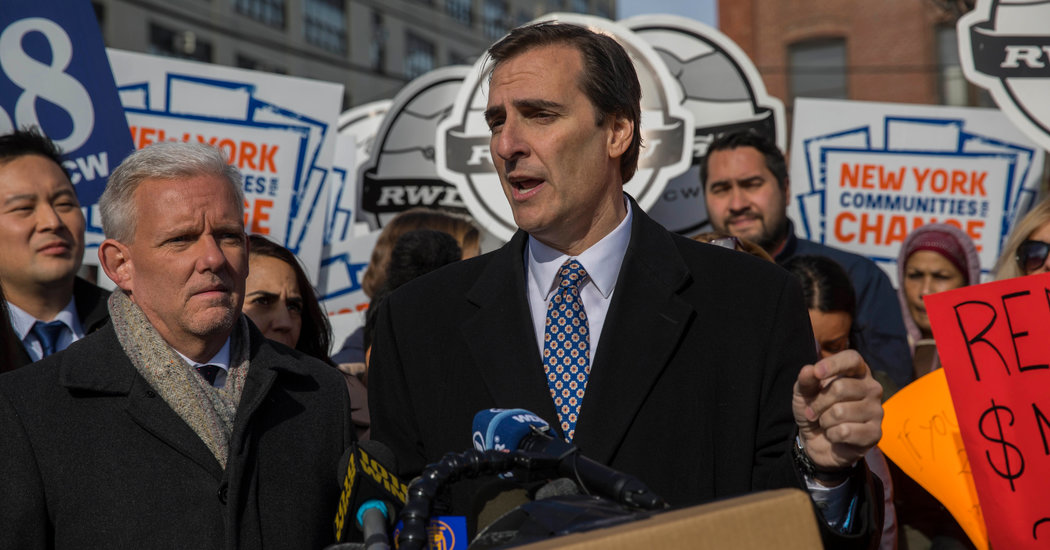 "My position on the Amazon deal is clear and unambiguous and is not changing," said Mr. Gianaris, who has been present at protests against the deal. "It is hard for me to say what I would do when I don't know what it is I would be asked to opine on." However, he added, he said he did not intend to use his position to search concessions from Amazon.

"I'm not looking to negotiate a better deal," said Mr. Gianaris. “I am against the deal that has been proposed and don't believe it can form the foundation of a negotiation.”

The sudden injection of uncertainty followed a troubled unveiling of the project and a concerted effort by activist organizers to rally opposition to the deal. The company, in recent weeks, has been trying its own charm offensive, engaging local business owners, lobbyists and officials to sell the deal.

Last week, Amazon executives endured a barrage of questioning during a second hearing on the deal before the New York City Council, a solidly progressive Democratic body whose members have been critical of the company's treatment of its workers. During the hearing, Brian Huseman, Amazon's vice president of public policy, said the company would not remain neutral if its employees tried to unionize.

The comment led to criticism from Ms. Stewart-Cousins ​​and counterpart in the Assembly, Carl Heastie

At the same time, Amazon executives privately voiced frustration at the opposition in New York, comparing it with the welcome they have received in Virginia, where a similarly sized campus is planned. Mr. Huseman, in his prepared remarks last week, said pointedly that the company had been "invited to come to New York, and we want to invest in a community that wants us."