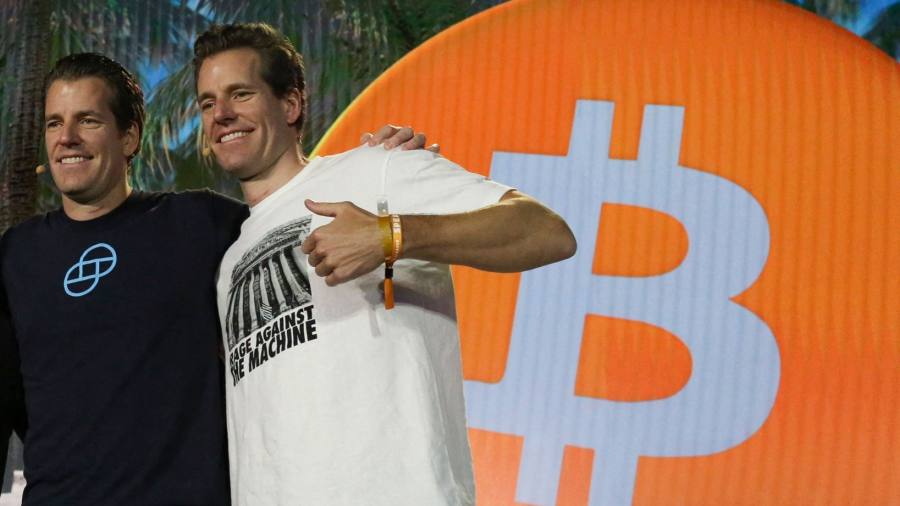 New York crypto exchange Gemini, run by Tyler and Cameron Winklevoss, is trying to recoup funds after Genesis was wrong-footed by last month’s failure of Sam Bankman-Fried’s FTX crypto group, according to people familiar with the matter.

Gemini’s attempt to recover the funds underscores how the crypto lending market, where investors lend their coins in exchange for high returns, is at the center of the industry̵[ads1]7;s credit crunch.

Genesis is the lead partner in Gemini’s “earn” program, where retail investors lend their coins in exchange for a fixed stream of returns. Gemini halted withdrawals from the scheme last month after Genesis said “unprecedented market turbulence” meant it did not have sufficient liquidity to meet all its redemption requests.

Gemini has now formed a creditors’ committee to recover the funds from Genesis and its parent DCG, the people said. Gemini and Genesis declined to comment.

Genesis has struggled to raise funding and has hired investment banking boutique Moelis & Co to help it explore all possible options, according to people familiar with the situation.

The creditors’ committee is in negotiations with both Genesis and DCG, the parent group of Genesis run by billionaire Barry Silbert, the people said. Founded in 2015, DCG is one of the largest investors in the crypto industry. It was valued at $10 billion last year by investors including Singapore’s sovereign wealth fund GIC, Google’s venture arm CapitalG and SoftBank, and its subsidiaries include Genesis and investment manager Grayscale.

DCG itself owes money to subsidiary Genesis; these intra-group loans have complicated the picture for creditors.

DCG has $2 billion in outstanding debt, of which $1.7 billion is owed to its own subsidiary Genesis through two loans. Over the summer, Genesis lost $1.1 billion on a loan to the collapsed hedge fund Three Arrows Capital. DCG assumed Genesis’ liabilities in the process, subsequently owing $1.1 billion to Genesis. Silbert told investors last week that DCG had separately borrowed $575 million from Genesis “at arm’s length” to fund undisclosed investments and share buybacks from non-employee shareholders.

“Because of what the liabilities are, they are negotiating together,” said a person familiar with the Genesis matter and DCG’s approach to creditors.

DCG declined to comment. The Financial Times revealed last week that some of DCG’s loans were used to fund the investment in another of its subsidiaries, Grayscale.