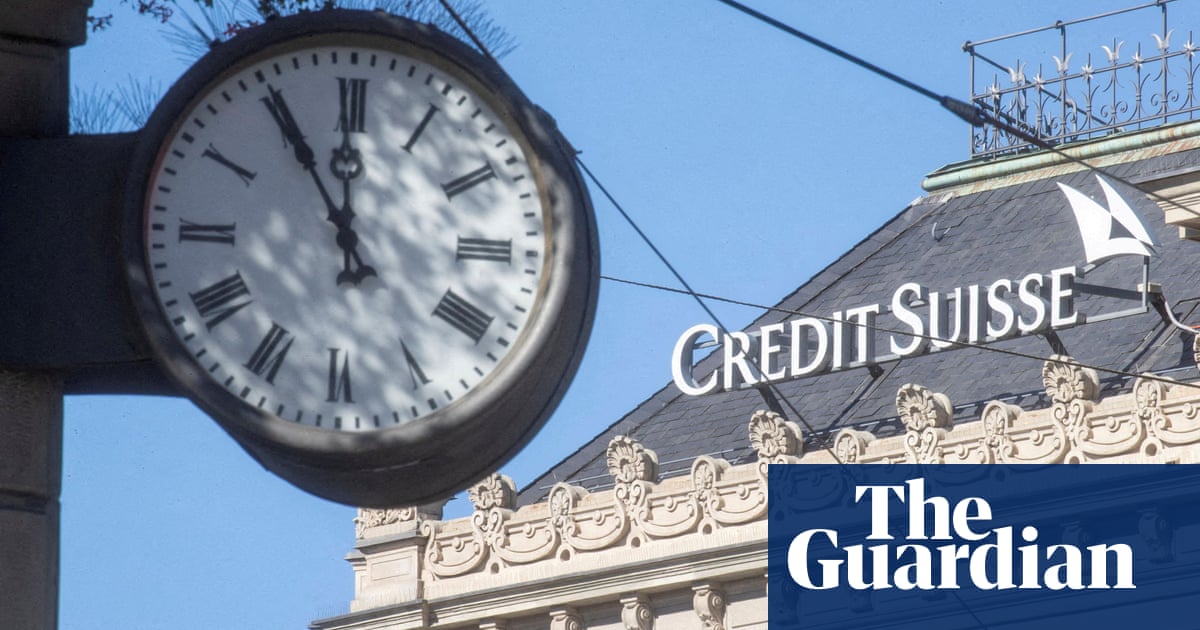 Credit Suisse has revealed sweeping plans to cut 9,000 jobs and raise billions of pounds from investors in a Saudi-led funding round, as part of a company-wide overhaul intended to draw a line under a string of scandals and help it recover from a £ Loss of 3.5 billion.

The announcement follows months of speculation over the scale of change planned under new boss Ulrich Körner, who has been tasked with shrinking the investment bank and cutting costs.

Credit Suisse bosses hope investors will give the green light to plans to raise 4bn Swiss francs (£3.5bn), including 1[ads1].5bn Swiss francs from the Saudi National Bank (SNB), next month. The move will give the Saudi bank a 9.9% stake, making it the second-largest investor behind US investment group Harris Associates.

Switzerland’s second-largest bank said it is shedding 2,700 full-time jobs, accounting for about a third of the planned cuts and a fifth of its 52,000 global staff.

It expects its total staff base to shrink to 43,000 by the end of 2025, through a mix of further job cuts and natural attrition, meaning it will not replace staff as they leave the bank. The lender did not confirm how many of its 5,500 employees in the UK may be affected.

“This is a historic moment for Credit Suisse,” Körner said. “We are radically restructuring the investment bank to help create a new bank that is simpler, more stable and with a more focused business model built around customers’ needs.”

The restructuring plans – which will put more focus on the bank’s asset management division for wealthy clients – are expected to cost around 2.9 billion Swiss francs over the next year. It will be financed by dumping some of the investments, selling parts of the business and raising new money from investors.

The Saudi National Bank said it planned to participate in the fundraising to “support the establishment of an independent investment bank with a focus on advisory and capital markets activities.”

If approved, it would add another Middle East investment to the bank’s list of top shareholders, which includes the Qatar Investment Authority and the private investment firm Olayan Group, which has links to Saudi Arabia.

Credit Suisse also confirmed it would continue to build up its investment bank as it sought to raise more money.

It will involve selling part of its securitized products business – which buys and sells investment products backed by assets such as mortgages, credit card debt and car loans – to US investment groups Pimco and Apollo.

It will also spin off part of the investment bank, which will be operated under the CS First Boston brand. Credit Suisse said the business would be “more global and broader” than most boutique firms, but would have a “more focused” approach than major investment banking rivals, which include UBS and Goldman Sachs.

Credit Suisse chief executive Axel Lehmann said that while the investment bank had built a “powerful and respected” business over its 166-year history, it had become “unfocused” in recent years.

“For several months, the board, together with the executive board, has considered our future direction, and in doing so we believe we have left no stone unturned,” he added.

The overhaul follows a number of scandals in recent years. Credit Suisse was implicated in the collapse of lender Greensill Capital and US hedge fund Archegos Capital in 2021. That year it also admitted defrauding investors as part of the Mozambique “tuna bond” lending scandal, resulting in a fine worth more than £350m.

This year, Swiss prosecutors found the bank guilty of helping to launder money on behalf of the Bulgarian mafia. The bank has denied wrongdoing and said it will appeal the ruling.

Credit Suisse also came under fire after the Suisse Secrets investigation, which showed it had served clients involved in torture, drug trafficking, money laundering, corruption and other serious crimes over decades.

“The new executive board is focused on restoring trust through the relentless and responsible delivery of our new strategy, where risk management remains at the very heart of everything we do,” Körner said.