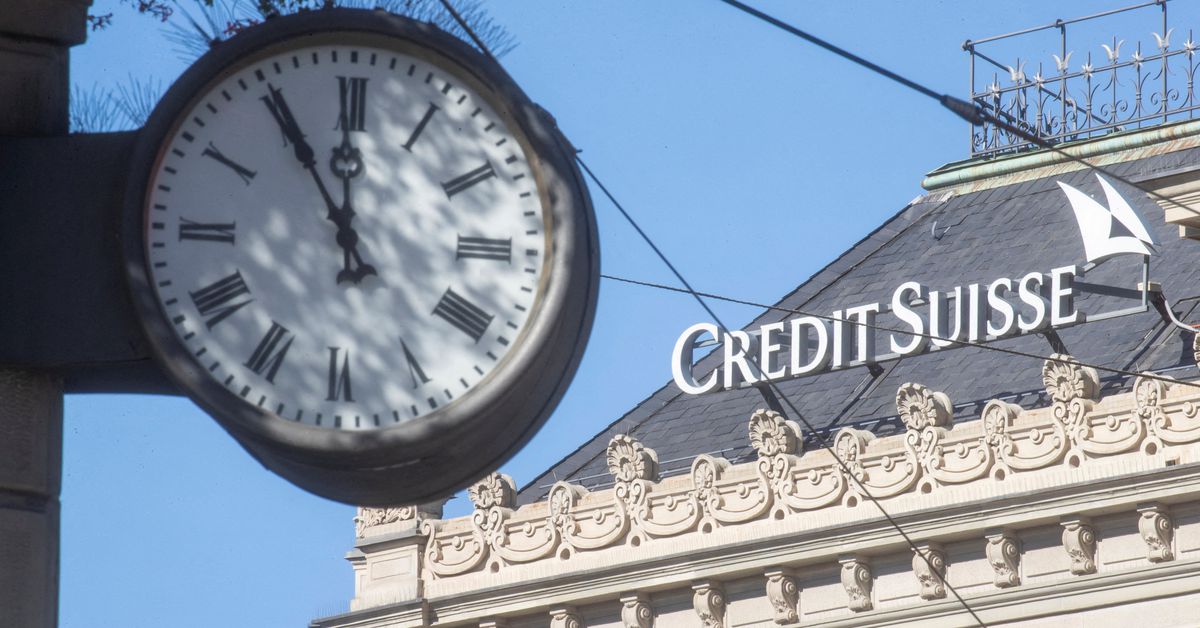 ZURICH, Oct 7 (Reuters) – Credit Suisse ( CSGN.S ) will buy back up to 3 billion Swiss francs ($3 billion) in debt, the troubled Swiss bank said on Friday, showing strength as it seeks to reassure investors after a turbulent week.

The measure trims the bank’s debt and is an attempt to strengthen confidence after sharp falls in share prices and bonds. Unsubstantiated rumors that its future was in doubt have swirled on social media amid concerns that it may need to raise billions of francs in new capital.

Credit Suisse, one of Europe’s biggest banks, is embarking on a radical turnaround after losing more than $5 billion from the collapse of investment firm Archegos last year, when it also had to suspend client funds linked to failed financier Greensill.

CEO Ulrich Koerner also told employees in a memo that they have sufficient capital and liquidity. read more

But his words only fueled rumors about the bank, as a social media storm gathered pace, sparking a sell-off in its shares.

The bank said the debt buyback would “allow us to take advantage of market conditions to buy back debt at attractive prices”.

Investors took heart. Credit Suisse shares rose as much as 3% in early trading on Friday, while the price of its euro-denominated bonds rose.

“It’s an opportunistic move to take advantage of market conditions that may be reassuring to some investors,” Vontobel analyst Andreas Venditti said. “If bought below par, a gain results which will increase the capital a little.”

Earlier this week, in an unusual move, the Swiss National Bank, which oversees the financial stability of systemically important banks in Switzerland, said it was monitoring the situation at Credit Suisse.

Banks are considered systemically important if their failure would undermine the Swiss economy and financial system.

The move is reminiscent of a multibillion-euro debt buyback by Deutsche Bank in 2016, when it faced a similar crisis and doubted its future.

Zuercher Kantonalbank said the bonds are currently trading at a deep discount, allowing Credit Suisse to cut the debt at a low price. Analyst Christian Schmidiger said the move was also a “signal that Credit Suisse has sufficient liquidity”.

The development unfolded after sources recently told Reuters that Credit Suisse was seeking investors for new money, approaching them for the fourth time in about seven years.

Under a restructuring launched by chairman Axel Lehmann, the bank envisages shrinking the investment bank to focus even more on its flagship asset management business. First and foremost, he hopes to end a troubled chapter for the bank and repair its reputation.

In the last three quarters alone, the losses have added up to almost 4 billion Swiss francs. Given the uncertainty, the bank’s financing costs have increased.

The bank will present its new business strategy on 27 October, when it publishes results for the third quarter.

Rating agency Moody’s Investors Service expects losses for Credit Suisse to increase to $3 billion by the end of the year, Moody’s chief analyst at the bank told Reuters on Thursday. read more

The bank has also said it wants to sell its exclusive Savoy Hotel, one of the most famous hotels in Zurich. read more