Credit Suisse director fired after being caught on camera and attacking waiters at a Koreatown restaurant in NYC because they refused to let him use the bathroom at 2 p.m.

A Credit Suisse director has been fired after being filmed and attacked waiters at a Korean restaurant for refusing to let him use the bathroom after he stumbled in drunk at 2am.

Roman Cambell was fired from his media and information services role at the bank this week after footage of the incident was shared on social media by the restaurant owner’s daughter.

The Columbia University graduate told The New York Post on Saturday that he did not think he was doing anything wrong, and that he was “provoked” by one of the waiters “spraining his thumb.”

The condemnatory footage shows him arriving at Shanghai Mong, an Asian fusion restaurant in Koreatown, on Saturday 4 June at 01.52 and demanding to be allowed to use the bathroom.

First, the female restaurant owner politely said that the toilets were for customers only. 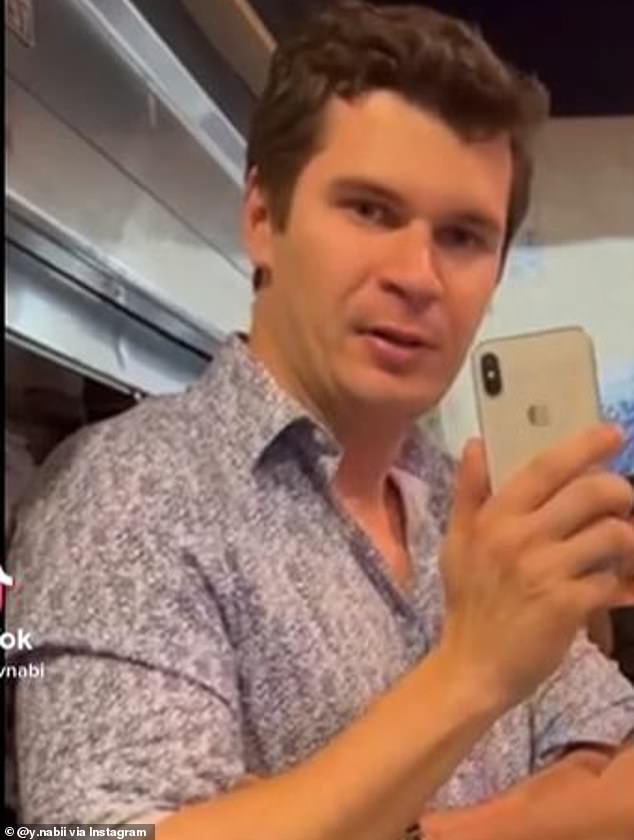 He started picking her up on the phone while she was talking.

When she pulled out her phone, he knocked it out of her hand and then stabbed herself in the back of the restaurant.

A male Spanish waiter trying to stop him was hit and ended up bleeding from the head.

The owner’s daughter posted surveillance footage of the incident on TikTok and Instagram, and asked for the audience’s help to find him.

On Saturday, she told DailyMail.com that her mother got back pain after being pushed by Cambell.

“Everyone in the restaurants is fine. My mother’s lower back hurt for a few days because she was pushed by Roman.

“She was pushed into some hangers behind our counter. The waiter is ok, but his forehead has some bruises after being beaten, and his finger has a scab that heals. 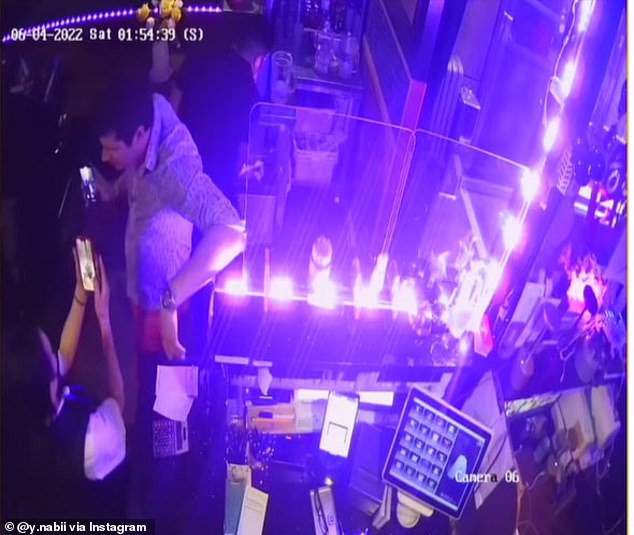 Cambell stormed into Shanghai Mong on June 4 at 01.52 with a demand to use the bathroom 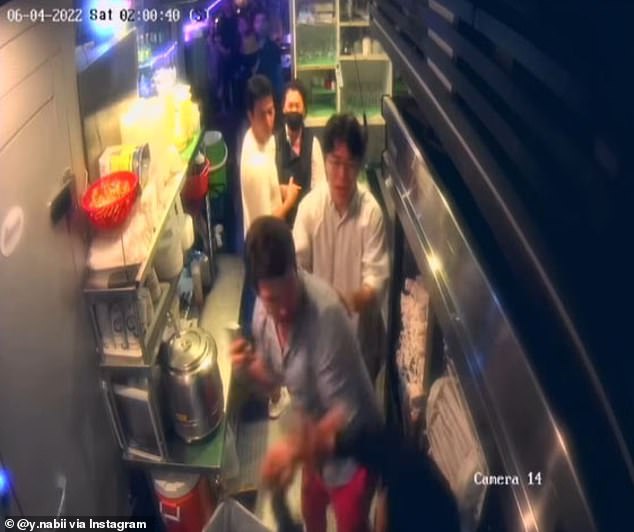 When the female owner refused him, he stormed through to the back of the restaurant 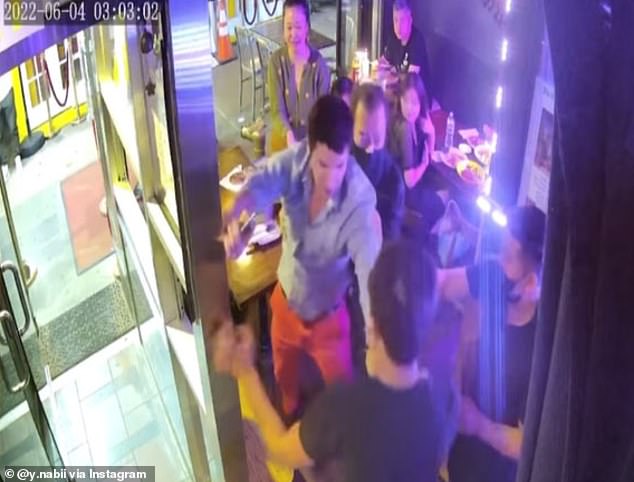 Eventually, he was forced out of the restaurant after hitting one of the waiters in the head 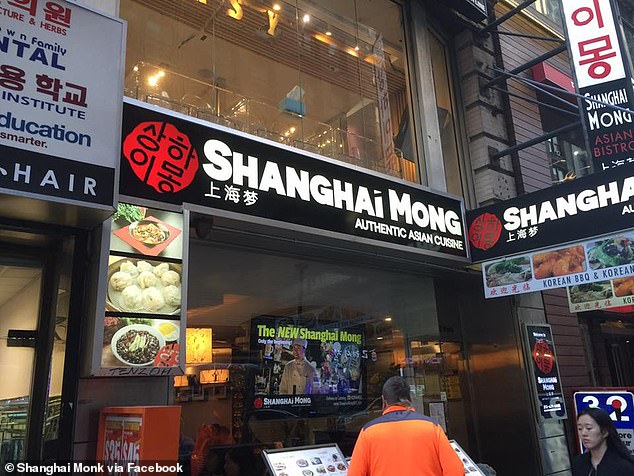 “My mother and the waiter are mentally healing now because this was very traumatic for them,” she said.

In her first post about the incident, she said: “My parents work 7 days a week, and they have not taken a holiday for 6 years.

“When the police arrived, they just talked to the guy and left. Our waitress’ forehead was bleeding after the guy hit his head.

“He grabbed his mother’s phone to smash it, and he was not charged for anything,” she said. 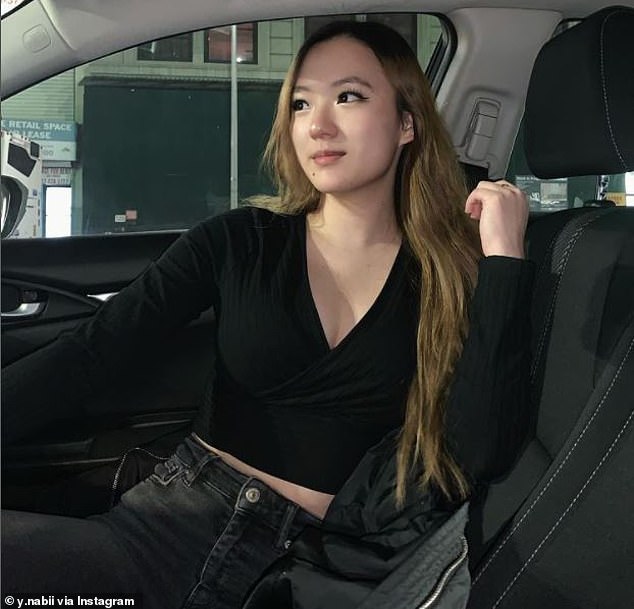