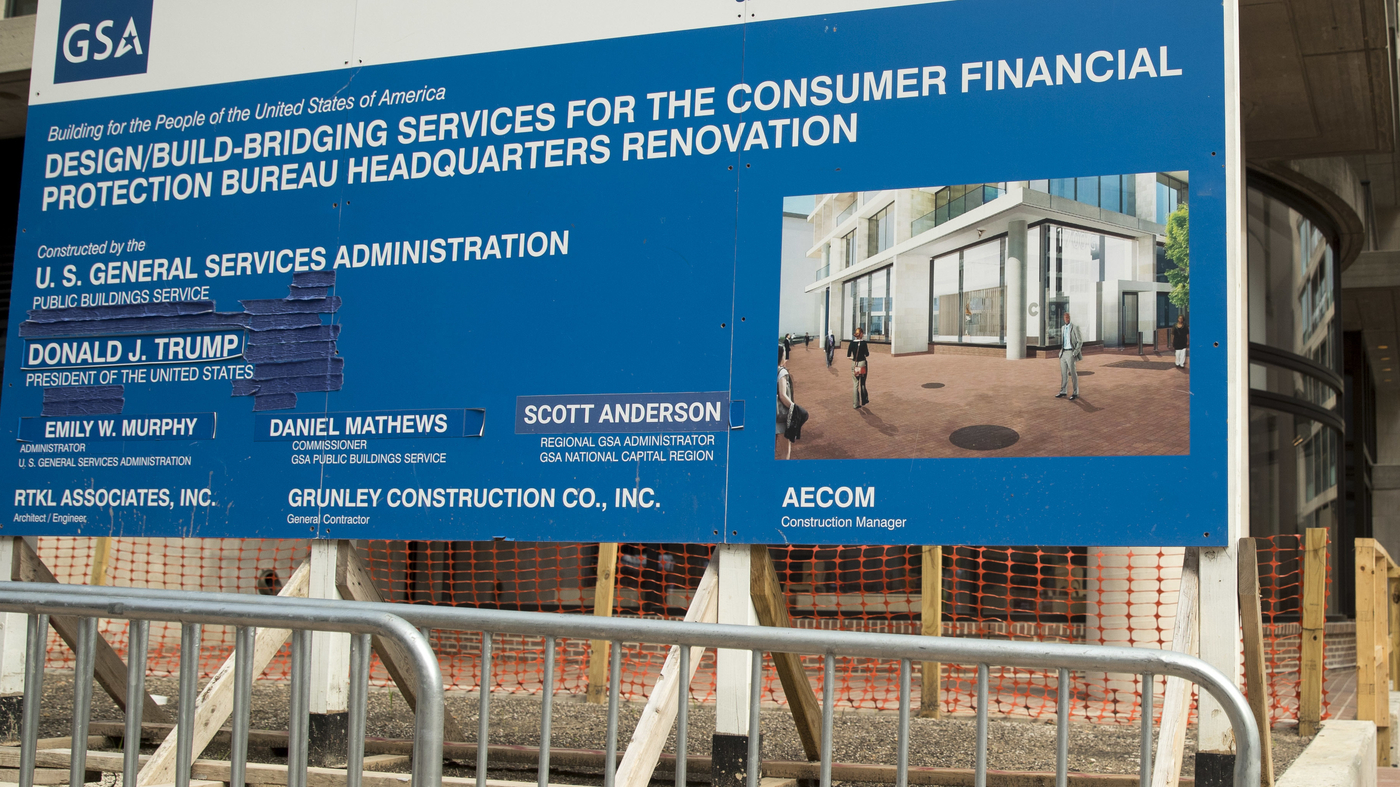 A sign stands at the construction site for the Consumer Financial Protection Bureau’s new headquarters in Washington, Monday, Aug. 27, 2018.

A sign stands at the construction site for the Consumer Financial Protection Bureau’s new headquarters in Washington, Monday, Aug. 27, 2018.

A federal appeals court has ruled that the funding structure of the nation’s most powerful financial watchdog agency, the Consumer Financial Protection Bureau, is unconstitutional.

In a case brought by a payday lending group, a three-judge panel of the Fifth U.S. Circuit Court of Appeals threw out a CFPB regulation governing these high-interest lenders, ruling that the way the agency is funded “violates the Constitution’s structural separation of powers.”

“Three judges, all appointed by President Trump, have decided to defund the agency that Congress itself voted for,” said Chris Peterson, a law professor at the University of Utah and a former attorney at the CFPB.

The agency was created by the Obama administration and Congress in the wake of the financial crisis and Great Recession to better protect ordinary Americans from being defrauded by banks, student loan and credit card companies and other financial firms. It has returned billions of dollars to consumers it believed have been unfairly treated.

To protect it from political influence, the agency receives its funding from the Federal Reserve, not Congress. It was the part of the structure that the court said violated the constitution.

“While the vast majority of executive agencies rely on annual appropriations for funding, the Bureau does not,” the judges wrote. “Wherever the line between a constitutionally and unconstitutionally funded agency may be, this unprecedented arrangement crosses it.”

Peterson says the CFPB is not unique as an agency that does not receive its annual funding determined by Congress — the Federal Reserve and the Federal Deposit Insurance Corporation are both funded in other ways.

“The CFPB will likely ask for a stay while it seeks an appeal to the full 5th Circuit… and then probably the U.S. Supreme Court after that,” Peterson says.

Meanwhile, he says it casts doubt on all kinds of other rules the agency has in place, because at least in the region of the 5th Circuit — Texas, Louisiana and Mississippi — other CFPB rules can be challenged with similar lawsuits.

“There’s going to be a lot of confusion about whether rules related to mortgages, debt collection, credit cards, are still viable rules further down in the Fifth Circuit.”

If the ruling is ultimately upheld, it could mean the agency would have to have an annual budget approved by Congress, which Peterson says would leave it vulnerable to “banks, lenders and debt collection agencies who are incredibly effective at lobbying Congress to weaken consumer protections.”

The CFPB did not immediately respond to a request for comment.