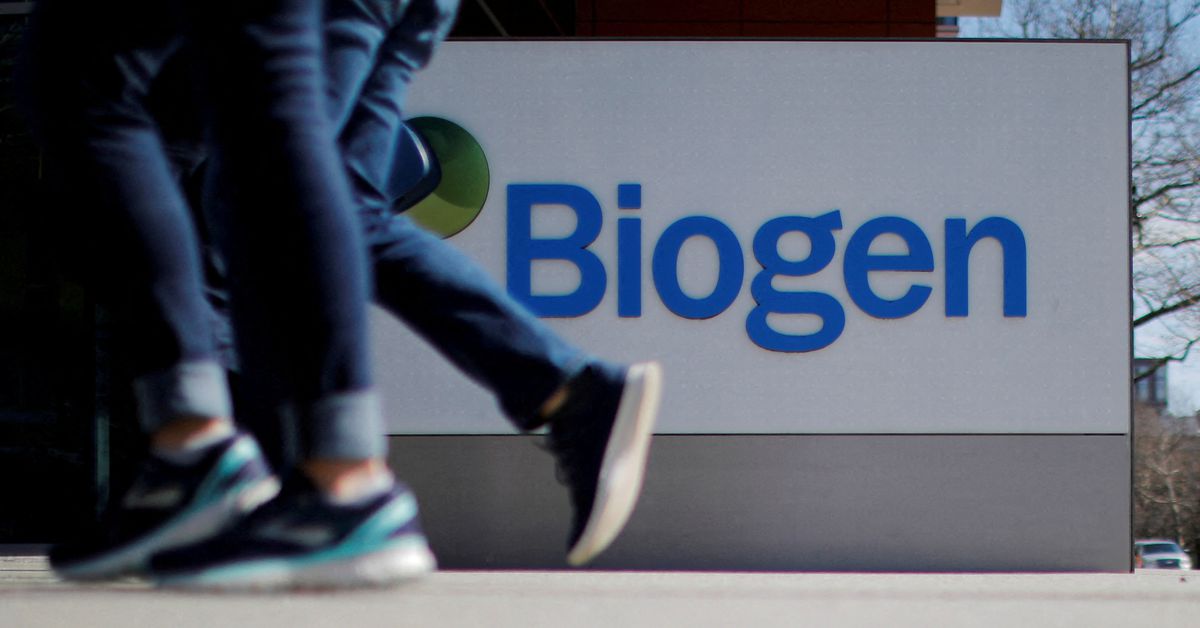 WASHINGTON, Dec 29 (Reuters) – The U.S. Food and Drug Administration failed to follow its own guidelines and internal practices during the approval process for Biogen’s ( BIIB.O ) Alzheimer’s drug Aduhelm, which was “riddled with irregularities,” a congressional report showed Thursday.

The FDA’s interactions with Biogen were “atypical” and did not follow the agency’s documentation protocol, according to a staff report on the findings of an 18-month investigation by two House committees into the drug’s regulatory review, approval, pricing and marketing.

The FDA approved Aduhelm in June 2021 under an accelerated approval pathway over the objections of the panel of outside advisers, who did not believe data definitively proved the drug’s benefit to patients.

The Medicare program limited coverage, which has led to severely limited use of the Biogen drug.

Biogen set an “unreasonably high” price by initially setting Aduhelm’s price at $56,000 per year despite a lack of demonstrated clinical benefit in a broad patient population, the report said, adding that the company’s own internal estimates showed that it expected that the drug would be a burden. to Medicare and costly to patients.

“The findings in this report raise serious concerns about FDA’s lapses in protocol and Biogen’s disregard for efficiency and access in the approval process for Aduhelm,” the report, prepared by the staff of the House Committee on Oversight and Reform and the House Committee on Energy and Commerce, concluded.

The agency should ensure that all significant interactions with drug sponsors are properly memorialized, establish a protocol for joint briefing documents with drug sponsors, and update its industry guidance on the development and review of new Alzheimer’s drugs, the report recommended.

Biogen and other drug manufacturers should communicate to the FDA all concerns about safety and efficacy to the FDA, as well as take value and patient access into account when setting prices, the report says.

An FDA spokesperson said the FDA’s decision to approve Aduhelm was based on scientific evaluation of the data in the application.

He pointed to the FDA’s internal review that found the employees’ interactions with Biogen appropriate.

“It is the agency’s job to frequently interact with companies to ensure that we have sufficient information to inform our regulatory decision-making process. We will continue to do so, as it is in the best interests of patients,” he said, adding that the agency will continue to use the accelerated approval route when appropriate.

The FDA has already begun implementing some of the report’s recommendations, the spokesperson said.

“Biogen stands by the integrity of the actions we have taken,” the Cambridge, Mass.-based biotech company said in an emailed statement.

“As stated in the congressional report, an (FDA) review concluded that ‘There is no evidence that these pre-submission interactions with the sponsor were anything but appropriate in this situation,'” Biogen said.

Documents obtained by the committees show that FDA staff and Biogen held at least 115 meetings, conversations and email exchanges during a 12-month period beginning in July 2019.

The total number of meetings is unknown because the FDA was unable to keep track of informal meetings and interactions between employees and Biogen representatives. The investigation identified a further 66 calls and email exchanges that were not recalled.

The FDA improperly collaborated with Biogen on a joint Peripheral and Central Nervous System (PCNS) Advisory Committee briefing document, according to the report, with FDA and Biogen staff working closely for months prior to the November 6, 2020 meeting to prepare the document, which did not adequately degree represented different points of view within the agency.

“Using a joint briefing document, Biogen provided advance insight into the FDA’s response and direct guidance from the agency in drafting the company’s own sections. For example, in an exchange of the draft briefing document on October 9, 2020, FDA staff asked Biogen to move a paragraph prepared by the agency in Biogen’s portion of the memorandum — a change reflected when the document was finalized, said the report released to media organizations.

When none of the advisory panel members voted to approve Aduhelm, the FDA moved to use its accelerated approval pathway — typically used for rare diseases or small patient populations that lack access to effective treatments — despite having considered the drug under the traditional approval pathway for nine months, says the report.

It did so on a significantly shortened timeline, approving it after three weeks of review, and for a broad label indication in “people with Alzheimer’s disease” that was not supported by clinical data, the report said.

Internal documents obtained by the investigation showed that Biogen accepted the indication despite its own reservations about the lack of evidence Aduhelm could help patients at disease stages outside of its clinical trials.

Washington-based correspondent covering US health care and pharmaceutical policy with a focus on the Department of Health and Human Services and the agencies it oversees, such as the Food and Drug Administration, formerly based in Iraq and Egypt.