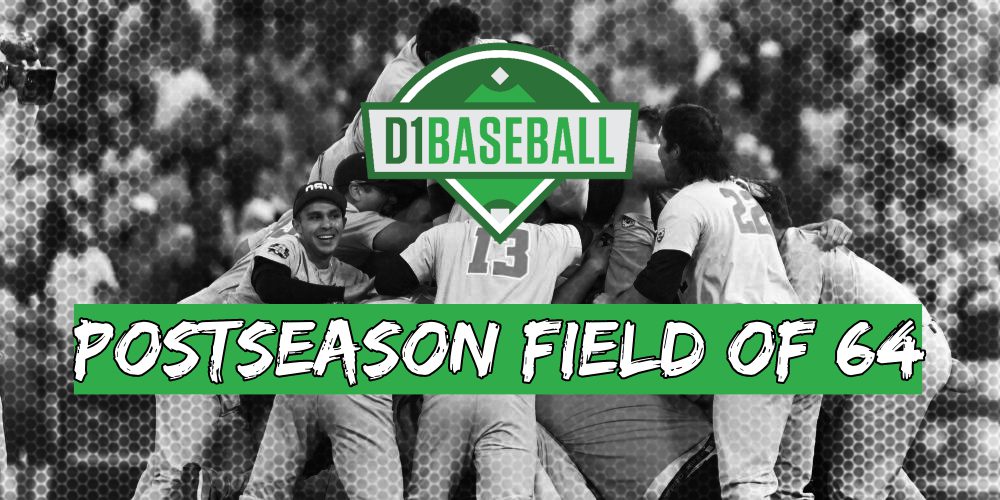 Conference tournament action continues around the country and situations can change on a dime.

Look at the hosting situation as a prime example. The final few hosts have changed a couple of times this week. UC Santa Barbara and Miami were both hosts in Friday's projections. However, the two are out today with LSU and Texas A&M taking their places. UCSB is a second straight home game to Cal Poly and is down to 21

in the RPI. The Gauchos also need to win the Big West title and automatic bid on Saturday. Meanwhile, Miami dropped a contest to North Carolina at the ACC tournament and dropped to 18 in the RPI. The Hurricanes are very much in the hosting discussion, but North Carolina has moved ahead in the pecking order with a strong head-to-head advantage, higher RPI and superior Top 50 and 100 metrics. LSU is now comfortably in as a regional host after beating Mississippi State at the SEC tournament. The Tigers are up to 16 in the RPI, which was their crutch earlier this week, and have 21 RPI Top 50 wins along with a whopping 11 Top 25 RPI wins.

While LSU appears comfortable, A & M's situation is very fluid. The Aggies dropped out in Friday's projections, but are back in two teams falling out. The Aggies have a solid RPI in their favor, along with other solid metrics. However, the aggregate 17 SEC could be problematic and UNC could bolster its hosting with another win at the ACC tourney on Saturday. The Tar Heels are knocking on the door and could knock the Aggies out with another win or two in Durham. Ole Miss is red-hit at the SEC tournament and its RPI continues to climb. However, the Rebels are still sitting at 24 in the RPI and need to win tomorrow and get some help ahead of them. Also, keep an eye on Creighton, which has an RPI of 22 and continues to take care of business at the Big East tournament.

The top eight seeds remain the same, but with some slight changes in terms of the order. Georgia Tech won another game at the ACC tournament on Friday and moves to the No. 6 seed, while Louisville and Texas Tech round out the top eight seeds at No's 7 and 8, respectively. East Carolina could easily be top eight seed, but is out for now, while keeping an eye on Oklahoma State, which is up to 6 in the RPI, has 31 Top 100 wins and has the nation's No. 2 non-conference strength of schedule. The Pokes could play spoiler and knock out of the top eight if they win the Big 12 tournament.