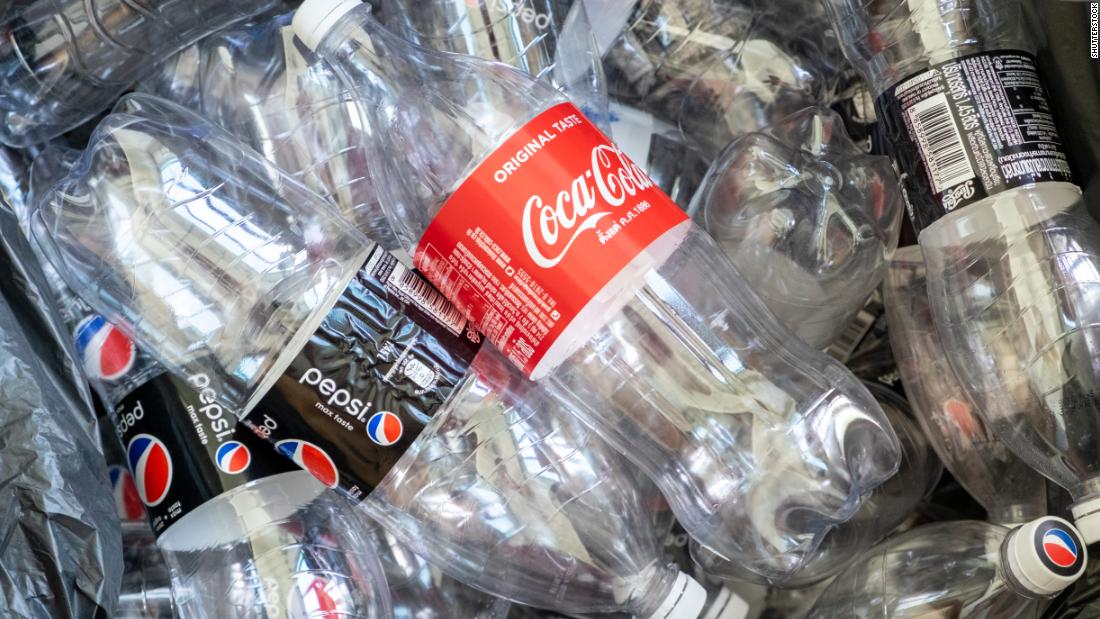 Both soda companies are trying to increase the amount of recycled plastic they use on bottles. They want to improve the recycling infrastructure and ensure that the packages are recyclable.

But the Plastics Industry Association has urged states to make plastic bans illegal. Participation in the group can blacken Coca-Cola and Pepsi's images as companies working to find solutions to plastic pollution.

The association adopted attitudes that "did not fully meet our obligations and goals," Coca-Cola said in a statement last week, noting that it withdrew from the group earlier this year. Pepsi said it had joined the association to learn about innovation as it works to "achieve a circular economy for plastic."

"We are not participating in the political advocacy work of the association or its affiliates, and our membership will be terminated at the end of this year," Pepsi said.

Coke and Pepsi "made the wrong choice" by being part of the lobbying organization, said Dianna Cohen, executive director of the nonprofit Plastic Pollution Coalition. The optics for membership, she added, "are really bad."

Cutting ties with the Plastic Industry Association is a sign that "companies understand that they cannot publicly say that they want to end plastic pollution, while supporting an association that Lobbies for ours continued to rely on plastic waste, Greenpeace USA Oceans Campaign Director John Hocevar said in a statement.

The move may help calm some customers, but as people become more concerned about the negative effects of plastic pollution on the environment, as well as animal and human health, companies like Pepsi and Coke would have to go even further to find a solution.

Coca-Cola ( KO ) produced 3.3 million tons of plastic in 2017, according to a recent report from the Ellen MacArthur Foundation. PepsiCo ( PEP ) did not reveal how much plastic it sell

Both companies are trying to figure out ways to reduce virgin plastic usage and increase recycling. They are also investigating alternatives to plastics, such as aluminum, which are easier to recycle.

PepsiCo recently announced that the Aquafina brand will be sold in aluminum boxes on US fast food and restaurant chains as soon as next year. The company is testing a wider rollout to the stores.

"Tackling plastic waste is one of my main priorities, and I take this challenge personally," PepsiCo CEO Ramon Laguarta said at the time. "We are doing our part to address the issue by reducing, recycling and reinventing packaging." Pepsi has committed to using only recyclable, compostable or biodegradable packaging by 2025, and has committed to making new plastic bottles with 25% recycled material.

Plus, Coca-Cola last year launched a World Without Waste initiative that includes recycling targets, which includes the collection and recycling of similar bottles or can be sold by 2030. The company has also committed to making bottles and cans of at least 50% recycled material over the next 11 years.
Adhering to these goals will probably be difficult, especially because recycling is struggling. Organizations such as the World Wildlife Fund help companies try to achieve them.

Pepsi sells a high-tech water cooler that allows customers to fill their own bottles with flavored or tasteless, silent or carbonated water at varying temperatures. Coca-Cola has launched a similar product for Dasani in colleges.

These initiatives made membership in the plastic trading group problematic, at least from a public relations standpoint. The Plastics Industry Association is not just a lobbying group. Some of the initiatives, such as recycling assistance, may overlap with Coke and Pepsi.

"Our members work together to coordinate efforts to put recycling and sustainability ahead of their businesses," Patty Long, interim president and CEO of the Plastics Industry Association, said in a statement.

The plastic association said Greenpeace is responsible for the companies' withdrawal from the group.

"We are aware that several prominent brands that are members of the association have been targeted by a sustained Greenpeace activist campaign to pressure them to leave our association," Long said, calling the effort "unfortunate."