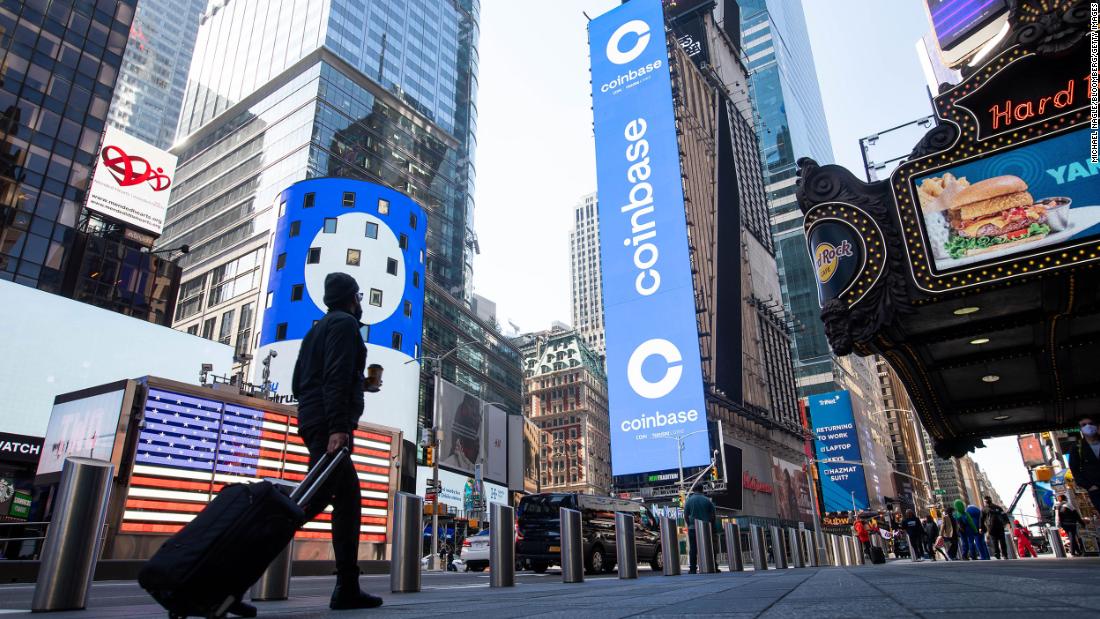 The cryptocurrency brokerage house reported a loss in the first quarter late Tuesday and revenue that fell 27% from a year ago, and lacks Wall Street forecasts. Coinbase shares fell more than 25% on Wednesday, reaching their lowest level ever.

Coinbase shares are now down more than 75% this year and are trading almost 85% below the highest price ever from November. The shares have lost more than half of their value in the last week alone.

The fall in Coinbase’s stock coincides with the massive fall in the value of bitcoin, ethereum and other cryptocurrencies in recent months. Coinbase said in its earnings report that approximately 48% of transaction revenues came from bitcoin and ethereum in the quarter.

As a result of volatility, Coinbase reported sharp declines in users, trading volume and assets from the fourth quarter.

“The first quarter of 2022 continued a trend of both lower cryptocurrency prices and volatility that began in late 2021,” Coinbase said in a letter to shareholders. But the company added that Coinbase is still “as excited as ever about the future of crypto.”
Nevertheless, it appeared that investors were intimidated by new language in Coinbase’s quarterly earnings to the Securities and Exchange Commission, which warned of bankruptcy risk.

The company said that “in the event of a bankruptcy, the cryptocurrencies we hold in custody on behalf of our clients may be subject to bankruptcy proceedings and such clients may be treated as our general unsecured creditors.”

This would mean that customers would not have access to funds if Coinbase declared bankruptcy.

But Coinbase CEO Brian Armstrong tried to reassure customers and clear up any confusion about the bankruptcy talk. IN a series of tweets late Tuesday night, Armstrong wrote that “your funds are safe with Coinbase, just as they always have been,” adding that “we have no risk of bankruptcy.”

Armstrong wrote that the company was required to include the bankruptcy warning language due to “a recently required disclosure for public companies holding third-party cryptocurrencies” as a result of SEC rules.

Coinbase is without a doubt the most high-profile cryptocurrency company. It garnered a lot of attention earlier this year for a bizarre (but lively) Super Bowl ad that contained nothing more than a QR code that moved around the screen for 60 seconds.

Coinbase said in its earnings report that the ad “resulted in significant improvements in our brand awareness, favoritism and consideration.”

Coinbase has also been busy adding other cryptocurrencies to its platform, such as cardano. And it has also launched a marketplace for non-fungible tokens (NFT), digital assets that have become increasingly popular in the art and collectibles world.

However, none of this has been enough to stop the massive fall in Coinbase’s shares.

The company was listed on the stock exchange last year through a direct listing of its shares on Nasdaq and was immediately worth almost 100 billion dollars. Coinbase’s market value now fluctuates around $ 15 billion.