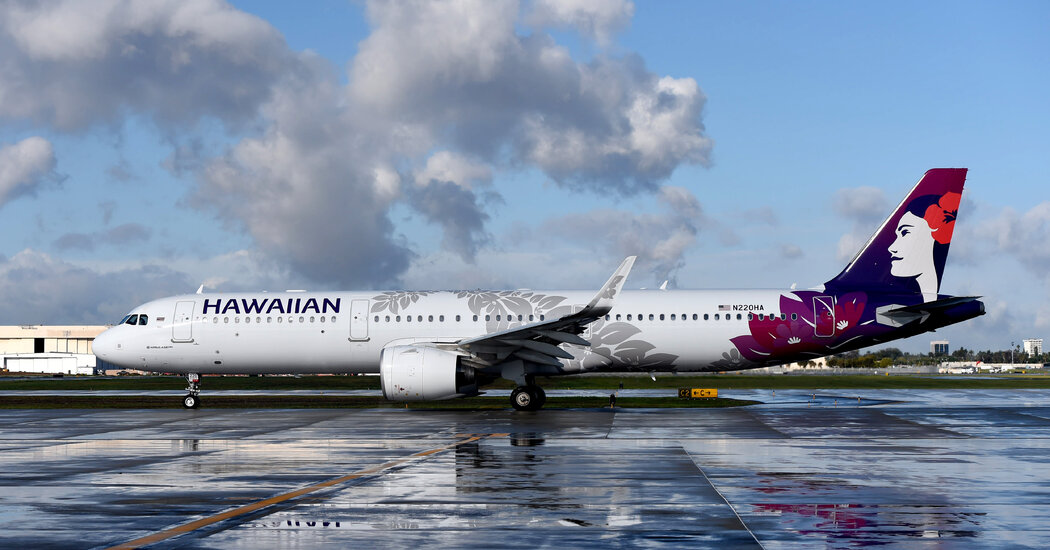 A Hawaiian Airlines pilot said a cloud “shot up” like a plume of smoke just before the plane experienced severe turbulence that injured 25 people last month, according to a preliminary report by federal investigators.

The National Transportation Safety Board said in the report that the captain of the plane reported that conditions were “smooth with clear skies.”

Then a cloud shot up vertically (like a cloud of smoke) in front of the plane within seconds and there was not enough time to deviate, the report said.

The captain alerted the lead flight attendant that the plane might experience turbulence, and within one to three seconds the plane encountered severe turbulence, the report said, citing the captain’s account.

“Shortly after the turbulence-related upset, the lead flight attendant informed the flight crew that there were multiple injuries in the cabin,” the report said. It added that a post-accident examination of weather in the area “revealed that there was an occluded frontal system with an associated upper-level trough” moving toward the Hawaiian Islands.

The turbulence left 25 people injured — six of them seriously — on the Dec. 18 flight from Phoenix to Hawaii that was carrying 281 passengers and 10 crew members, according to the report. Earlier, officials said three dozen people were injured, 11 of them seriously, and that there were 238 passengers on board.

The turbulence occurred about 40 minutes before the plane was scheduled to land at Honolulu International Airport. The plane sustained minor damage, although the report did not provide details.

Investigators said satellite and weather radars, along with lightning data, showed “strong cells” were in the area and the National Weather Service had issued a thunderstorm warning. There were no previous reports of severe turbulence prior to the incident, the report said.

The NTSB will continue to investigate and issue a final report, usually within 12 to 24 months, according to the agency.

Turbulence, which is air movement that often occurs unexpectedly and cannot be seen, can be created by various conditions, including cold or warm weather fronts, thunderstorms and jet streams.

Between 2009 and 2021, at least 146 people, including passengers and crew members, were seriously injured by turbulence, according to Federal Aviation Administration data.