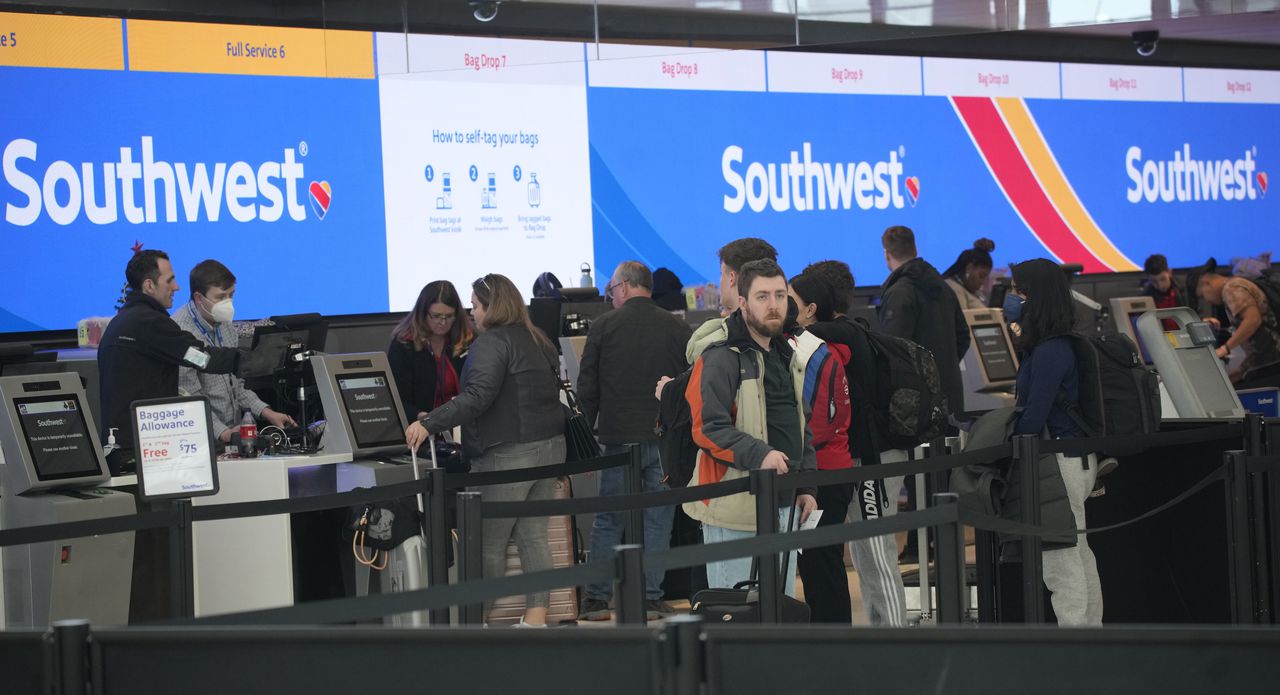 CLEVELAND, Ohio – Sleepless nights at the airport, endless lines – even threats of arrest.

It was not the holiday travel experience anyone wanted.

Many Clevelanders were caught up in the mess that was holiday travel last week, after a major winter storm triggered an operational meltdown at Southwest Airlines. Other airlines were also affected, although none canceled nearly as many flights as Southwest, which removed two-thirds of its flights in the days after Christmas.

We asked readers to share their vacation travel problem, and we got a desert.

Gayle and Michael Simon of Pepper Pike were trying to get home from Phoenix on Christmas Day and were stuck at Chicago Midway Airport, where several connecting flights to Cleveland were first listed as delayed — and delayed and delayed — and then finally canceled.

Finally, she and her husband ordered a rental car and drove home – but not before waiting in line for six hours to collect the vehicle.

“The whole experience was beyond what any human should ever experience in the lifetime of an airline,” she wrote. “The emotional distress and pain it caused is priceless. There is no monetary value that can ever make up for what we went through. It was awful. I hope there will be a class action against them.”

Jennifer Morrison of Shaker Heights relayed the disturbing story of her daughter and three grandchildren, who spent hours at Nashville International Airport on Christmas night trying to fly to Cleveland.

Shelley Morrison received conflicting information about the status of her flight and lined up to find out what was going on. And that’s when things went from bad to worse.

“She got in a line that was extremely long to get clarification,” Jennifer Morrison said. “After waiting in line for nearly an hour, the agent told travelers that she was closing the counter and security had been called to clear the area.”

She continued: “Long story short, the officer threatened to arrest my daughter, claiming that a canceled flight meant her ticket was invalid and she would be arrested for trespassing if she did not leave the area. He wouldn’t listen as she tried to explain that she was trying to get clarification.”

Morrison’s grandson posted a video on TikTok of the interaction, which was picked up by a number of news outlets, including WKRN-TV in Nashville, the Tennessean and the New York Times.

Shelley Morrison is still waiting for an apology for the way she was treated. Meanwhile, she and her daughters never made it to Cleveland for Christmas.

Not all stories had a sad ending.

Ken Sislak of Shaker Heights said his 17-year-old grandson called from Denver early Christmas Eve to tell him Southwest had canceled his flight. “He asked if I could find a way to get him home,” Sislak said.

“During my working career, I logged many miles on United and was a frequent flyer,” he said. “I logged into my United FF account and found a seat on a nonstop flight from Denver to Cleveland. The last available seat was a first class seat. I ordered it for him. He flew ‘home’ first class instead of Group C middle seat on SWA.”

Sislak added: “He arrived on time. His luggage didn’t. United forgot to load his checked bag. United delivered his bag in the middle of Christmas Day.”

She and her husband, Bob, were scheduled to fly to New York City on Dec. 23 to spend the holidays with their daughter’s family in Connecticut.

“We saw the big storm coming and my husband called Delta and they changed our flight to December 22nd with no change fee,” she wrote.

Her son and daughter-in-law also came from Florida. “No real problems or delays for either of us and no lost luggage,” she wrote.

Joel Salon of Shaker Heights was not so lucky. On December 24, he was scheduled to fly from Cleveland to Palm Springs, California, via Denver, to see his daughter and grandchildren for Christmas. The United flight was delayed in part because the plane’s tires were frozen to the tarmac after brutal winter storm Elliott plowed through Cleveland the day before.

When Salon realized he was going to miss the connection – and it would be days before he could get to California or back to Cleveland – the crew allowed passengers to disembark if they wished.

He got off the plane. However, his bags ended up in Palm Springs.

Halle DeLong and her family of six from Euclid drove to Columbus — twice — in an attempt to find free seats on a flight to Houston for a family reunion. Her first flight, on December 26 from Cleveland in the Southwest, was cancelled. Her son found six seats on a flight leaving Columbus that night—but when they got to the airport, TSA security had closed for the day. (United apparently hadn’t told the TSA it had a delayed flight.) They—and dozens of other frustrated passengers—couldn’t get to the plane.

“It’s then the reality that we might not make it to Houston,” DeLong said. “There were tears, shouting and our group of six was divided whether to press or wave the white flag. We got back in the car completely out of breath. We got back to Cleveland at 3 a.m.”

The next day, after trying and failing to find a flight from Cleveland, they returned to Columbus. They made it through security this time, but their plane got stuck in ice. They finally left for Houston at 11:22 p.m

The effort, she said, was worth it. “The past few years have reinforced the importance of spending more time with the people we love,” she wrote. “Came to the family reunion and spent three nights with my favorite people. Forgot all the flight delays/problems when we arrived.”

Reflections on the Southwest Airlines debacle, and what happens next