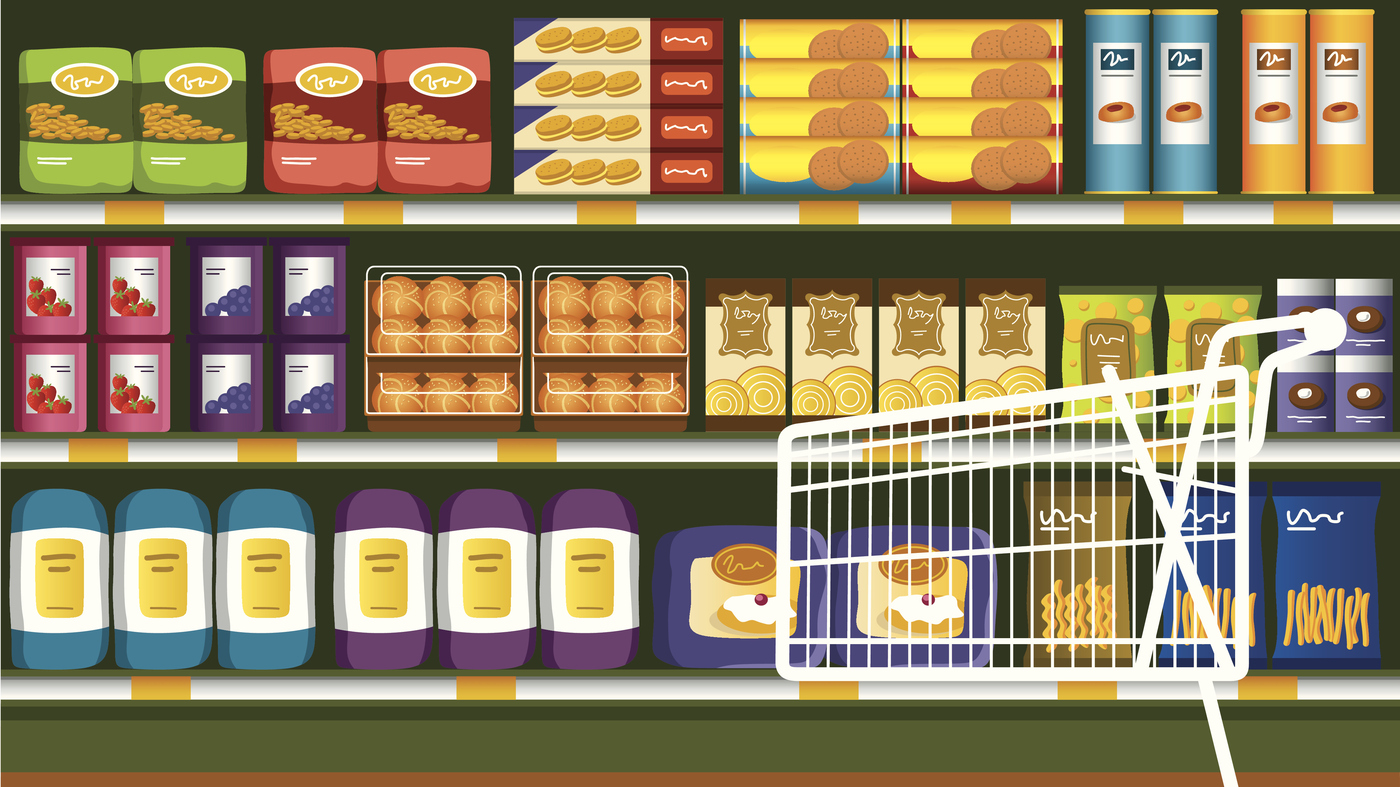 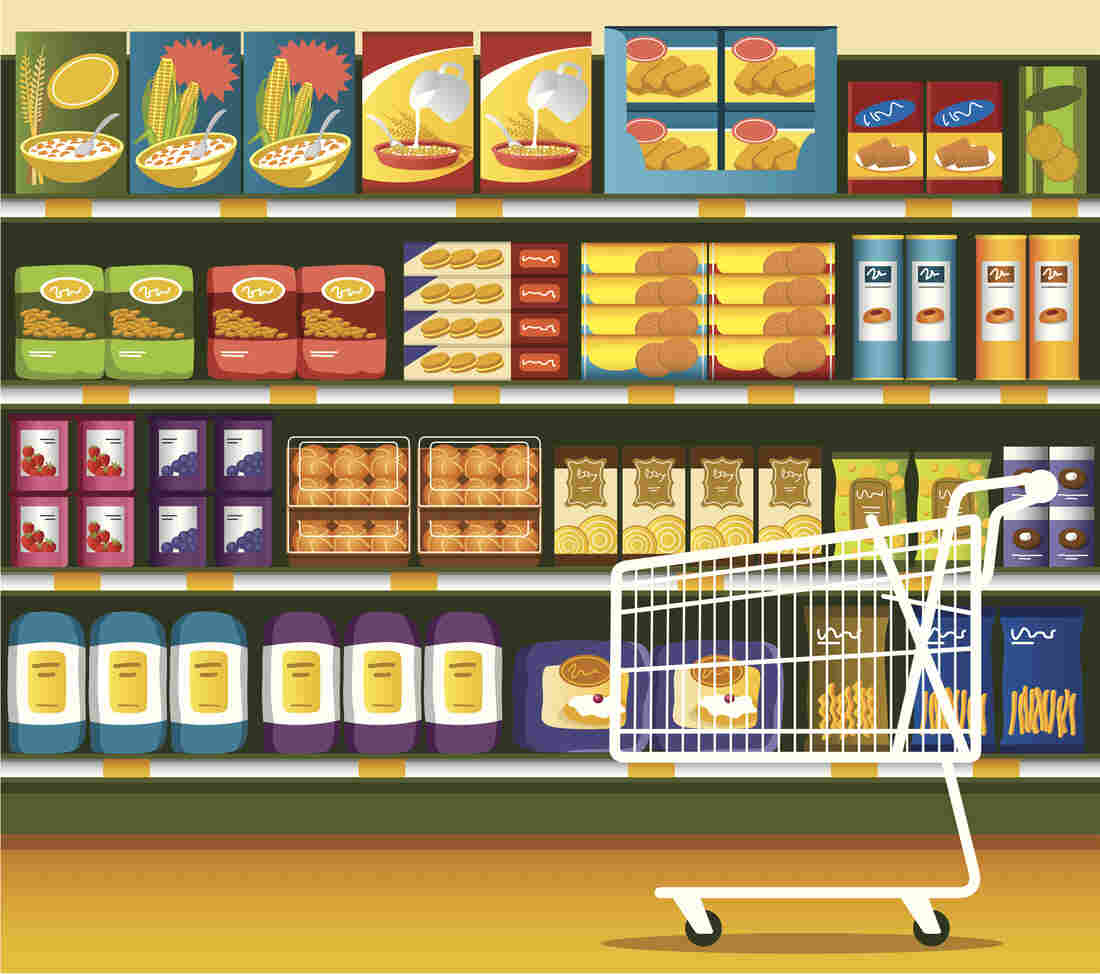 Think of the last time you went to the supermarket. You probably spent no more than a few seconds choosing from all the different brands of toothpaste, frozen peas or oatmeal.

These few seconds used to be the Holy Grail of Marks, the moment you would be hooked forever on the Tide detergent or Heinz ketchup – an event referred to as "the first moment of truth." But lately, the moment of truth has moved to the Internet. In addition, ripples from the 2008 recession have changed us as customers.

More and more people have begun to say, "I'm not a brand person."

The five fate words come from Juliet McFadden, 23, an office store in Boston. For consumer brands, owning American cabinets and cabinets – this feeling spells problems and signals a turning point: evolving or fading.

It has been a tumultuous period for giant consumer brand companies. Campbell Soup Co. is in the process of selling off part of its business and inviting a new CEO. Procter & Gamble is restructuring. Unilever, who makes Dove soap and Hellmann's mayonnaise, has also hired a new CEO.

As far back as 2015, research firm Catalina reported that 90 of the 100 largest brands in consumer-packaged goods lost market share.

To understand this trend, consider a shopper like McFadden. She has just begun to build her economy and lifelong shopping habits. This makes her a major target for consumer goods companies such as Procter & Gamble, Kraft Heinz or General Mills. But she's not easy to win over.

For example, McFadden doesn't like cereals: "I don't usually eat breakfast," she says. She doesn't drink soda and dislikes yogurt "with lots of sugar with them." She doesn't buy paper towels – "Paper towels are expensive," she says, "things it adds" – and prefers reusable washable rags.

The taste of McFadden generation is often treated with the weary tropic of millennial killing cereal, napkins, bar soap, canned tuna. But really, most Americans could make a similar list. Maybe you choose the store brand of toilet paper; or you buy a more advanced spice instead of Hellmann's mayo; or you order eco-friendly diapers online.

"Instead of just relying on brand awareness, consumers today buy what works for them. They are much smaller brand loyal," says David Luttenberger of market research firm Mintel. "They are more driven by performance, by convenience, by price."

During the great recession, the Americans warmed themselves to cheaper off-brand products, such as generics or merchandise. And then they continued to buy them themselves as the economy improved.

As in the music industry, very few artists can continue to succeed in sophomore and junior albums. … reinventing yourself over and over again is a big challenge.

In addition, the Internet has of course completely shot up shopping.

Think about how people used to discover new brands. Only the largest conglomerates could afford first-class TV commercials and prominent store locations, just around the eye.

And then the Baby Boomer generation of shoppers grew for ubiquitous products such as Campbell soup, Heinz ketchup, Oscar Mayer sausages or P&G's Crest toothpaste.

Some of these names remain long-term favorites among loyal older customers. In a 2018 Morning Consult survey, Procter & Gamble and Kimberly-Clark were the two top brands preferred by boomers, far more than total American adults.

At the same time, tech investors have funded startup to get Silicon Valley's "disruption" to products such as toothbrushes, vitamins and tampons. Wall Street has become cautious with even dominant consumer brands. Shares of companies such as Kellogg, Kraft Heinz and General Mills have recently hit their lowest levels this year.

"They are in a bit of a pickle," says Americus Reed, marketing teacher at the University of Pennsylvania Wharton School. "As in the music industry, very few artists can continue to succeed in sophomore and junior albums, right? … reinventing yourself over and over again is a real challenge."

But that's exactly what companies are trying to do with brands to survive. In 2017, Procter & Gamble cut the price of their shavers and replacement blades to compete against the online subscription, Dollar Shave Club and Harrys. Rival Unilever went in and bought Dollar Shave Club for $ 1 billion.

Kimberly-Clark – whose brands include Kleenex, Huggies and Kotex – struggles so much that it announced plans to lay down 13 percent of its workers and shutter 10 plants. Among various branding companies, the company has launched a new Scott toilet paper without the center tube to appeal to the environmentally conscious shopper.

General Mills renamed the classic Hamburger Helper as just "Helper." In a quiet performance, Kraft Heinz managed to extract artificial preservatives and dyes from his classic macaroni and cheese without anger.

The 149-year-old Campbell Soup Co. has been the poster child in the struggle to adapt to an age where people want practical, fresher products with ingredients they can pronounce.

Canonized by Andy Warhol in the heat-and-serve post-war period, Campbell feels acute sense of the American's diminishing appetite for canned and condensed soups. It tries to hold on to its vast share of the market with cleaner labels showing fresh ingredients, containers intended to taste and modern flavors such as toasted barley.

Another staple sense of pressure is cereal, with nostalgic brands such as Kellogg's Frosted Flakes and Froot Loops; General Mills Lucky Charms and Cheerios; PepsiCo's Life and Cap's Crunch. Sales here have declined this year. Mintel foresees another 5 percent decline through 2023, when people are not swayed by reduced sugar offerings and choose to skip breakfast or choose more portable, hotter and more nutritious options.

"You have many CEOs who are trying to find growth," Wall Street Journal cited as "a present-day big food company chief" in May. The article said that at least 16 CEOs of large food and beverage companies had declined in the two previous years.

"The challenge for these older brands is that the people who were born in them will die," says Reed, marketing professor, "and so you better have a plan to talk to these younger consumers."