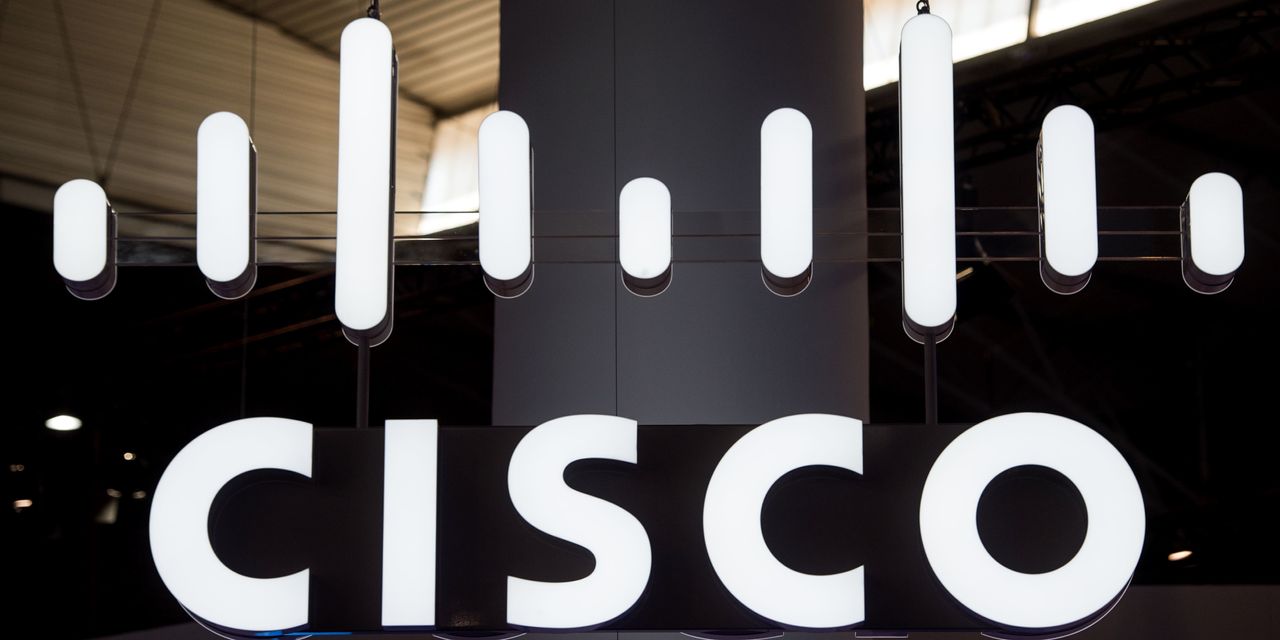 
Cisco Systems
shares traded lower after hours on Wednesday after the company provided disappointing guidance for the fiscal second quarter that ended in January.

For the fiscal first quarter ended October 26, Cisco (ticker: CSCO) reported revenue of $ 13.2 billion, up 1% from a year ago, slightly ahead of analysts' consensus forecast of $ 13.09 billion. Adjusted earnings were 84 cents a share, three cents ahead of the Wall Street consensus of 81 cents.

"We delivered a solid quarter against a challenging macro environment," said Cisco CEO Chuck Robbins. "We are focused on continuing to drive innovation, change our business and exceed customer expectations."

In an interview with Barron's Cisco chief financial officer Kelly Kramer said that the order weakness of the company last quarter "made it a little worse for us in the first quarter." She said there was still softness from both service providers and in emerging markets, but the problem has spread and become more broadly based.

"We saw order print in all our regions," she added. While demand from the public sector was "strong", she said that both business and commercial orders "were getting weaker."

Kelly said that Cisco still has a strong order pipeline, but that it takes longer to close deals, with several reviews in the procurement process. In the service provider segment, she noted that capital expenditure is down, especially in the United States

She said that China orders were down 31% year over year as US-China trade tensions hurt demand as some customers chose to choose domestic products over those from American companies. Kelly says the company also feels the effects of Brexit and slows down its business in Europe.

Cisco said revenue increased by 4% in both America and Europe, the Middle East and Africa, but down 8% in the Asia-Pacific region. Product revenues included growth in security and 16% growth in applications, while revenue on infrastructure platforms was down 1%.