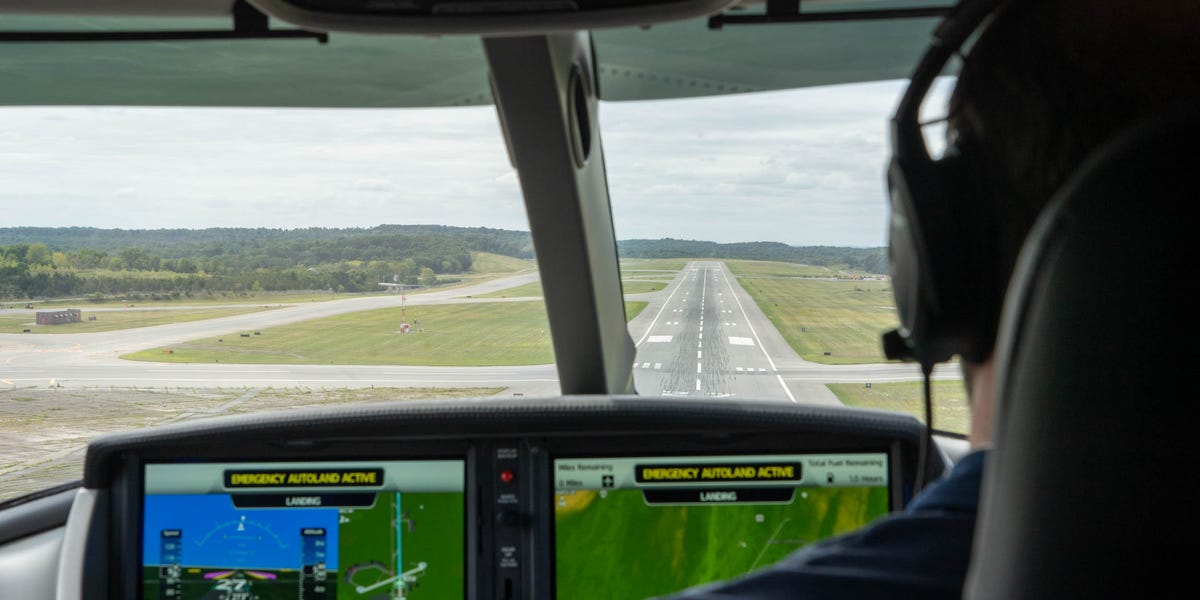 I landed a plane recently.

I'm not a pilot. And I've never taken a flight hour. In fact, I had never before touched an active control on a plane. But landing this plane was easy.

Cirrus Vision Jet is already the most accessible private jet in the world. A new aircraft costs around $ 2 million, about half as much as its closest rivals, and it was the most-delivered business jet of 201

8. With a single engine, composite bodywork, and just one pilot needed to fly it, it's a powerful aircraft with a range of 1150 kilometers

The Safe Return Emergency Autoland System, designed by Garmin, can land the aircraft at the touch of a large red button, which can be accessed with any passenger.

When enabled, the system automatically takes control of the aircraft, determines the nearest and most suitable airport, plots a flight around weather, buildings and terrain, alerts air traffic control, flies the aircraft to the selected runway while avoiding other aircraft, and gently brings the aircraft down to the ground and stops at the end of the runway, where the emergency services will be waiting.

This is not the very first automatic landing f eature, but what makes it revolutionary is that it can take complete and total control of the flight from the moment it is activated. Other systems on commercial aircraft rely on continuous input from pilots as a traditional autopilot system. But this is unique in that a passenger can activate it, and zero pilot input is required.

Late this summer, I took a demonstration flight with Cirrus to test the new autoland system.

We pretended the pilot was disabled. I pressed the button and it was the last time anyone touched the aircraft's controls until we had stopped on the runway.

It was an incredibly impressive thing to see in action. Read on to see how it went.