Chris Hughes Essay on Breakup draws an objection from Facebook 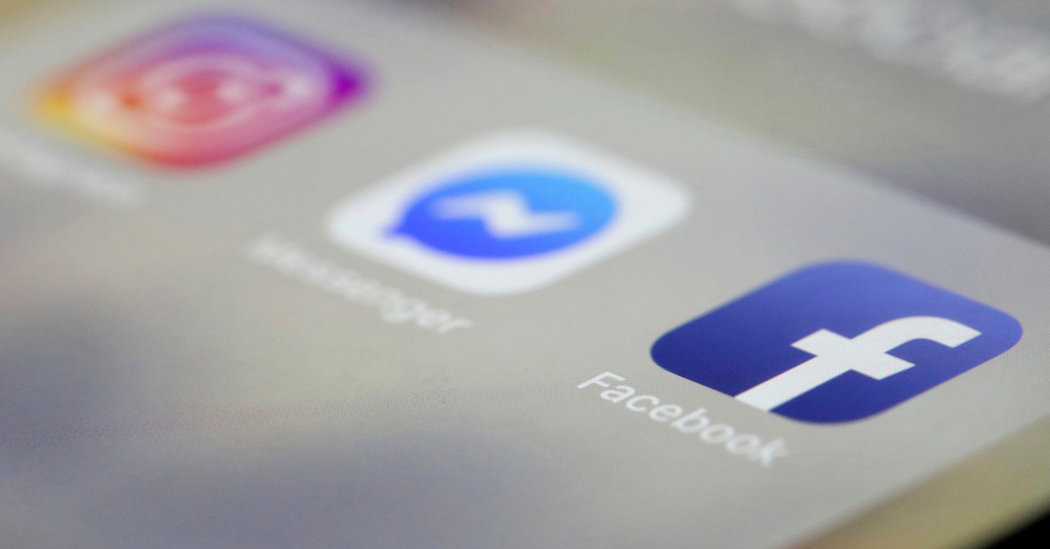 Facebook pushed back Thursday after Chris Hughes, a billionaire co-founder of the company, argued in a New York Times Op-Ed essay that the company would be broken up and regulated.

"Facebook accepts it successfully comes accountability," Nick Clegg, Facebook's vice president of global affairs and communications, wrote in a statement. "But you do not enforce responsibility by calling for the breakup of a successful American company."

The statement followed a long Op-Ed by Mr. Hughes published online Thursday morning and claimed that the social media giant was subjected to extensive government surveillance and separated into several companies, particularly by spinning photo sharing app Instagram and the messenger service WhatsApp. The essay will appear on print on Sunday.

Mr. Hughes co-founded Facebook with Mark Zuckerberg 15 years ago when they were undergraduates at Harvard. He left the company in 2007 to work on the Obama campaign, and recently focused on the issue of income inequality. In the essay he repeatedly said that Mr. Zuckerberg is a good, kind person, but only has too much power for any individual.

"The government must hold Mark responsible," Hughes wrote in the column 5 800 words, arguing that the social media giant has grown far too powerful.

"From our earliest days, Mark used the word" dominance "to describe our ambitions, without any hint of irony or humility," he wrote. "Over a decade later, Facebook has gained the price of dominance. It's worth half a trillion dollars and commands, by my estimation, more than 80 percent of the world's social networking services.

It is a powerful monopoly, although others have made similar arguments over the past year, released the essay from a long-standing trusted by Mr. Zuckerberg's great interest, given Hughes' role at the start of the company and his once closely affiliated with Mr. Zuckerberg, [19659002] Of course, the debate has also played out on Facebook itself and other social media platforms, some saying that Mr. Hughes's argument was hole, because he had made hundreds of millions of dollars from Facebook, others said that a breakup would not solve the core issues a few companies had with so much power over the information flow.

The Specific Prescription M r. Hughes offered was the government's intervention. He wrote that the Federal Trade Commission and the Justice Department "should enforce the antitrust law by repealing Instagram and the WhatsApp acquisitions and banning future acquisitions for several years." He called the decision to allow Facebook to buy these two big competitors "FTC's biggest mistake."

He also claimed that just breaking up Facebook would not be sufficient. "We need a new agency, empowered by Congress to regulate technical companies," he wrote, claiming that "his first mandate should be to protect privacy."

A person who embraced the essay was Senator Elizabeth Warren, the Massachusetts Democrat who made the breakup of Facebook, Google and Amazon a cornerstone of her presidential campaign. She expressed their support on Twitter and on medium.

"Weak antitrust enforcement has led to a dramatic reduction in competition and innovation in the technology sector," Warren wrote. "Venture capitalists are now reluctant to fund new startups to compete with these big tech companies because it's so easy for big companies to either snap up growing competitors or drive them out of business."

Tim Wu, a professor of antitrust law at Columbia Law School and author of "The Curse of Bigness: Antitrust in the New Gilded Age", also applauded the proposal. "It would be part of an American tradition to break up some of the biggest technology companies that have produced positive results," he said.

He pointed to AT & T, the telephone monopoly disassembled in eight smaller companies in 1984. "Many of what we now call the internet revolution was a by-product of breakup," he said.

But Kent Lassman, president of the Competitive Enterprise Institute, said industry-specific regulations might come back. Established business interests will use them to stave off the competition, he said. "It is absurd for innovative companies to demand constant permission from regulators like the FTC to adapt to a dynamic market."

As a practical matter, a Facebook breakup will not happen at any time, Bill Kovacic, professor of global competition at George Washington Law School, said. He said that Facebook could argue that WhatsApp and Instagram had grown to successful businesses with satisfied customers: "How do we know that they would have proven to be an independent and effective competitor?"

He said that Hughes essay "dramatically underestimates the difficulty of the government in such a case."