Chinese billionaire accused in US of alleged customs evasion scheme 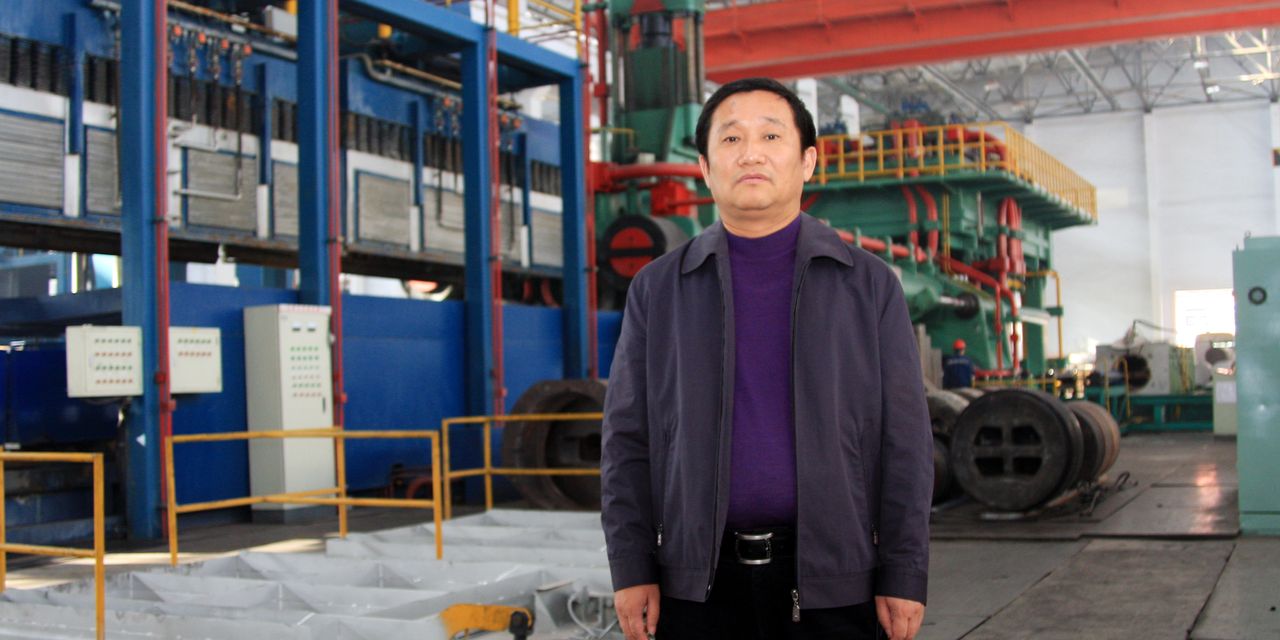 The lawsuit, which was obtained in May but not sealed before this week, accuses Liu Zhongtian, founder of the Chinese aluminum giant

Holdings Inc., to conspire to scam the United States through a sprawling scheme that spans its headquarters in Liaoning, China, is set in Los Angeles and a remote desert in Mexico. It claims that the scheme began in 2008 and continues to this day.

The prosecutors said they believe it is one of the largest customs-related cases ever brought by the Justice Department. The accusation comes as negotiations between the Trump administration and China over their ongoing trade dispute resumed this week following last week's charges.

Do you think this charge will affect US tariffs? How? Join the conversation below.

An arrest warrant has been prepared for Mr. Liu, one of the world's richest aluminum magnates, said an official with knowledge of the investigation. The 55-year-old, known as "Uncle Liu" and "Big Boss", according to the indictment, is believed to be in China. He faces scams and international charges of money laundering that have a maximum prison term of 465 years if convicted, according to prosecutors.

"America is not a playground for corrupt businessmen," said Nicola Hanna, United States Attorney for the Central District of California.

The company is accused of using aluminum shipments to inflate revenues for several years, creating the false impression that the United States demands for the products was strong. China Zhongwang is listed on the Hong Kong Stock Exchange.

Jeremy Scott, Assistant Special Agent in charge of Homeland Security Investigations in Los Angeles, who led the investigation, said that attempts to bring Liu to the United States to meet charges are likely to have to be prepared through the Department of Foreign Affairs. The United States does not have an extradition agreement with China.

The Beijing Foreign Ministry and the Chinese Embassy in Washington, DC, did not immediately respond to requests for comment.

The indictment accuses Mr. Liu and his associates of funneling cash to shell companies owned by Mr. Liu to buy aluminum from China Zhongwang and then marketing it to American buyers, masking the origin of the metal and skirting US tariffs in the process.

US and Chinese trade negotiators meet this week in Shanghai, with the US side pushing for expanded intellectual property protection and cuts in government subsidies to business, while China is asking the US to drop all tariffs.

The Trump administration has claimed that billions of dollars of China-made goods avoid customs duties by entering the United States through other countries in Asia, especially Vietnam. Trump this week warned that if he is re-elected, he will impose a tougher trade deal against China than is currently being discussed. A main target for the administration's tariff rates has been imports of steel and aluminum.

A spokeswoman for the US attorney in Los Angeles said the trade negotiations had no effect on the investigation of Mr. Liu.

The Wall Street Journal has previously reported that Mr. Liu controlled a number of companies that avoided tariffs by sending billions of dollars of China's Zhongwang aluminum to the United States. The ongoing investigation by the Justice Department began after the journal – citing company records, trade documents and legal filings and interviews with people doing business with Mr. Liu – published an article on the alleged scheme in 2016, prosecutors said.

Mr. Liu refused involvement at that time. "These things have nothing to do with me," he said in an interview with the journal in 2016.

The US penalties for certain aluminum imports from several Chinese companies, including China Zhongwang, were introduced in 2011 after a trade ministry investigation concluded that the companies sold the metal at artificially low prices in the United States while receiving subsidies at home.

Mr. Liu is said to have listed customs by shipping aluminum to the United States in the form of pallets, a finished product that is not on the list of penalized items. But most of the pallets were actually not finished products, according to the indictment, and were allegedly a way to smuggle aluminum in the United States without paying the correct tariffs, investigators say. Between 2011 and around 2014, companies controlled by Mr. Liu imported 2.2 million of the counterfeit pallets into the United States, according to the indictment, and avoided about $ 1.8 billion in import duties.

In 2016, much of the Chinese aluminum that had been shipped to Mexico and the United States began coming to Vietnam when Liu allegedly tried to escape US authorities investigation of the scheme, according to the indictment.

The magazine previously reported that Liu was helped to store aluminum in Mexico by Po-Chi "Eric" Shen, a native of Taiwan and a US citizen, according to court documents and interviews with Mr. Shen.

Mr. Shen has agreed to plead guilty to a charge of evading federal income tax and to cooperate with the investigation, Department of Justice officials said. A lawyer for Mr. Shen declined to comment.

Write to Dan Frosch at dan.frosch@wsj.com and Scott Patterson at scott.patterson@wsj.com

Corrections & Reinforcements
Po-Chi “Eric” Shen is a Taiwanese resident and a U.S. citizen. An earlier version of this article incorrectly stated that Mr. Shen is originally from Singapore. (July 31, 2019)