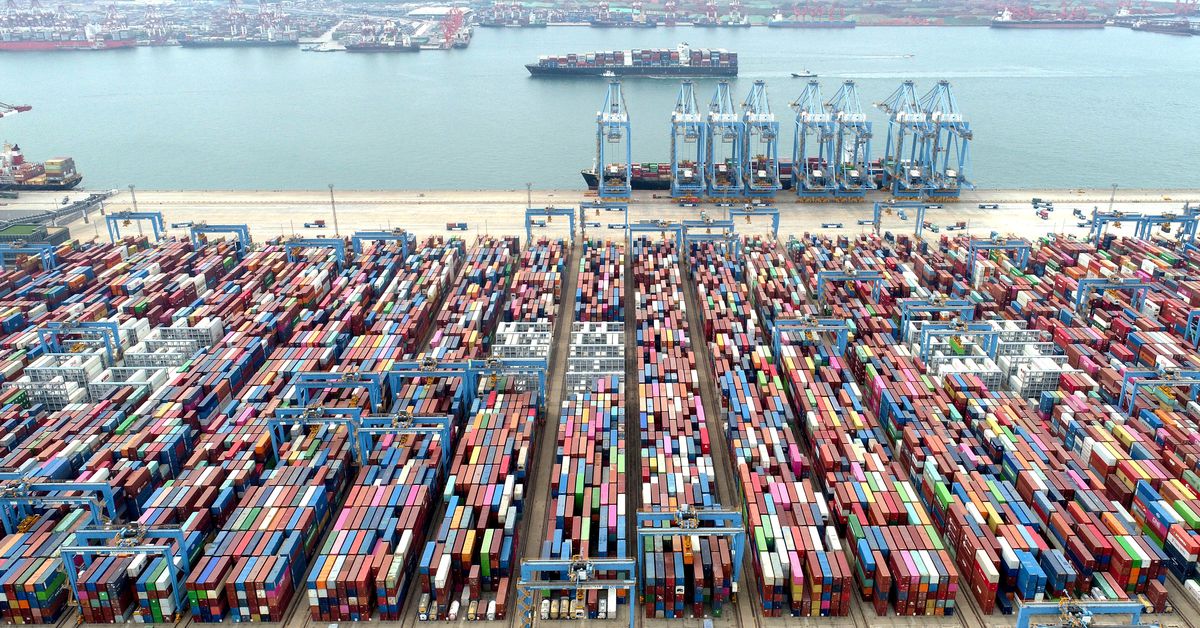 Exports rose 7.1% in August from a year earlier, slowing from an 18.0% rise in July and marking the first decline since April, official data showed on Wednesday, well below analysts’ expectations for a 12.8% rise.

The disappointing trade figures for August rattled global financial markets, which have already slumped under a rising dollar and the prospect of much higher US interest rates. read more

“It appears that the export softness came earlier than expected, as fresh shipping data suggests that demand from the US and EU has already eased as freight rates have fallen significantly,” said Zhou Hao, chief economist at Guotai Junan International.

He expects price effects to continue to disrupt trade and said import growth in real terms had already turned negative since the end of the first quarter, suggesting more headwinds for demand.

In response to the disappointing data, China’s yuan extended its losses, losing 0.36% to 6.98 per dollar and approaching the psychologically crucial 7 mark. read more

Despite weakening around two-year lows, the weaker yuan has failed to give China’s exports the competitive edge they need to offset subdued external demand.

Export hub Yiwu imposed a three-day lockdown in early August to contain a COVID outbreak, disrupting local shipments and the delivery of Christmas goods amid the peak season.

Bucking the broader trend, auto exports remained robust in August, jumping 47% from a year earlier, according to Reuters calculations based on customs data.

Weak domestic demand, weighed down by the worst heatwaves in decades, the property crisis and weak consumption, crippled imports.

Incoming shipments rose just 0.3% in August from 2.3% in the previous month, well below a forecast of a 1.1% increase. Both imports and exports grew at the slowest pace in four months.

Scorching temperatures, however, led to the fastest rise in coal imports this year, as power generators sought extra fuel to meet rising demand for electricity.

“The markedly slower import growth indicated that the sector has faced a wave of headwinds in recent months, which is not expected to abate anytime soon,” said Bruce Pang, chief economist at Jones Lang Lasalle.

“The COVID outbreak is disrupting supply chains and demand, while the power rationing measures are hurting production. The broad dollar strength is also putting pressure on imports.”

This produced a narrower trade surplus of $79.39 billion, compared with a record surplus of $101.26 billion in July, the lowest since May when Shanghai emerged from lockdowns.

Chinese policymakers this week signaled a renewed sense of urgency to prop up the flagging economy, saying action was critical in the quarter as data pointed to a further loss of economic momentum. read more

The central bank said on Monday it would cut the amount of foreign exchange reserves financial institutions must hold, a move aimed at slowing the yuan’s recent slide. read more