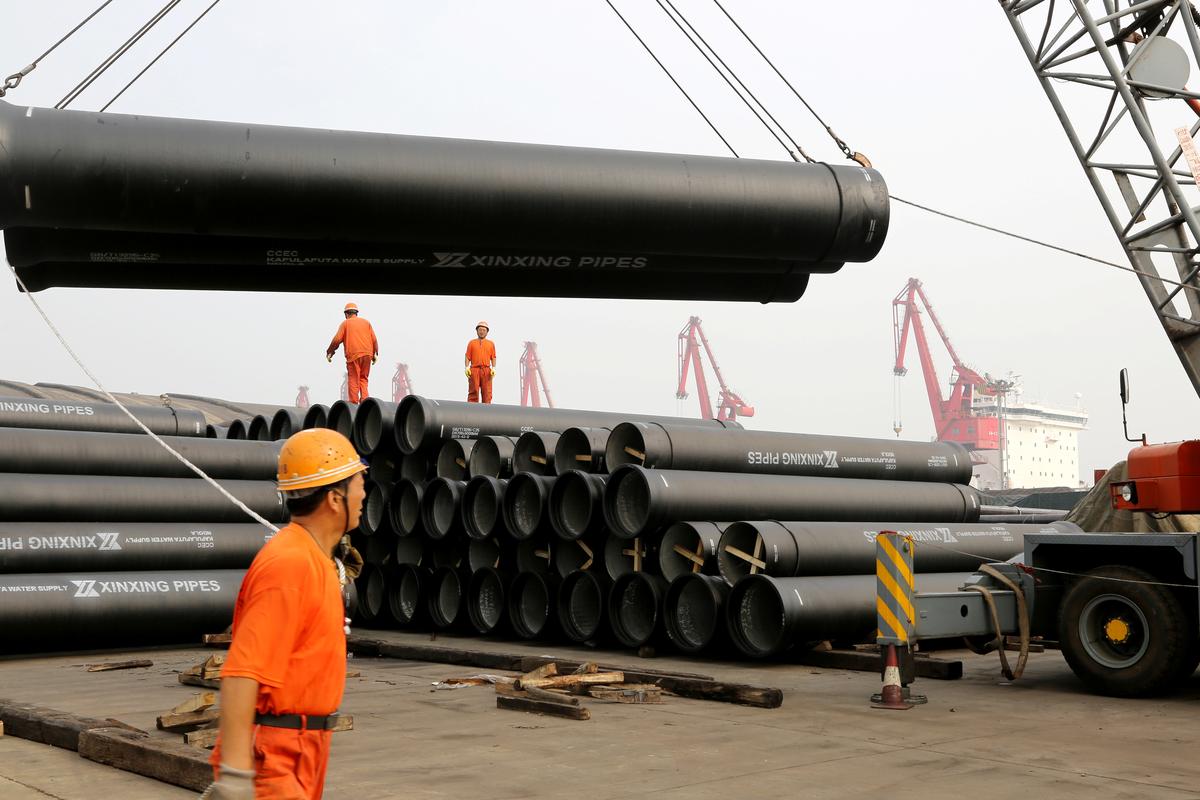 Buyer management index (PMI) stood at 49.4 in June, China's national statistics office said Sunday. unchanged from the previous month and below the 50-point mark that distinguishes growth from contraction on a monthly basis. Analysts asked by Reuters predicted a reading of 49.5.

The weak production readings will probably provide a shadow over the apparent progress. US and Chinese leaders at the G20 summit in Japan this weekend, resuming their troubled talks on tariffs in the midst of an expensive trade war.

They will also consider concerns about halting growth in China and the risk of a global recession, despite somewhat better-than-expected export and industrial performance data in May.

Many economists still expect the economy to face strong headwinds in the coming months as domestic demand falls and external risks rise.

"Although the outcome of the G20 summit (in Osaka) may increase confidence in some entities, organic growth in the economy remains inadequate and cyclical policy must be maintained," researchers at Huatai Securities wrote on a Sunday research note.

"The PMI index continued to fall across the board this month, and only the commodity inventory's sub-index rose due to weak demand," the survey explains.

China's production growth delayed in June, with the sub-index falling to 51.3 from 51.7 in May while the total new order call increased to 49.6 from 49.8.

Export orders increased their decline with the sub-index falling to 46.3 from May 46.5, suggesting a further deterioration in global demand.

The import orders are also deteriorating, reflecting demand prevention at home, despite the fact that growth-support measures have been selected earlier this year.

Presidents Donald Trump and Xi Jinping held icebreaking talks at the G20 summit on Saturday. However, Chinese state media warned on Sunday in Beijing, and Washington is likely to face a long way before the two countries could reach an agreement.

Analysts at Nomura expect that gains made on a temporary trade agreement between China and the United States will prove volatile with a renewed escalation likely further down the road.

Trump has already imposed $ 250 billion of Chinese goods and threatens to expand them to another $ 300 billion, which would effectively cover all of China's exports to the United States. China has retaliated with tariffs on US imports.

To deal with the economic challenges, decision makers have issued a number of measures and are expected to launch more. Premier Li Keqiang last week promised to cut real interest rates on financing for small and micro companies.

Goldman Sachs said there were no substantial advances in China and the United States. Trade calls on the G20 this weekend suggested stimulus, including cuts to banks' reserve requirements, was probably needed.

Manufacturers continued to cut jobs in June, with the employment index falling to 46.9, compared to 47.0 in May when it hit the lowest level seen since March 2009.

An official business survey showed activity in China's service sector persisted in June despite increased pressure on the broader economy from US trade measures, with the official reading of 54.2 in June from 54.3 in May

Beijing has counted on a strong service sector to pick up slack as it attempts to shift the economy away from a heavy industry and manufacturing export addiction.