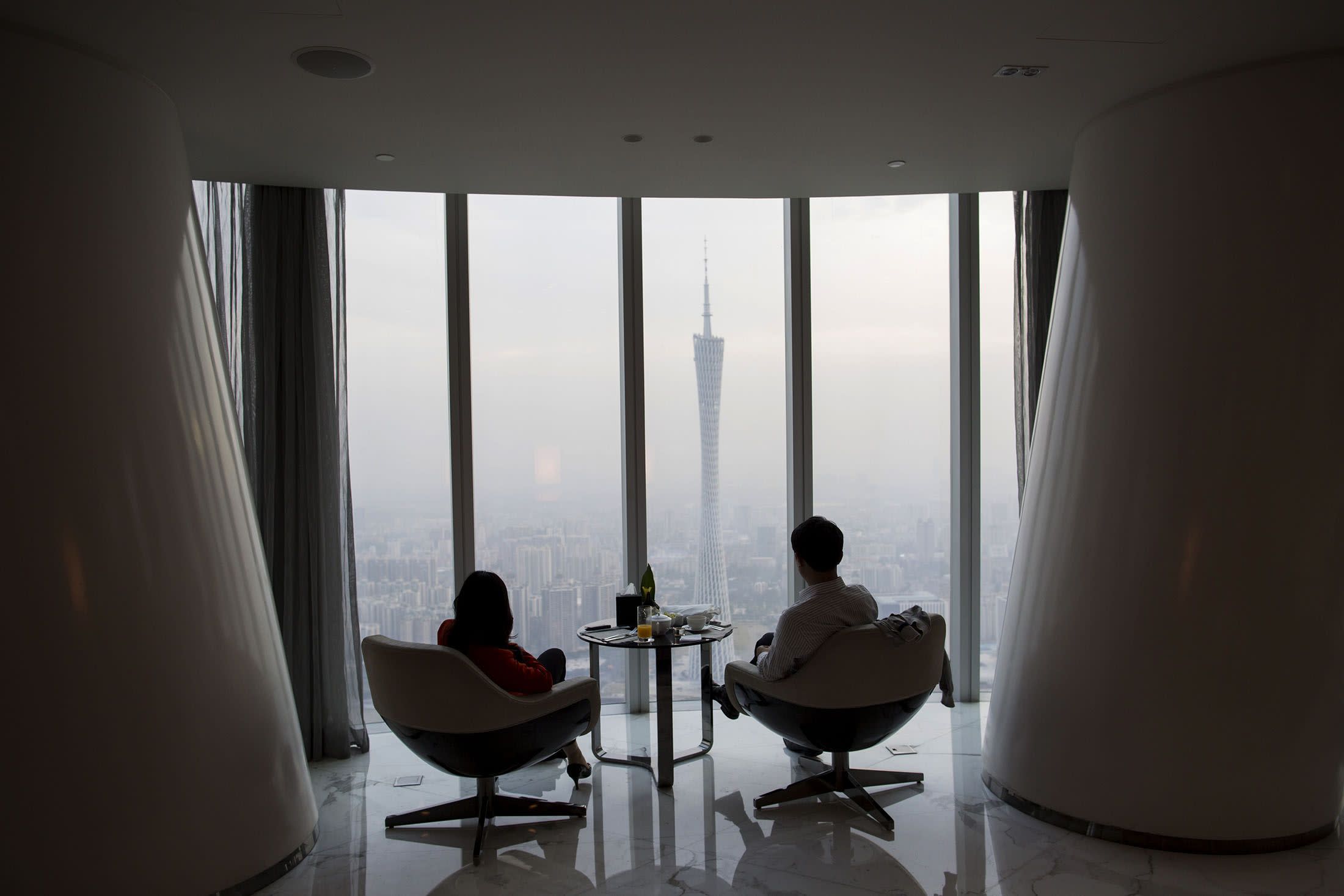 (Bloomberg) – Foreign debt accumulated by Chinese companies is about one-third larger than official data shows, increasing pressure on the country's foreign exchange reserves as a wave of repayment obligations approaches in 2020.

On top of the USD 2 trillion in debt to foreigners caught in official data, mainland Chinese companies have around another $ 650 billion in debt built up by subsidiaries abroad, according to estimates by Bloomberg. About 70% of this debt is guaranteed by entities such as onshore parent companies and their subsidiaries, the data shows. The amount of debt maturing will rise in the coming quarters, with $ 63 billion maturing in the first half of 2020.

The prospect of Chinese companies rushing to find dollars for service commitments comes at a time when the authorities have already allowed the currency to fall below 7 per dollar in the midst of a trade war with the United States The nation is now at risk of reprisal of what happened after the devaluation of the yuan in 2015, as servicing of foreign debt contributed to a rapid decline in the country's foreign exchange reserves.

China's debt service risk can be underestimated with this portion of debt that remains outside the official meter, "said Ji Tianhe, a strategist at BNP Paribas SA in Beijing, adding that $ 3.1 trillion in foreign exchange reserves is" just enough " to cover the risk.

The PBOC set the yuan fixing rate at $ 7,057 per dollar on Monday morning, stronger than expected, the offshore Chinese yuan offsetting its losses after falling to a low against the dollar.

Countries like China controlling the flow of cross-border capital is recommended to have reserves worth 30% of short-term foreign debt, 20% of other external liabilities, 10% of exports and 10% of the broad money supply to counter potential outflow risk, according to a guideline from the International Monetary Fund.

Using this methodology for official data on China's foreign obligations suggests that the nation will need at least 2 trillion d caused by reserves during a currency crisis, and more than that if capital controls are not well enforced, according to Natwest Markets Plc. If the debts of the Chinese companies' foreign entities are taken into account, the reserves will have to be higher.

China does not include debt to offshore entities when calculating foreign liabilities, and this is in line with global standards, according to the State Administration of Foreign Exchange, the part of the People's Bank of China that manages the reserves. SAFE also emphasized that the collection of these offshore units is under their regulatory oversight, according to a written response to questions from Bloomberg.

"China's foreign debt risk is under general control" and there is still room to obtain more foreign debt, Ye Haisheng, SAFE director responsible for capital management, wrote in an article in April. "However, a country that is too heavily dependent on foreign debt is exposed to debt-related risks and even exchange rates and economic crises" when the external environment worsens, he said, referring to episodes such as Europe's public debt turmoil over the past decade.

Pressure on Chinese companies to repay or refinance debt securities will increase by 2020, data compiled by Bloomberg shows, and the recent weakening of the yuan to ten years of low sustained trade frictions can complicate this process. Transient repayments and stricter refinancing rules can lead to defaults, capital inflows and even outflows, squeezing domestic credit inflows, according to research by Nomura Holdings Inc.

“Statistically, these loans from foreign entities are not China's direct foreign debt, "Said Guan Tao, a former official in the foreign exchange administration. "But if it is guaranteed by domestic companies, which have a secondary repayment obligation, it becomes contingent debt."

If companies struggle to pay the coupon or repay the debt, the effects can become more widespread. In June, China Construction Bank Corp had to repay a $ 300 million defaulted note from a foreign entity of China Minsheng Investment Corp., when it had issued a standby credit note.

Offshore parent companies may also have to increase security if the yuan swings wildly, and this will increase borrowing costs for borrowers, said Guan, now a professor of economics at Wuhan University. He added that the risk should not be exaggerated because it must be analyzed case by case.

"Over the next few years, China is eligible to inflict consistent current account deficits as trade tensions reduce net exports and outflow of services continues to increase," wrote Mansoor Mohi-uddin, Natwest Markets macro strategist. Therefore, the PBOC is likely to want to maintain its foreign exchange reserves in the event it faces the balance of payments in the future. "

(Updates with yuan in the fifth paragraph.)

– With assistance from Huixuan Qu and Zheng Wu.

To contact the editors responsible for this story: Jeffrey Black at jblack25 @ bloomberg .net, James Mayger