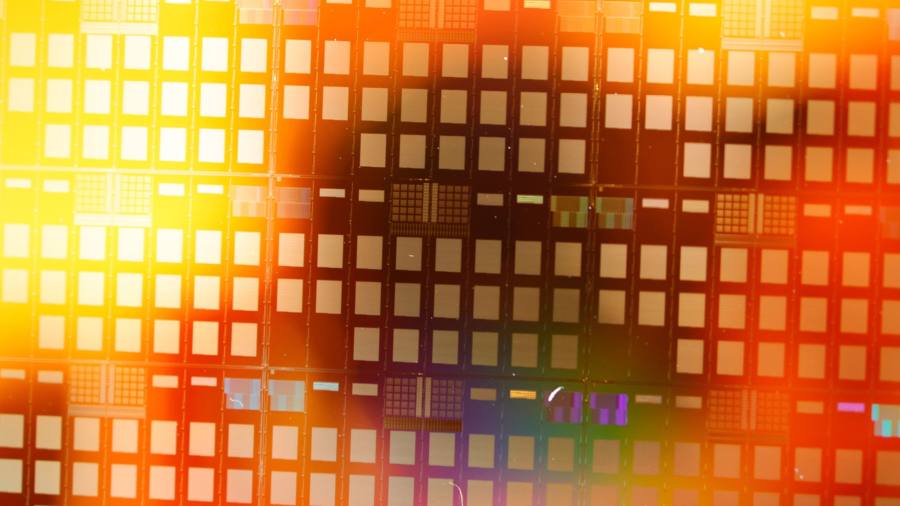 Two years after the United States hit Huawei with tough sanctions, the Chinese tech group’s revenue has fallen, it has lost its leadership position in networking equipment and smartphones and its founder has told employees that the company’s survival is at stake.

Now China’s entire chip industry is bracing itself for similar pain as Washington uses the tools tested on Huawei much more widely.

Under new export controls announced on Friday, semiconductors made with US technology for use in AI, high-performance computing and supercomputers can only be sold to China with an export license ̵[ads1]1; which will be very difficult to obtain.

Also, Washington prevents US citizens or entities from working with Chinese chip makers except with specific approval. The package also strictly limits exports to China of chip-making tools and technology that China can use to develop its own equipment.

“To put it mildly, [Chinese companies] basically goes back to the Stone Age, says Szeho Ng, CEO of China Renaissance.

Paul Triolo, a China and technology expert at the Albright Stonebridge consultancy, said: “There will be many losers as the tsunami of change triggered by the new rules washes over the semiconductor and related industries.”

He added that the impact will be particularly large for Chinese companies that use US-origin hardware to deploy AI algorithms, including for autonomous vehicles and logistics, as well as medical imaging and research centers that use AI for drug discovery and climate change modeling.

“The full impact will take some time to become clear, but will at the very least slow innovation in both China and the United States, ultimately costing American consumers and companies hundreds of millions or even billions of dollars,” Triolo said.

Several of the new controls work through third-country chip makers, as nearly every semiconductor is designed using American software and most chip plants contain American machines.

“You can look at Huawei as a case study,” said Brady Wang, an analyst at technology market research firm Counterpoint. Although Huawei could still obtain certain supplies, he said, they were not the most advanced, but those from an earlier era, which would limit the functionality of the products.

The new controls on semiconductor equipment are also a potent weapon, which will hit mainstream manufacturers and leading chip makers. According to analysts at Bank of America, the device restrictions will affect logic chips designed in the last four to five years, and Dram chips designed after 2017. “That’s their sweet spot right now – they’re a technology laggard and rely on older tools and technology ,” said Wayne Lam, analyst at CCS Insight.

Chinese chip companies are even more worried about Washington’s efforts to prevent American citizens from supporting them.

“It’s a bigger bomb than stopping us from buying equipment,” said an HR manager at a state-backed semiconductor plant.

“We have [US passport holders] in our company, in some of the most important positions,” she said, calling them a “core weapon” for developing technology. “We have to find a way for these people to continue working for our company. This is very difficult. Most of them are not willing to give up their American passports.”

Most US citizens in the Chinese chip sector are Chinese and Taiwanese returnees from the US. There are no statistics on the size of this group. But a Taiwanese intelligence agency estimated that as many as 200 American passport holders worked in Chinese semiconductor companies.

And the restrictions extend beyond that group. An executive at a semiconductor materials supplier said his company would have to replace all U.S. sales and technical support staff sent to Chinese customers.

Another threat to China’s entire technology industry is a new licensing requirement for the export of chips for use in AI and high-performance computing.

“The whole point of the policy is to kneecap China’s AI and HPC efforts, at least those related to the military, with the commercial collateral damage from the US government’s point of view,” said Douglas Fuller, an expert on the Chinese semiconductor industry at Copenhagen Business School.

Even some of China’s biggest technology companies such as Alibaba and Baidu are believed to be vulnerable. “[Their] the entire research and development progress will be slowed down, Counterpoint’s Wang said. 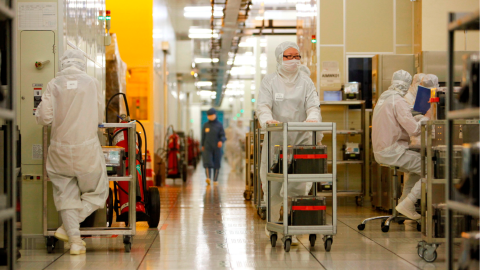 With the Chinese consumer semiconductor market now accounting for nearly a quarter of global demand, foreign suppliers are also set to take a hit.

The American equipment manufacturer Applied Materials obtained 33 percent of its sales from China last year, and the same company Lam Research 31 percent. Lam Research named Yangtze Memory Technologies, China’s largest memory chip maker that the US specifically targets under the new rules, as a significant customer in its annual report, and BofA estimates that 6-7 percent of Lam Research sales are to YMTC.

Since many of Intel’s high-end processors go into Chinese supercomputers, BofA expects the restrictions could affect up to 10 percent of Intel’s sales.

But some analysts believe that the measures will favor foreign chip makers. Since the US’s main motive was to slow China’s development in the most advanced semiconductor technology, leading foreign chipmakers such as Taiwan Semiconductor Manufacturing Company (TSMC) or Intel would benefit, said Akira Minamikawa, a semiconductor analyst at research firm Omdia.

He said flash memory makers that compete directly with YMTC, such as Japan’s Kioxia, may “get some benefit” from the new US measures, but the gains are likely to be small.

Kim Young-woo, head of research at SK Securities, said the fact that Washington has not imposed an across-the-board ban on equipment supplies to foreign chipmakers operating in China will come as a relief to Korean semiconductor companies, but the need for export licenses may still be a problem.

The biggest question is how China will respond. “We are in a negative cycle where the US continues to push for restrictions, which pushes the Chinese to strive for technological independence, which in turn pushes the US towards tighter restrictions,” said an industry insider in Beijing.

But Beijing’s leverage is limited. “This will drive the Chinese to look for alternatives, but with the recognition that alternatives to American technology are decades away,” the person said.

This serious situation can lead to more theft of intellectual property. As some equipment now under export controls is already being used in China, Beijing could ignore intellectual property rights and reverse the machinery to empower local equipment makers, Lam said at CCS. He added: “We could be shooting ourselves in the foot.”