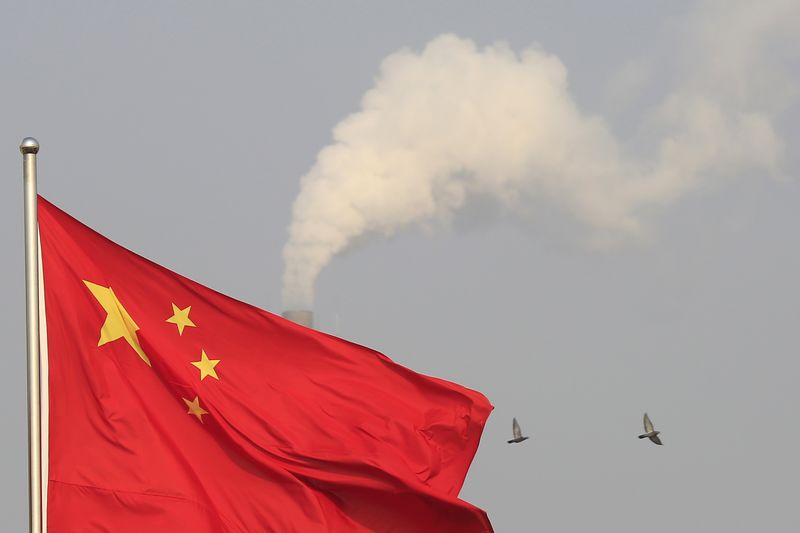 Investing.com – China's economy is still under pressure, but some mixed data on Monday morning gives a glimmer of hope.

(PMI) released Monday morning, registered an increase to 50.4 in August (with a number over 50 signal expansion) up from 49.9 in July.

However, the official released by the National Bureau of Statistics (NBS) suggested a gloomy view. NBS said that the official PMI for August came in at 49.5, down from 49.7 in July.

With a more positive comment, the services seem to be doing better. T he official rose for the first time in five months to 53.8 in August from 53.7 in July.

The Caixin index suggested that production output expanded in August but growth is still below historical averages.

Disclaimer: Fusion Media will remind you that the data contained on this site is not necessarily real-time or accurate. All CFDs (stocks, indices, futures) and Forex prices are not provided by stock exchanges, but rather by market makers, so prices may not be accurate and may differ from actual market prices, which means prices is indicative and not appropriate for trading purposes. Therefore, Fusion Media bears no responsibility for any loss of trade you may incur as a result of using this data.

Fusion Media or anyone involved in Fusion Media will not be liable for any loss or damage as a result of the information including data, quotes, charts and purchase / sale of signals on this site. Be fully informed about the risks and costs associated with trading in the financial markets, it is one of the most risky forms of investment possible.