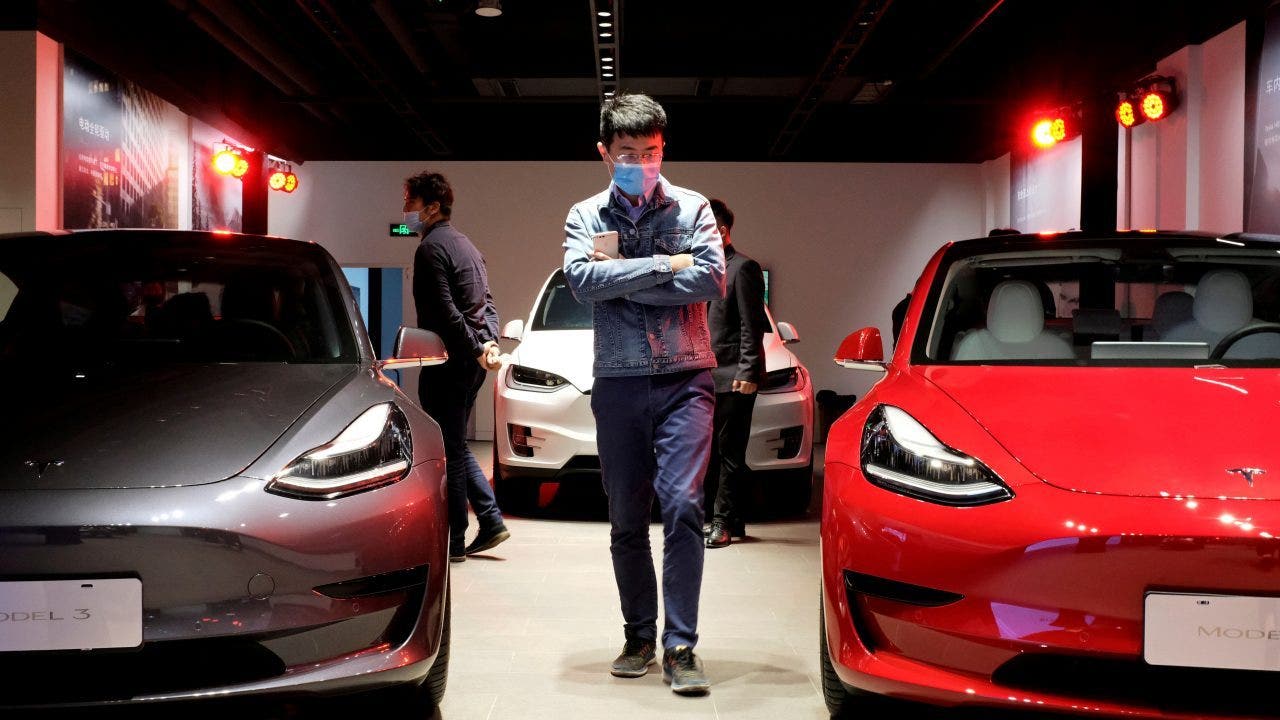 Hundreds of Tesla customers in China who bought cars from the electronic vehicle maker late last year protested at Tesla stores after the company announced it would cut prices in response to disappointing sales figures, videos show.

Tesla cut prices last week for its Model 3 and Model Y vehicles in China, the world’s largest market for cars.

The company cut prices after disappointing sales figures for the electronic vehicle pioneer hit a five-month low, with 55,796 cars delivered in China in December, or 44% less than the previous month.

A man wearing a face mask following the outbreak of the coronavirus disease (COVID-19) walks past Tesla Model 3 sedans and the Tesla Model X sport utility vehicle at a new Tesla showroom in Shanghai, China on May 8, 2020. (REUTERS/Yilei Sun/Reuters Photos)

In the video, people marched into the store, following a person holding a sign over his head. Another person is then seen trying to take the sign out of the person’s hands.

Tesla’s stock has fallen over the past year and is down about 72% from its November 2021 high.